The Problem with Bans 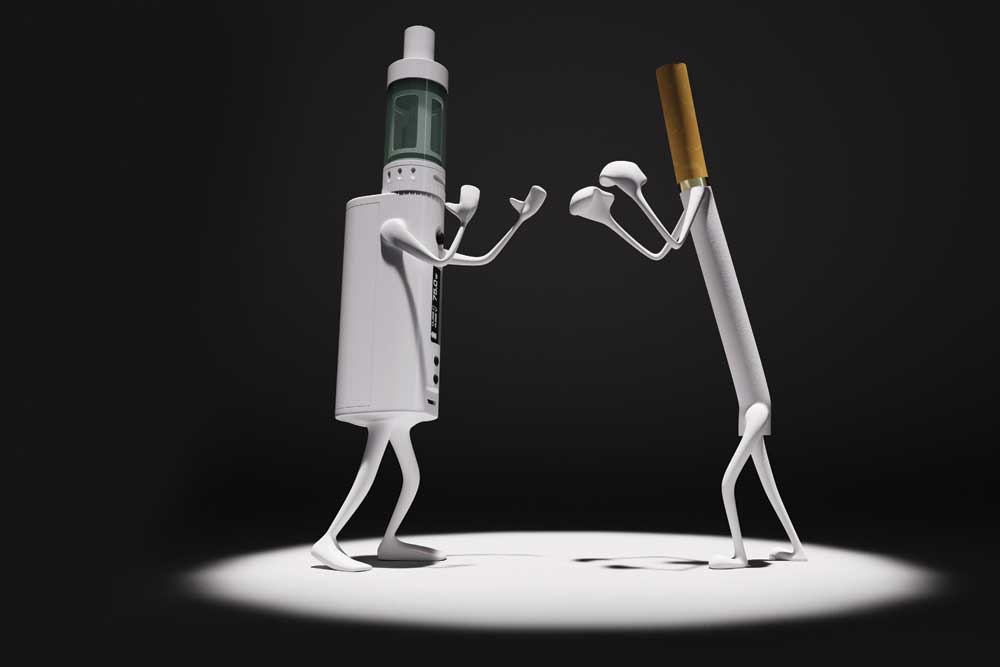 THERE IS A good case to be made about vaping as a public health hazard. The war against tobacco had been almost comprehensively won and not just by coercion alone. Cigarettes, for example, had stopped being an acceptable habit thanks to the enormous amount of resources put into awareness campaigns and the overwhelming evidence of the harm it does. A few decades ago students in colleges took to smoking as a rite of passage but it has long stopped being a fashion statement even among them. And then along came vaping, an electronic form of smoking that suddenly made it cool to smoke again. Teenagers took to it mainly, opening up the door for an entire generation to return to nicotine addiction. Vaping falsely projected itself as safer, which might be true when
compared with tobacco but not so when the alternative was to not take any nicotine whatsoever.

The Government on Wednesday decided to ban it through an ordinance. The press release said, ‘Any production, manufacturing, import, export, transport, sale (including online sale), distribution or advertisement (including online advertisement) of e-cigarettes shall be a cognizable offence punishable with an imprisonment of up to one year or fine up to Rs. 1 lakh or both for the first offence; and imprisonment of up to three years and fine up to Rs. 5 lakh for a subsequent offence.’ But even if good in intention with a salutary objective in mind, it is a policy riddled with hypocrisy.

For one, everyone agrees that tobacco is more harmful than vaping but there is no ban on it. An e-cigarette manufacturer can now be sent to jail for a year, whereas the Government itself is in the tobacco business. Through its financial institutions, it owns just under 30 per cent of ITC, the largest cigarette manufacturer in India. Leave alone privatisation of public sector units to raise revenues, it can easily sell its ITC stake and not participate in the tobacco business while getting tens of thousands of crores. But it hasn’t chosen to do so. The Government also makes a huge amount in taxes from the tobacco industry. Its moral authority to act against vaping becomes somewhat suspect then.

The other reason it doesn’t act against tobacco seems at first glance to be more understandable. It doesn’t want the enormous number of people dependent on the tobacco industry to lose their livelihoods. But assume, for a moment, that heroin was a legal product being sold openly and suddenly the world realised the danger of narcotics. Would the argument of saving people’s livelihoods as against lives still hold then? Would it want to phase out heroin across decades or make it illegal immediately?
Allowing tobacco to remain legal also makes a ban against a lesser evil ineffective. For teen students, the idea of flouting the ban will be as inviting as the cool quotient of vaping. And then it is just a matter of time before demand and supply dynamics take over and a flourishing underground market springs up.

The Problem with Indian Vegetarianism