The Pet Peeves of Expats 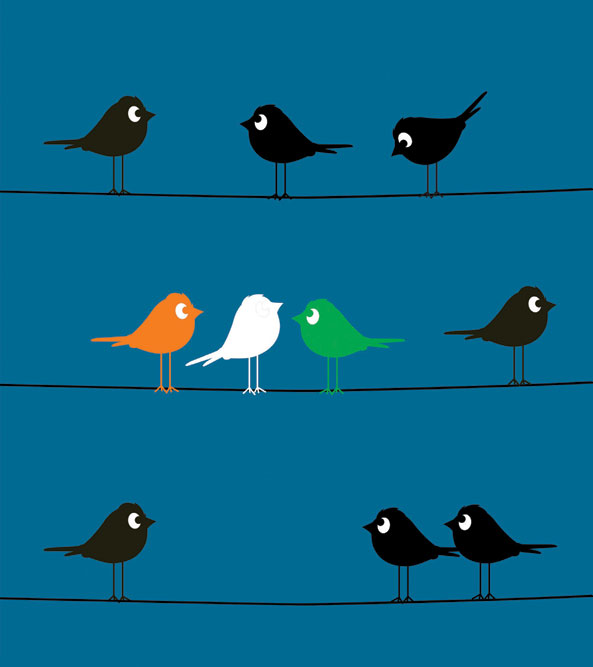 
HAVING SPENT THE best part of a quarter century living away from my country of birth and nationality, I’ve realised one great truth about expats. It’s not the colour of the skin, the accent, or the command of a language that gives expats away. Rather, it is their felicity at moaning about their delightful circumstances.

When I lived in China in the early part of this millennium, the full complement of complaints included how dirty the streets were and how difficult it was to make local friends given their unfriendliness. The inefficiency of service providers, the terrible traffic, the fact that flushing toilet paper often caused the commode to flood, and a tendency towards deceit amongst the people were other salient components of this heaving expat moan fest.

Personally, I found much beauty in China, the services to be remarkably efficient, the food to be a gastronomic delight, and the Chinese themselves to be refreshingly frank and curious. Given all of this, the fact that you did usually have to dispose of toilet paper in a specially provided bin rather than flushing it, was hardly onerous.

Nonetheless, when I moved from Beijing to Brussels in 2009, I was looking forward to it. Things would be so much easier “back home”, I was reassured by my European friends, some of whom didn’t seem to realise that not everyone shared their “home” geographically or metaphorically.

Everything worked, I was told, including the toilets. Things may cost more, but they were of assured quality. People in Europe lived by their word, they were ethical. None of that lying and cheating that went on in China with its get-rich-quick culture. The air was clean, the neighbourhoods green. Folks queued at bus stops and didn’t spit up foaming gobs of phlegm on the roads.

I spent the next three years in Belgium not only perennially chasing plumbers and being pickpocketed but also hanging out with an expat crowd (mostly, Europeans of various nationalities who worked for the Brussels-headquartered European Union) who never seemed to run out of complaints.

Brussels, they groaned, was an ugly and dirty city. No one cleaned up after their dog on the poo-punctuated streets. There was graffiti on the walls and the city was rife with thieving immigrants from Morocco. The traffic was dreadful. Belgians were corrupt and avoided paying taxes by every means possible. They were lazy. Also, they were unfriendly and rude.

When it came to expat conversation, be it in Beijing or Brussels—two cities about as different as Sun Tzu and Jean- Claude Van Damme—the déjà vu was nonetheless intense.

Yet, by the time I was set to move again, this time to Indonesia, I had come to look upon my stay in Belgium as magical, despite the suboptimal weather. Weekends had been filled with farmers’ markets and antique browsing. City squares were saturated with the smell of good coffee and waffles. I loved the quirky art-deco architecture that popped up along the most unexpected back lanes. There were more chocolate shops in Brussels than churches, which was just the right ratio.

And then there had been a particularly lovely act of random kindness. My spouse, year-old baby, and I were stranded on the sidewalk outside our home on an unprecedentedly snowy Christmas morning. We’d been trying to get a taxi to the airport to make our flight to Morocco, the destination for our winter vacation that year. The sudden bad weather meant that there was no functional public transport and no taxi available for hours.


The point that many expats are yet to learn is that every place needs to be accepted on its own terms rather than held up against an idealised ‘home’, which it will inevitably fail to measure up against. When we travel, we need to leave our homes not only physically, but mentally too

A young man, who we later discovered lived a few doors down the road, had approached us to find out why we were looking so dismayed. When we’d explained our predicament, he’d insisted on driving us to the airport in his car—no strings attached. “It’s Christmas after all,” he’d smiled. Upon returning to Brussels, I’d have the man and his boyfriend over for dinner. And I can assure you that Belgians are as charming and friendly as anyone an expat might find back “home”.

We went on to spend four years in Indonesia, where the volume of moaning was cranked up to haute decibels: open sewers, rats, terrible corruption, unhygienic conditions, mosquitoes, and unspeakable traffic jams. The wives of some diplomats found living in Jakarta so unbearable they had nervous breakdowns and had to move to Bali, having their spouses fly in on weekends.

For me, Indonesia was fascinating: lush, frangipani-scented, eclectic, with the kindest people who didn’t bat an eyelid when your child acted up in public. It was a Muslim majority country where people offered their non-Muslim guests snacks even as they fasted during the month of Ramadan. It was fertile startup territory filled with dynamic youngsters with big ideas. Women in headscarves and helmets zipped about on mopeds. Jakarta was a destroyer of stereotypes.

Then there was Japan. Even in this haven of comfort and aesthetics, expats managed to complain about the ugliness of Japanese cities, the inefficiencies of its services, the xenophobia of the locals, and the difficulties of the language.

In contrast, my four years in Tokyo passed in constant astonishment at the aesthetic sensibilities of the people. The way certain blossoming trees could attract crowds of the size only Bollywood actors or cricket players could attract in India.

I was deeply appreciative of how the average Japanese made a real effort to pronounce my name accurately. The level of social honesty was staggering. Japan was a country where What is Lost, is Always Found. Between the four members of my family, we lost wallets, lunch boxes, phones, jackets, Metro passes, and a laptop. Yet, we recovered every single item, sometimes within hours. Not a sterling recommendation for the Arias-Aiyar family’s personal habits, but a ringing endorsement of Japan.

None of this is to claim that people shouldn’t be allowed their peeves. I am no Pollyanna. I was not happy when I emerged from home in Beijing to step into someone’s freshly spat out phlegm on the road. I was less than delighted when my handbag was stolen upon arrival at Brussels airport. More than once, the traffic jams in Jakarta left my nerves jangling harder than the bells on Santa Claus’ sleigh. And in Japan, I discovered it was more fun to get a tooth extracted than to set up a bank account.

The point that many expats are yet to learn is that every place needs to be accepted on its own terms rather than held up against an idealised “home”, which it will inevitably fail to measure up against. When we travel, we need to leave our homes not only physically, but mentally too. Everywhere can be exhilarating. Everywhere has its treasures. And everywhere has something valuable to teach us. You only need the right eyes with which to look around.

Expats are amongst the luckiest folk on earth, presented with the opportunity to study the world from a materially comfortable vantage point. Frittering it away and complaining about what a place is not, rather than marvelling at what it is, is a criminal waste of privilege.