Trump is just one of them 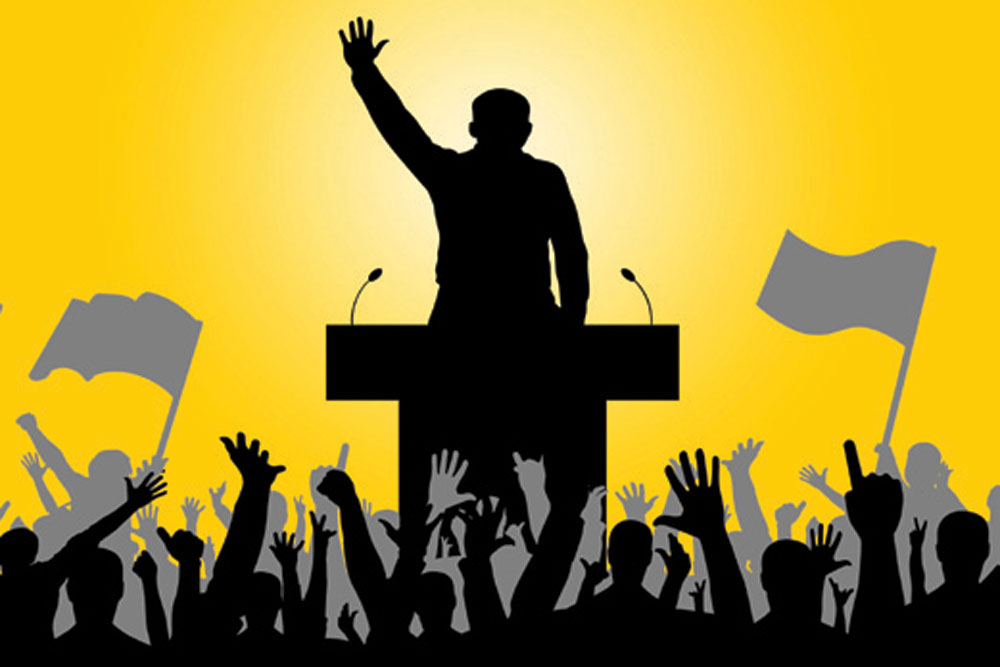 By conventional American political wisdom, this should be his moment to realise his own redundancy, to respect reality for once: Trump must retreat for Trumpism to survive as the defining character of the 21st century GOP. Didn’t the midterm elections bring to Mar-a-Lago the bad news—that Stop the Steal doesn’t sell; a new generation of Republican leaders, among them the Florida governor, has higher winnability; his endorsements in the midterms only ensured defeat; and Candidate Trump is the Democrats’ best hope in 2024? Conventions don’t matter for someone who has been seeking validation for his delusions since 2020. He is not alone. He is the most aggressive, fact-bending face of a political culture born in the accumulated ruins of traditional party politics. In him merge the strands of a new liberator’s credo in which the self-chosen redeemer balances the past and the future with a simulation of greatness: Make America Great Again. A quick dissection of a pervasive type.

THE PERSONAL IS DESTINY The grandeur of ideology has been replaced by the originality of the individual. He—mostly a he, yes—comes from the shadows, with a story to tell. A story drawn from his own life, the mythology of which is amplified by his own narrative skills. Invariably, it’s a life scarred by the struggle against social elitism and establishmentarian politics. The system, in his story, is a lie, and it is set against the ordinary, the natives, and they alone, from the margins, dream of national greatness. He is the medium through which they can take back control of their endangered nation. To manufacture a redeemer cult is to subordinate the glorious tomorrow to his present struggle against the system. The base feeds on the story, and comes to share his grievance, his victimhood, his fake martyrdom in the arena. He is the singular action hero in the national epic of renewal.

CREATE AN ALTERNATIVE REALITY There is no point in being the king of wretchedness. In the inherited dispossession and injustice, he is the underdog barking his way to the golden future. Ruritania is a permanent state of mind in the struggle for reclamation. Everything around the culturally isolated and politically disowned is inauthentic. It is a work of deception by the Establishment; the media is its amplifier. The nation is lost in the fog of the fake. It is his nationalist duty to create the real: the unreal that confirms his pathologies and his base’s instincts. The unreal is made real for the base through the art of repetition: the persistence of a lie is truth itself. Citizens of the make-believe are the most faithful, and he reigns there as their solitary king.

RIGHT OF RIGHT AND LEFT OF LEFT Dismantling is a necessary step towards rebuilding the future, certainly in a world where the failures of the traditional left and right are still unfolding. The redeemer cult is built on those failures. It’s not the pinstriped plutocracy that sustains today’s right as a theology of economic salvation and cultural empowerment but the underclass. The shirtless of the heartland have become the most influential stakeholders in populist democracies. They have made Marx irrelevant and Adam Smith more egalitarian. And this paradox is made possible by the new subversive who has tapped into the left’s original constituencies and the right’s culturally alienated class. The new revolutions are staged on the abandoned terrains of the left and the right.

POPULISM IS TOO elastic a word to describe the nature of a world where ideologies have little sway. The revolutionaries who come from the outlands of traditional parties are not generalists; they are loudspeakers of the specifics. The theme of greatness they love to retail is made of intimate imageries from the national past and horrors of the present. The fable of the future is written by the last patriot—and the saviour of the lost nation.

Still it is a fable. And every fable is a mesmerising lie.