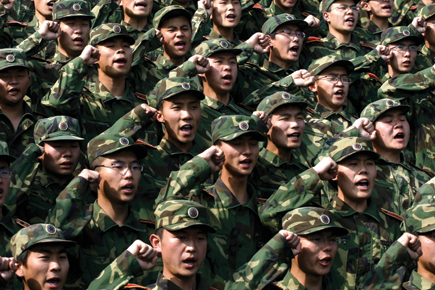 The parallels with 1962 are uncanny. In June and July of 1962, there was firing by Indian troops in the Galwan Valley when the People’s Liberation Army (PLA) had surrounded a post of the Indian Army. In June of this year, violent non-kinetic fighting in the Galwan Valley occurred when the PLA ambushed Col Santosh Babu’s unarmed observer patrol and radically altered the prevailing convention of peace on the Line of Actual Control (LAC).

In July 1962, the PLA protested when the Indian Army set up three posts at Sirijap in the Pangong Tso area. On July 22nd, 1962, the PLA opened fire at Sirijap. On the night of August 29th and 30th, 2020, the Indian Army consolidated its position on the heights in southern Pangong Tso at the Spanggur Gap and other mountain tops in the Chushul sector. On the night of September 7th, 2020, at Rechin La, the PLA fired 15 rounds at an Indian Army post when their attempts to capture it were thwarted.

In July 1962, Soviet leader Khrushchev reached an agreement with Cuban dictator Fidel Castro to place nuclear missiles on the island of Cuba, which would target continental US. This in turn led to the Cuban Missile Crisis. This commenced on October 20th, 1962, on the same day as the Chinese invasion of India. Khrushchev needed Mao’s support, which he got in return for Soviet support of the Chinese invasion of India. Since July 2020, a combined armada of US, Japanese, Indian and Australian warships are positioned in the South China Sea ready to respond to a Chinese attack on select high value targets on the island of Taiwan.

In the summer of 1962, the armed Tibetan resistance called the Chushi Gandrug was operating out of both Darjeeling and Mustang in Nepal, attacking the PLA. By November of 1962, the Chushi Gandrug was to be absorbed lock stock and barrel into the newly-created Establishment 22, aka Special Frontier Force (SFF), aka Vikas Battalions of the Indian Army. In 2020, the same SFF is operating in eastern Ladakh against the PLA. In a break from tradition, on September 7th, 2020, BJP General Secretary Ram Madhav attended the funeral of SFF officer Nyima Tenzin who was killed a few days before in the south Pangong Tso area. Madhav has been the BJP’s interlocutor in talks with the Communist Party of China.

The message is loud and clear. India is finally exhibiting a firm resolve after the initial waffle on China by the Prime Minister who refused to both acknowledge in June this year that the Chinese were in Indian territory, and also refused to name China as the aggressor when he addressed troops in Leh in early July.

Having described the similarity of events between 1962 and 2020, is Chinese President Xi Jinping going to secure his Russian counterpart Vladimir Putin’s support as he climbs the ladder of aggression against India as Mao had secured Khrushchev’s support before he attacked India?

Will Xi wait for Putin’s forthcoming trip to New Delhi or will he escalate his responses to the Indian Army’s bold assertiveness in south Pangong Tso, pre-empting Putin. Will Putin then carry a message of peace to Prime Minister Modi and will we witness the new avatar of Tashkent?

My assessment is that Xi has worked himself into an uncomfortable position between the Quad armada in the South China Sea and the aggressive Indian Army in Ladakh. He has as yet been unable to destroy TSMC’s foundries (see my essay of July 2nd, 2020) and is writhing impotently in his inability in stemming the erosion of China’s ascent to the pinnacle of world technological supremacy. He has found the PLA terribly wanting in its long touted ability of being able to easily crush the Indian Army. He has seen the Tibetan card being now not so subtly played by India.

Will Xi first take a leaf out of Modi’s playbook and launch a surgical strike at a non-Indian target in India?

My assessment is that logically speaking, Xi should presently be contemplating an attack on the Kashag building and the Dalai Lama’s residence in Dharamshala? Will he use cruise missiles or Tibetan Special Forces under the command of Maj Gen Ngawang Sonam, a Tibetan Officer in the PLA’s Tibet Military District?

His second option is to launch a surgical strike against the Tawang Monastery or some other symbolic Tibetan target by ‘loyal’ Tibetan forces in the PLA under Maj Gen Sonam or under any of the other senior Tibetan officers, also in the PLA.

My guess is that today Dharamshala is very high on the Chinese list of symbolic Indian targets.

Whatever be his target of choice, Xi has to redeem himself in order to protect himself from his opponents in the Party. He has to break out of the encirclement he now finds himself in. Time is running out for him.

My view is that war in Asia is inevitable in the near term.