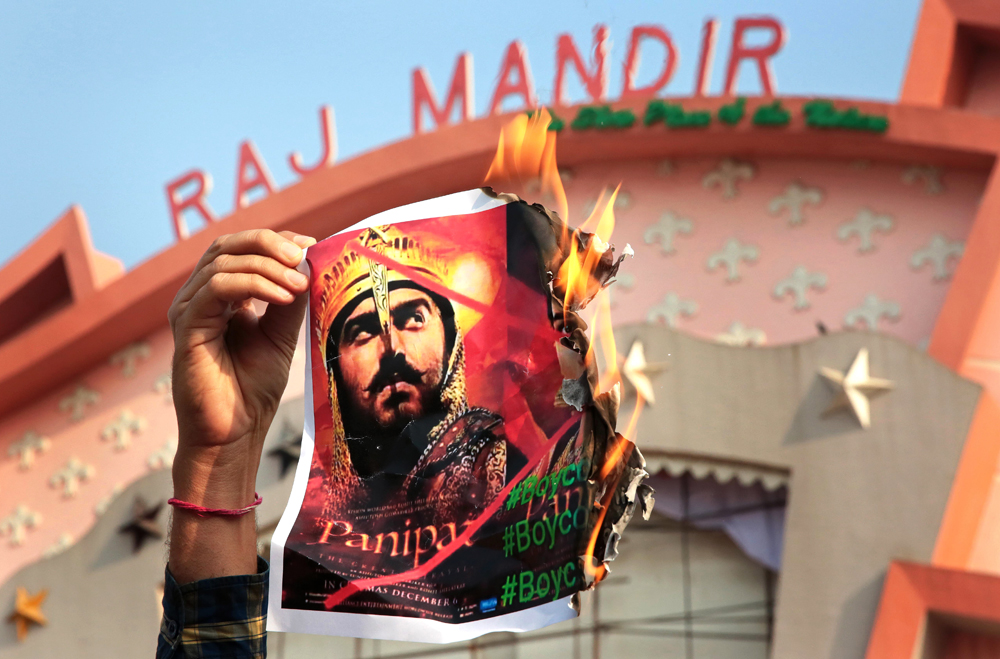 
THE BOLLYWOOD FILMMAKER is a curious adventurer. He knows that to make a movie based on Indian history is risky. There are hundreds of caste and community groups salivating at the opportunity to protest if the subject involves any of their venerated figures. When they do, it is almost inevitable that the filmmaker will have to grovel before them and make changes to his work. And yet, despite this sure knowledge, there is not only little reluctance on the filmmaker’s part, he often even craves for the angry response. It is publicity of a scale no amount of advertisement can bring in. And it is free. The most important aspect to the viability of any movie is the opening audience of the first few days and attacks on a movie deliver it. You can see much of this play out in the movie Panipat which recently hit the screens.

It is based on the story of the third battle of Panipat in which Afghan invaders led by Ahmad Shah Durrani defeated the Marathas, grinding to a halt their northern expansion. It would take half-a-century more for the British to put a lid on the Maratha empire itself, but it was Panipat that broke the momentum. Who knows if on that day of mid-January 1761, the result was otherwise and the Marathas prevailed, the entire course of Indian history, its subsequent subjugation by a handful of traders from an island on the other end of the earth, might have been different. But it was not. The Marathas were soundly routed but since a Bollywood script must offer external factors, the movie has 11 minutes which show a Jat ruler Suraj Mal refusing to assist the Marathas. He is made to shoulder part of the responsibility for what happened. This might have assuaged the Marathas of the present day but the Jats didn’t like it. In Rajasthan, there have been protests and angry noises, from the Chief Minister to the opposition leader, to what they claim is a distortion of history. And predictably, the filmmakers have decided to remove those 11 minutes.

But who is to tell what really happened? When aggressive upstart empires clash, hundreds of forces are at play. It is absurd to isolate one as being the main cause of the end result. Plus given Indian society’s abysmal respect for maintaining a record of stories as they unfold, all we are left with are hagiographies and legends. The Bollywood movie itself is an example of popular culture rewriting a version of the story in glitz. It can do so because in the vacuum of a reality, anything can be filled into it. Likewise, the Jat community redraws an image of Suraj Mal in what it wants that king to have been. But to him, a Maratha or an Afghan would have been equal threats, and choosing a side or remaining neutral was entirely a pragmatic decision of survival. Both the movie and the response to it is a fine illustration of a desperate yearning to find glory in the past because the present has really nothing to offer.