The Harbinger of an Apocalypse

Shankhumukham portends a future when nature is ignored 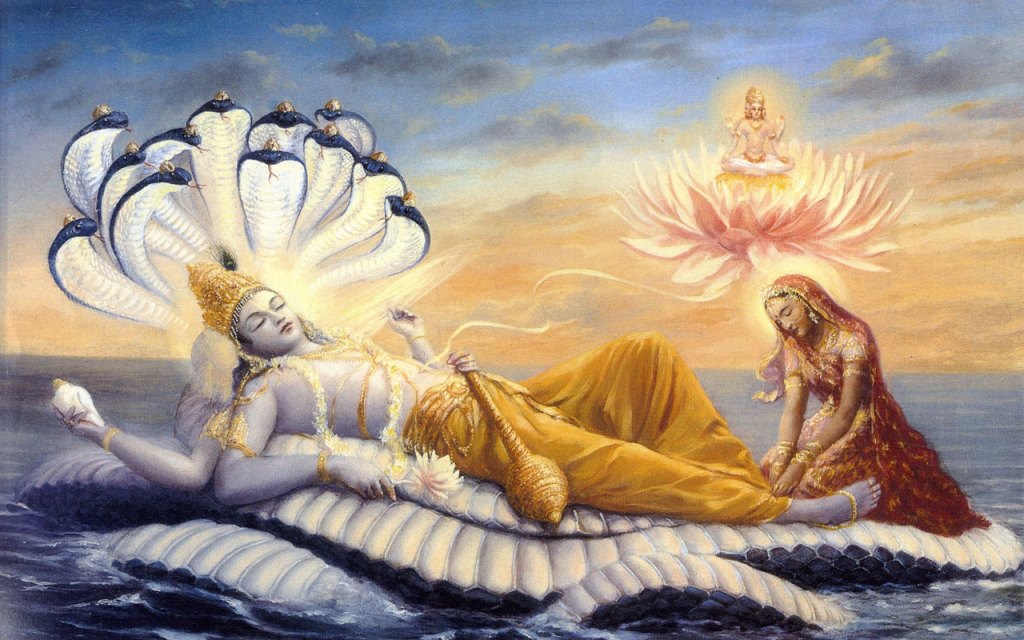 
That the beach of a city called Thiruvananthapuram was Shankumukham was appropriate because “Thiru” was an honorific prefix. “Anantha” referred to the three-coiled serpent that denoted the three stages of time: the past, the present and the future. This was the serpent on which Shri Padmanabhaswamy reclined. There was Brahma, the Creator, rising from the lotus stalk embedded in his navel. There was Shiva, the Destroyer, under his right palm. The Shaivites averred that Vishnu was doing puja to Shiva, while the Vaishnavites claimed in response that Shiva had indeed taken shelter, but under Shri Padmanabhaswamy’s hand!

The late singer MD Ramanathan had composed a wonderful piece of music which melodiously declared that “Hari” and “Haran” are the one and the same. The reason he gave was that both highlight their differences, yet stresses that they are different manifestations of the same single divinity which governs the universe. Hari preserves this world. Haran or Shiva destroys it. The destruction that Shiva is responsible for is not negative in the least! Without death, the earth would be burdened over time by newer creations on top of the old, now almost breathless ones. The bountiful resources of this planet would run dry. This could only have ended in conflict upon conflict for sheer survival.

The ancient sages of our country were emphatic about the importance of balance in nature. Each time there was an excess of anything on earth, nature itself took a sabbatical, to renew and restore itself. Like the Biblical story of the flood, Pralaya was very much part of our narrative. The earth slept snugly under a water duvet during Pralaya and rested. Even the gods absented themselves then.

Shri Maha Vishnu slept on Anantha on a gently rocking sea of milk. The waters were called Ekarnava, and Vishnu got the nomenclature of Narayana or He who sleeps on these waters. At the appropriate time, an Omkar was sounded and Vishnu awoke to that sound, and a lotus bloomed from his navel. This was where Brahma commenced his job at bringing into being yet another cycle of Creation.

The sacred word “Om” if pronounced properly reads as “A-U-M”. Much like
the three stages of time, these syllables stand for the three Gunas, or qualities of Sat (pure) Rajo (mix of Sat and Thamo) and Thamo (impure). It stood for inhalation, retention and exhalation of breath in Pranayama, the yogic method of breathing. If it were just birth and death, these events would have been pitted directly against each other. It is the passage of time as the necessary event of life, which gets ably protected by Vishnu, the logical bridge between birth and death. Bridges, as we well know, are ways that link opposing banks!

In the Sanskrit etymology of the word Hari, we can discern “Hara” (Shiva) plus “E” (pronounced “ee”), which stands for Bhagavathi. Here, we see the actual manifestation of Shri Adi Shankara opening lines of his inimitable Soundarya Lahari, which clearly declares that it is because of the mingling of Shiva and Shakthi that everything is created in the universe.

Shri Maha Vishnu has two famous consorts, the older wife, earth or Bhoomi
and the more flamboyant one, Lakshmi. Fierce envy among co-wives is the
norm. Yet, Lakshmi and Bhoomi are united at many levels. For the cosmic
Preserver, it was imperative to have a venue for his creatures to live out
their lifespan, and this was the earth. He needed the wherewithal to look after them, which was the wealth that Lakshmi endowed him with! Because of her economic independence and sudden ways of benediction, she was accused of being erratic in her moods.

It was said the sage Bhrigu who wanted to find out who the most equanimous of divinities were. His conclusion was that it was none other than Shri Maha Vishnu. The reason for this was that Bhrigu had kicked the supine Vishnu on his chest. Instead of getting angry, Vishnu had solicitously asked Bhrigu whether the foot with which he had kicked him had been hurt! Such consideration for someone who had “attacked” Vishnu was unthinkable in any other deity!

Maha Lakshmi used to live on Vishnu’s chest, which was called Vakshasthalam in Sanskrit. She was naturally very annoyed at the kick, and even more by Vishnu’s reaction to it. Lakshmi walked off in a huff. Maha Vishnu found himself to have become Daridra Narayanan, or he who was poor. This went on until Lakshmi was pacified enough to return to her place on his chest.

Today, Bhoomi is synonymous with wealth. Being a limited resource in a
world with burgeoning population, the value of land is increasing in leaps
and bounds. In this land, while there are references to even avatars or
incarnations eating meat, together with deep reverence for this earth and all of the flora and fauna on it was ingrained in human beings. There were prescribed elaborate rituals whereby an animal was killed to be eaten. It was the case of one life sustaining the other.

Ecological conservation of trees and plants, both medicinal and for consumption, was very common. When the wanderer man settled down to agriculture, he observed the natural rhythms of the things around him and taught himself to be in harmony with it.

The ten incarnations of Maha Vishnu denote evolution. As the fish (Matsya), it was a pointer to life originating in water. Then came the tortoise (Kurma), who could live on land and in the water. The boar (Varaha) was a denizen wholly of the land. The man-lion (Narasimha) is the first hint of a possible human being, fructified in the mini-man (Vamana). It is significant that diminutive Vamana asked for three steps of land from the demon king Bali. With one foot, He covered the earth, with the next the sky, and the third foot was planted on Bali’s head. This pushed Bali to the nether kingdom where he became a celebrated ruler.

The axe-wielding Parashurama cleared the land of many wrongdoers. He also set up many codes of proper conduct (now sadly ignored instead of being observed). This enabled the righteous kingdom of Rama. The plough-bearing Balarama cultivated the land and diverted the waters of the Yamuna for irrigation. He became a full-fledged settler-cultivator. Krishna, the most complete of the avatars so far, was one of the most sophisticated of those who formed the chain of evolution. Kalki, an incarnation that was foretold, was still in the indistinct future!

The one common thread which ran through the entire narrative was the wellbeing of the earth and its creatures. The moment this was threatened, there was a counter force, which righted the listing to one side, often with violent means. The root cause of this hubris was the complete lack of sensitivity and awareness of the environment. Such unconcern resulted in the gods getting into the act to save the world. Every story of a fight in our oral and written prehistory starts with a creature (sometimes with his own groupies) who was overly ambitious and desirous of subjugating the rest of the world. Either because of his strength, talent or good luck, his sway would last for a while, until Divinity in the guise of various incarnations would dispense off with the egoistic imposter.

The underlying theme was always only the welfare of the earth. Shankhu, or
the conch, was one of the weapons of Shri Maha Vishnu. The sound of the ocean reverberates in conch shells. The demon Shankhasur who had kidnapped Shri Krishna’s teacher Guru Sandipani’s son was killed by Krishna, who then adopted the conch as one of his symbols. Krishna blowing on the shankha was a forerunner to the certain death of his next enemy.

The once proud beach of Thiruvananthapuram city now lies ravaged by the sea and the thoughtlessness of human endeavour. The mute sounds of Shankhumukham beach may well augur the lurking presence of yet another sea monster readying itself to grab once again from the land. This is bound to happen if human beings concentrate only on their immediate benefit, ignoring the larger, gentler wellbeing of the earth they inhabit.