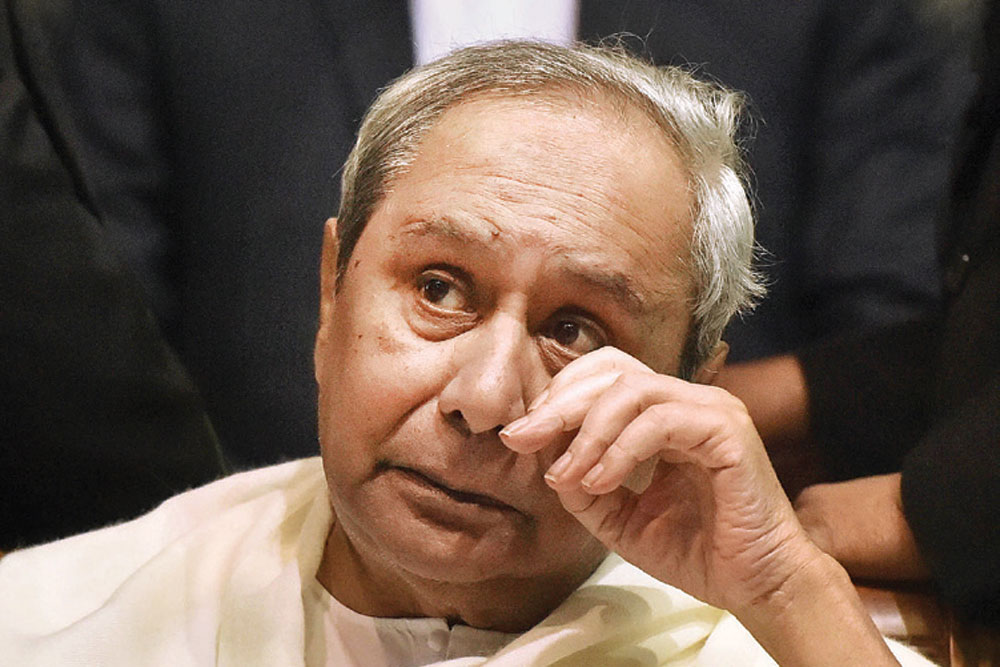 
SANIA MOHANTY WAS 18 when he left his native village in Odisha to work in a textile mill in Gujarat’s Surat district in 2006. He would earn and send money home to his family. This year in March, when the lockdown was imposed, it brought his life to a standstill. Like most other migrant workers, he stopped getting wages. He would get some money from home or depend on the food distributed to migrants. After nearly two months, with no money left, he took a Shramik special train to return to Sahapur village near Hinjilicut in Ganjam district. He was sent to a quarantine centre. The next morning, he had fever and tested positive for Covid-19. An ambulance took him to a Covid-19 care centre at Hinjilicut, where he spent the next 10 days watching TV on his mobile, resting and having four high-protein meals a day.

“The food was good. There was paneer and egg, etcetera. In two days, my fever had fallen,” says Mohanty, who was in home quarantine for a fortnight after leaving the hospital. When he went for a checkup later, he got a call from the care centre asking if he would like to donate plasma for treatment of other Covid-19 victims. He agreed. Like several other villagers, he has taken up work under the Mahatma Gandhi National Rural Employment Guarantee Act (MGNREGA). He plans to return to Surat in October. His is the story of several migrants who returned to their villages in Ganjam district.

Till April-end, Odisha’s Ganjam district did not have a single Covid-19 case. On May 3rd, the first train carrying Odia workers from Kerala reached the district, followed by other Shramik Express trains and buses from Gujarat and other states. The travellers, mostly migrants working in textile mills outside Odisha, were sent to quarantine centres for a fortnight. By June, 225 Shramik specials had arrived in the coastal district, from which about 4 lakh people work outside the state, as their employers stopped paying wages in the lockdown.

The district administration set up 3,000 temporary medical camps for which it used all school buildings. “There was food, medicines, yoga and training at these camps,” says District Collector Vijay Amruta Kulange.

But as they started returning home, the virus spread, no longer limited to migrants returning from high-caseload states. By May-end, the positivity rate rose to 28-30 per cent, the highest in the state, which till then had managed to keep its Covid-19 count among the lowest in the country. In July, the numbers had peaked, with positivity rate in some villages of Ganjam soaring to 80 per cent. In one particular village, 80 of 100 people tested turned out positive. For Chief Minister Naveen Patnaik, who had initiated several firsts to insulate Odisha from the pandemic—imposing 48-hour lockdowns in major cities, shutting educational institutions, making masks compulsory and setting up dedicated 1,000-bed Covid-19 hospitals—the surge in cases on his home turf of Ganjam was bound to be a setback. It was from Kanisi, a village in Ganjam, that he had kicked off his election campaign last year.

Unlike other states, it was not the major cities that became hotspots in Odisha. In Ganjam, which accounts for over 50 per cent of the state’s migrants, the administration put in place new standard operating procedures (SOPs), bifurcating villages into red and green zones. Villages from where positive cases were being reported fell in the red zone and strict containment policies were put in place. A medical officer would monitor symptoms and essential commodities would be delivered through self-help groups.

“We were able to stop the spread of the disease outside the containment zones. We treated the symptomatic while asymptomatic patients were kept in home quarantine,” says Kulange. Door-to-door surveillance has been carried out with the help of accredited social health activists (ASHAs) and anganwadi workers, tracing new cases and creating awareness, six times in Ganjam. At July-end, when cases peaked to 600-700 a day, testing was ramped up. The number of coronavirus cases started declining from the first week of August. From a positivity rate of 80 per cent at one point, it fell to 1.5 per cent with about 100 cases a day—and recently, in double digits.

The ASHAs would contact patients when a case was detected and again after recovery to check if they faced any health issue. Of the 300 frontline workers who tested positive in the state by July 1st, over 200, mostly ASHAs and anganwadi workers as well as a village sarpanch, were from Ganjam district. Subhashri, a local Covid-19 worker, says she got infected from the staff. “I was admitted to a Covid care centre where the doctors would come and check us twice a day. We were given healthy meals of upma, idli, boiled eggs for breakfast, two vegetables and daal for lunch and dinner and tea and biscuits in the evening,” she says. After a fortnight-long home quarantine, she is back at work. In July, the Naveen Patnaik government decided to pay an assistance of Rs 50 lakh to the next of kin of persons engaged by the government or any of its agencies for Covid-19 duty if they succumbed to the disease, if they were not found eligible for insurance coverage under the guidelines set by the Centre. It also came out with a proposal to provide a monthly pension of Rs 7,500 to the next of kin of an anganwadi worker till the date she would have attained the age of 60 had she survived. The spouse/next of kin of a deceased ASHA would get Rs 5,000 a month.

However, just as the Ganjam story gave the state a reason to heave a sigh of relief, the numbers started rising in Odisha’s cities, including in capital Bhubaneshwar which falls in Khordha district, now the Covid-19 hotspot in the state. For a Chief Minister who had laid out the roadmap to contain the spread of the coronavirus ahead of other states, Odisha’s entry into the list of top 10 states by number of cases is disconcerting. It was Patnaik who had declared the pandemic a state disaster under the Disaster Management Act. He had understood the gravity of the situation and what dangers it portended as early as mid-March. “Very few times in the history of the world have
human beings as a race faced challenges beyond their comprehension. With advances in science, this phenomenon has become a rarity. However, the last 45 days have seen human beings as a race facing one of the biggest challenges
of the century,” he had said in the Odisha Assembly. He had said that an extraordinary circumstance called for an extraordinary response and had announced steps to contain the spread of Covid-19, calling for “collective responsibility” in fighting it. Realising how it could impact the poor, Patnaik put in place a slew of measures—Rs 200 crore for public health challenges, economic packages, 50-day wages for MGNREGA workers and a Rs 15,000 incentive for those returning from abroad if they registered on the government portal. Those who did not register were checked at airports and on the state border and sent into quarantine.

The third largest exporter of migrant labour, after Uttar Pradesh and Bihar, Odisha received over 10 lakh people from outside the state post-lockdown. The state, taking responsibility for creating infrastructure, set up 12 lakh beds, with at least one facility in each gram panchayat.

As the number of Covid-19 cases rose across the country, Odisha, too, started feeling the heat. With 17-18 flights landing every day, there was a surge in its cities. The government used state-of-the-art technology to capture data and anticipate the trend in the spread of the virus. “We know now how many beds we will need in October and where tests need to be ramped up. Through analytical tools we can maximise planning for the future. We are confident we will contain the spread,” says state Information Technology Secretary Manoj Mishra.

With the second lowest death rate at 0.4 per cent (the national average is 1.64 per cent), the highest testing per 10 lakh among medium and large states and around an 8 per cent positivity rate, Odisha is banking on its Covid-19 infrastructure to fight the virus. The recovery rate in Odisha is 79.13 per cent against 77 per cent nationally. The state government is leaving no stone unturned from paddle rickshaws in villages to social media such as Twitter and Facebook to create awareness.

The state’s Covid-19 dashboard, giving a detailed graphic of the state’s pandemic status in every district, is seeing an upsurge. The state government is hopeful the numbers will ebb the Ganjam way.

‘We will ensure climate mitigation funds on our terms,‘ says Bhupender Yadav