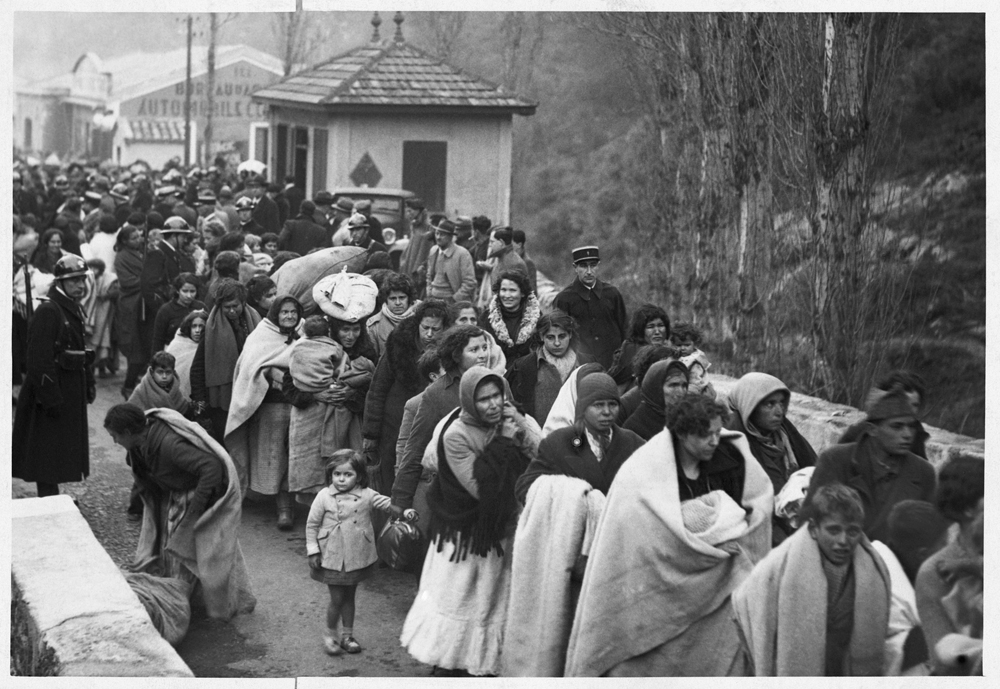 A crowd of Spanish women and children refugees made homeless by the civil war cross the border into France at Le Perthus (Photo: Getty Images)


The Government’s attitude to refugees from Myanmar is by no means the only example of inconsistency in a democratic country of refuge. The Government’s recent citizenship laws will add no clarity to the policy, which continues ad hoc and informed by short-term foreign policy considerations.

France is a case in point, and its example will be illustrative. From 1933 until 1938, it was the only significant democracy to provide refuge for Germans fleeing Nazi persecution. During this period, 80,000 refugees came to France, of whom 80 per cent were Jewish, the rest being left-wing politicians, and a few refugees of conscience. The two leading democracies, the US and Britain, refused asylum to refugees other than a few wealthy applicants. France, with a population in 1935 of 42 million, proved the main country of refuge for those Germans whose political conditions compelled them to leave their homeland. While the refugees had complaints about aspects of restarting life in France, their right to freedom of speech, assembly and faith were unrestricted.

The French foreign ministry, and not the home ministry, controlled the policy on refugees. Its objectives were that only refugees from Germany be granted asylum, that France should be a way-station and not a base for permanent settlement, and that other countries should take a greater share in receiving refugees. It tried to devise a policy that balanced refuge to the persecuted with the protection of society from threats to jobs, health and security. France had welcomed immigrants, mainly Russian and Armenian, during the previous decade, but the economic depression from 1931 meant that immigrants to fill gaps caused by the loss of manpower in the Great War were no longer needed. Now, unless refugees could avoid being a burden to the state, there was no economic justification for accepting them.

Therefore, France offered asylum only to refugees from Hitler’s Germany and refused to acknowledge any moral and humanitarian duty to grant asylum to others, and resisted efforts by the League of Nations to enlarge its geographic scope. International groups that tried to influence France to adopt a universal declaration of refugee rights included Quakers, Jews and the Federation of League of Nations Societies with the League of the Rights of Man leading the campaign together with the communist Secours Rouge. France’s principle was that it accepted the collective rights of refugees from Germany, but not the rights of individuals—a fine distinction. France was adamant not to accede to any obligations imposed on it and that its discretion would apply in all cases. It refused any international statute for refugees that would entail a long-term obligation.


Changes in implementation occurred mainly in the home ministry’s handling of expulsions, which fluctuated between a liberal approach in 1933 and a heavy-handed one for the next two years. When the first refugees arrived in 1931, the government was anxious that France be seen as generous in protecting the persecuted, but later, a more stringent policy was followed. All immigrants, including refugees, were obliged under threat of summary expulsion, to abide by public order and abstain from political activity.

The foreign minister was otherwise engaged with issues which included the Japanese invasion of Manchuria, Germany’s rearmament and reoccupation of Rhineland, the Franco-Soviet rapprochement, the Italian invasion of Abyssinia, the Spanish Civil War and the economic depression. So only middle-ranking staff formulated and executed refugee policy, allowing the president of the senate foreign affairs committee Henry Bérenger to take up an activist role. A vocal proponent of burden-sharing and resettlement, he insisted that other countries take a greater share in accepting refugees from Germany and insisted that France had no funds to allocate for the High Commission for Refugees or the League for refugee relief.

Coordination between French ministries in matters concerning refugees was lamentable. Left-wing demands for a ministry for immigration were resisted by the foreign ministry which went to great lengths to protect its turf. France never officially closed its porous borders, although in practice, even if it had wanted to, it would have been near-impossible because it is contiguous with six countries, and French border control, lacking manpower and resources, was never in control.

At the League in Geneva, France made sure that the October 1933 Convention relating to Nansen refugees (dealing with Russian and Armenian refugees) and subsequent international instruments, did not compromise French sovereignty. The application of the rule of non-refoulement, which forbids the forcible return of asylum seekers to their country of origin if in danger of persecution, was deemed a threat to French sovereignty since the strict exercise of this rule would compromise France’s ability to make its own decisions. Therefore, France negotiated an opt-out, arranging for a clause in the 1933 Convention and repeated in other documents that refugees could be refouled if any state considered that they posed a threat to public safety or state security.

France claimed that refugees from Eastern Europe would be a burden on the public purse, that ‘eastern’ Jews were inassimilable, and the sick threatened public health.  Another category rejected in 1933 and 1934 were refugees threatened with German sterilisation. Paris could have argued that it had no wish to interfere in German domestic affairs, but preferred to argue about eugenics, describing such people as undesirable because they carried the risk of ‘defective inheritance’ for the French population.

The leftist government of 1936-1937 was more concerned about refugees, but the foreign ministry continued to dominate policy. It accepted an amnesty in 1936 but confined its application to the past and only to refugees from Germany, resisting a call from international lawyers and socialist politicians for a statute that would lay down the generic definition of a refugee. It also strenuously opposed the establishment of any discrete ministry or department of immigration. It had to accept the establishment of the High Commission for Refugees (HCR) under the aegis of the League in 1933, but the failure of the HCR was partly due to French disparagement—when it became clear that the HCR wanted France to be a destination for permanent settlement, France undermined the American James McDonald who was the first high commissioner. A fair distribution of the refugees was another area of controversy. The British rebuffed France when approached to increase the quota for Jewish refugees in Palestine, and France was unable to shame the US and South American countries into easing immigration restrictions. The French ministry for colonies also refused help: colonial governors were keen to develop the colonies, but not through agency of German refugees, most of them Jewish, urban and middle class. The fact that about half the refugees in France proceeded elsewhere was due not to the goodwill of other countries but the efforts of charitable organisations.

France was always concerned that if it made asylum easy, Berlin would be encouraged to expel more unwanted citizens. The government’s attitude was unyielding, and the foundations of the post-World War II right to asylum and international obligations were initiated by pressure groups, and not by governments. France never encouraged refugees from Germany but allowed them in the end to enter. It may have done this against its better inclinations, but it was more compassionate than other nations, such as the US and Britain. Most countries were, in principle, sympathetic and wanted the refugee problem solved provided it was dealt with elsewhere. While the League of Nations tried for some solution, and while the US and the UK closed their doors, France felt it had a moral duty flowing from the values of the French Revolution. So, from 1933 to 1938, during Hitler’s crimes against humanity, it gave refuge to a far greater number than any other country.

India has been a country of refuge for, among others, Tibetans, Afghans, Pakistanis, Bangladeshis, Nepalis and Sri Lankans, but like France in the inter-war years, it zealously protects its sovereign right to grant or deny entry to refugees. It has prevented the UN High Commission for Refugees from either exercising jurisdiction in India or influencing its policy. This accounts for New Delhi’s inconsistent attitudes both generally, and to Rohingya and Myanmarese refugees at present.

Surrealists and Communists in Paris