Whom will the law protect—truth tellers or offence takers? 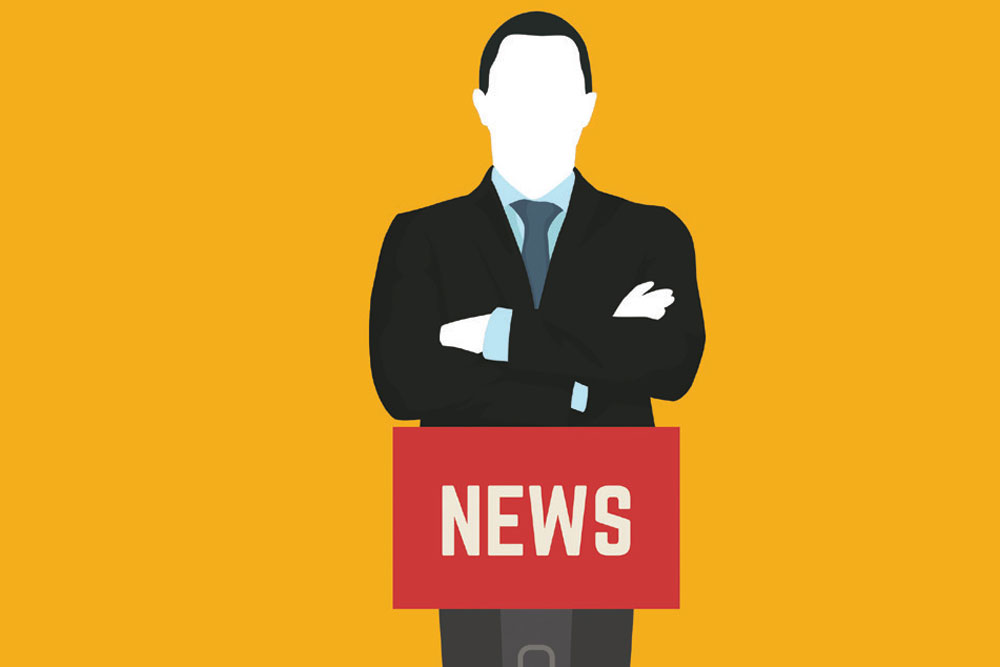 
IT WOULD APPEAR that our political parties have suddenly taken to a new form of intimidation and harassment when it comes to their media bêtes noires. Let’s call it FIR attack. Or, without prejudice or offence to anyone, shall we call it FIR ‘Jihad’? The latter term is now so common as to be part of the English language, having made it to the Oxford English Dictionary. We might even consider it a strenuous struggle or effort not necessarily linked to a particular religion.

Last fortnight, writing about Arnab Goswami, my focus was on larger-than-life, some might say deliberately provocative, media personalities. This time the shoe, as it were, is on the other foot. On the political actors and forces bent upon stamping mediapersons into submission or silence.

The modus operandi was explained with brutal candour by one of our top advocates, Harish Salve. Appearing on behalf of Goswami before the two-member Supreme Court bench of Justices DY Chandrachud and MR Shah, Salve said, “This is a political party targeting a journalist… all complainants are members of one political party [Congress]. They have a problem with the government [Centre] and they want to teach this journalist [Arnab] a lesson,” (‘SC reserves order on Arnab’s petitions for quashing FIRs’, The Tribune, May 12th).

What Salve pleaded in defence of Goswami could as apply to the BJP national spokesperson, Sambit Patra, against whom multiple FIRS have also been filed. One of these, registered in Raipur, Chhattisgarh, on the complaint of Youth Congress President Poornachand Padhi, accuses Patra of using derogatory language against former prime ministers. Such abuse, according to the complaint, ‘could incite any class or community of person to commit any offence against any other class or community’. The FIR also claims, ‘There is also likelihood that the tweet may cause fear in the Sikh community and induce any person of the community to commit an offence against the state or against the public tranquillity’ (‘Sambit Patra Booked for Tweets against Jawaharlal Nehru and Rajiv Gandhi’, Hindustan Times, May 12th).

Anyone familiar with Indian politics would have laughed out loud, but the Congress was, evidently, not amused. For Youth Congress General Secretary Brijkishor Dutt filed yet another FIR against Patra, this time in Thane, Maharashtra (‘BJP’s Sambit Patra Slapped with FIR for Tweets against Nehru, Rajiv Gandhi’, Huffpost.in, May 12th).

In all these matters, Sections 153A (promoting enmity between different groups on grounds of religion, race, place of birth, residence, language, etc), 505(2) (statements conducing to public mischief) and 298 (uttering, words, etc., with deliberate intent to wound the religious feelings of any person) of the Indian Penal Code (IPC) have been invoked. Offences under some of these sections are classified as cognizable, which means the person charged can be arrested even without a warrant. Although the provisions of the law do not encourage, except in cases of urgent or apprehended danger, arrests without orders from a magistrate or warrant, they severely curtail the liberty of a citizen and the freedom of press.

The most serious of these politically motivated FIRs was against another charismatic and popular anchor, Zee’s Sudhir Chaudhury. With his drop-dead good looks reminiscent of the Bollywood star Jitendra, Chaudhury runs a much-watched and extremely popular show called Daily News and Analysis (DNA). This time the FIR was filed in Kozhikode on a complaint made by Advocate P Gavas, who is the joint secretary of the All India Youth Federation (AIYF). AIYF, for those who don’t know, is the part of the ‘parivar’ of the Communist Party of India (CPI).

The FIR cited the March 11th episode of DNA. Chaudhary, with a flowchart, expounded on various ‘types of jihad’, classified, broadly, as ‘hard’ and ‘soft’ jihad. In the former, Chaudhury included ‘population jihad’, ‘love jihad’, and ‘land jihad’. Under ‘soft’ jihad, Chaudhury listed ‘economic jihad’, ‘historical jihad’ and ‘media jihad’. The TV anchor said he was being attacked for exposing ‘zameen jihad in Jammu, love jihad in Kerala, [Popular Front of India] funding of CAA protests and for daring to enter Shaheen Bagh’. Chaudhury went on to tweet: ‘Here’s my Pulitzer Prize for reporting the truth. Sharing the citation—an FIR filed against me by the Kerala police under nonbailable sections. The award for exposing inconvenient facts. A clear msg for media. If u don’t toe the decades old pseudo-secular line you’ll be behind bars’ (‘FIR against Zee TV’s Sudhir Chaudhary in Kerala for Insulting Religious Beliefs’, Thenewsminute.in, May 8th).


This time the shoe is on the other foot. On the political actors and forces bent upon stamping mediapersons into submission or silence

Gavas’ complaint, filed on March 18th, literally threw the book at Chaudhury. He accused Chaudhury of targeting Muslims, ‘with the intention of sowing communal hatred and hostility’, calling for his punishment under Sections 153A, 153B, 295A, 502 and 503 of the IPC, Section 66A of the IT Act, in addition to violating the Cable TV Regulation Act of 2018. But the FIR registered by the police only charges Chaudhury under Section 295A of the IPC (‘Spurious Chart on ‘Jihad’ Leads to ‘Insulting Religion’ FIR Against Zee News Editor’, Thewire.in, May 9th).

Let’s consider its provisions: ‘Whoever, with deliberate and malicious intention of outraging the religious feelings of any class of [citizens of India], [by words, either spoken or written, or by signs or by visible representations or otherwise], insults or attempts to insult the religion or the religious beliefs of that class, shall be punished with imprisonment of either description for a term which may extend to [three years], or with fine, or with both.’

A draconian law indeed. But from previous judgments, the key to proving offence is intent to hurt religious sentiments, the key words being ‘deliberate’, ‘malicious’ and ‘aggravated form of insult’. Let’s consider the controversial case of Dravidianist EV Ramasamy Periyar, who was accused of breaking a Ganesh idol. The lower courts, right upto the high court, dismissed the entreaty that Periyar had offended Hindu religious sentiments. The Supreme Court actually intervened on a leave petition filed by S Veerabadran Chettiar to affirm that intent to injure had been present. Because Periyar had delivered an inflammatory speech criticising Hindu religion before breaking the statue of the deity. Luckily, Periyar got away as the case was more than five years old.
It is for the learned judges to rule in Chaudhury’s case, but it might be difficult to prove deliberate and malicious intent or aggravated form of insult in his programme. First of all, he was not inventing new content; he only used a chart which was already in public circulation for five years. I wish he had acknowledged its source. But, in this matter, the charge is not plagiarism, but giving religious offence.

As to the latter, at the end of his show, Chaudhury clearly said that his remarks were not directed at anyone who believed in the integrity and unity of India. They were only meant for those who had ‘naapak’ or infected intentions to divide and destroy India. Perhaps, this disclaimer may work in his favour. As also another show he did on May 8th, on the five pillars of Islam in which he tried to explain the true meaning of jihad to believers and non-believers alike (‘TV anchor Sudhir Chaudhary respectfully explains the ‘true meaning of jihad’’, Scroll.in, May 10th).

The courts’ rulings on these FIRs will be worth watching: to what extent will this new legal weapon be used by political parties to silence their opponents? Will religion, once again, prove the red flag before the charging bull, so to speak? Even if in this case it is being waved by professedly atheistic Communists, who have now set themselves up as the protectors of the religious sentiments of Muslims.

Whom will the law protect? Those quick to take offence on the slightest real or imagined slight or slur? Or those who show tolerance, patience and forbearance when their religious beliefs are ridiculed or pilloried? And what about truth tellers on or off screen, those who dare to say, as Walter Cronkite used to at the end of each of his newscasts, “And that’s the way it is”?