It can remake sport for the post-Covid era 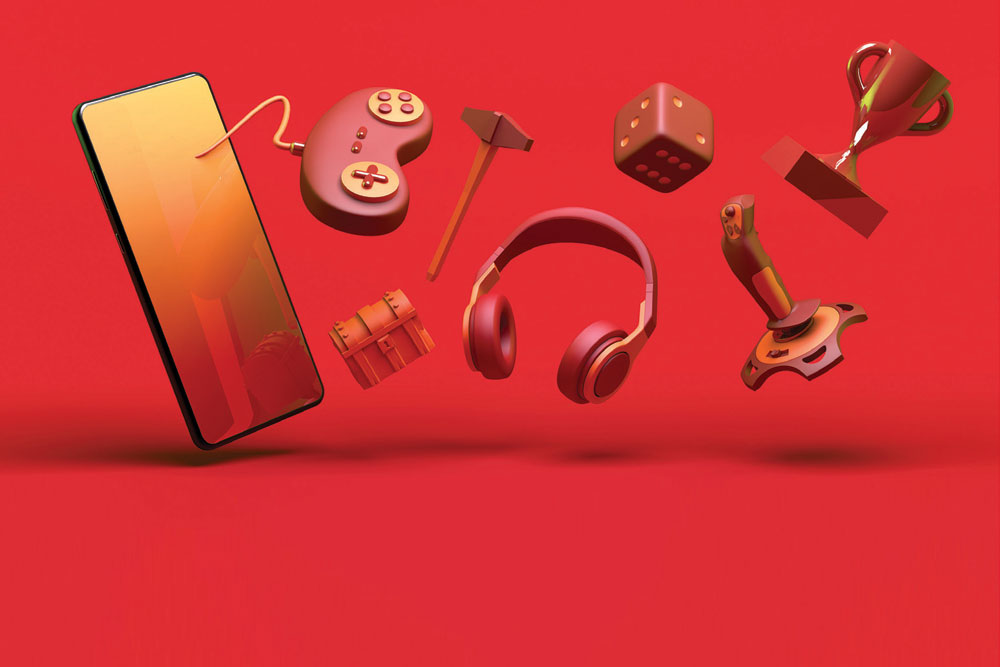 
IT WAS MARCH 2020 and all of a sudden all sport had come to a standstill. Never had I experienced such a feeling before. No live sport on television in any part of the world was a first and in all honesty, I wouldn’t want to experience such a feeling ever again. That’s when each one of us moved to esports or gaming or conventional sports like chess, which could be played and consumed online. Participation grew, and in two years the size of the esport industry in India alone has grown fivefold. Chess, too, has witnessed similar exponential growth. “Yes, this has been one of the major things to come out of Covid. The Queen’s Gambit helped for sure, but I can tell you the process had started from early 2020 and only got a significant fillip with The Queen’s Gambit capturing people’s imagination around the world,” says Viswanathan Anand, speaking of the impact of Covid on chess.

Interestingly, most consumers play online chess or esports on their smartphones in the subcontinent. And with India having established itself as the smartphone hub of the world, this trend is only set to grow in the coming months and years. Data shows that as many as 95 per cent of users play esports on their smartphones. They engage with the multiple platforms available, on average, for an hour or more a day. While close to 55 per cent of this constituency plays fantasy cricket and esport, the rest still prefer a conventional online sport like chess. While the industry is already a few billion dollars in size and ever growing, the potential for future growth is even more staggering. As alluded to earlier, most of these esport players ride on the back of the mobile phone and internet connectivity revolution in India. For example, the launch of Reliance Jio in September 2016 transformed the way people looked at mobile data by slashing the existing rates by 80 per cent, which forced other mobile network providers to follow suit. National call and data roaming became free of charge from 2017. Mobile phones got considerably cheaper in a crowded market in which companies such as Apple, Gionee, Honor, HTC, LG, Lava, Lenovo, Micromax, Motorola, OnePlus, Oppo, Samsung, Sony, Vivo and Xiaomi vied for attention and profit. Considering there are about a billion-plus spectators, several hundred million internet users, 600 million smartphone users and an estimated 400 million online gamers in India, the online sporting realm is poised for exponential growth in the near future.

In the US, which is a more well-developed esports market, the demographics of participation are somewhat different compared to India. Past surveys indicate that players mostly started as traditional fans before getting into digital media for additional gratification from their favourite sport. Existing fandom, at least in the US, was found to be a precondition of esport participation. Also, successful players, as historian Souvik Naha, writes, “have higher self-esteem than traditional sport fans as they consider winning egames legitimation of their knowledgeability. Winning or losing in esport has been observed to have immense impact on a player’s self-worth. Thirdly, esports helps one integrate better into circles of friends and colleagues since they tend to compare their scores and rankings, discuss strategy, and bask in each other’s success or failure depending on their relationship.”


If esports and chess are major beneficiaries of the Covid-induced lockdown, the other beneficiary can be broadcast technology. Having to cope with stadiums without fans, broadcasters, it can be argued, were forced to think beyond their comfort zones and in doing so, have ended up enriching broadcast with newer technologies and techniques

With India expected to go the same route in 2022-23, esports competitions and providers like MPL, for example, will provide for interesting integrations with conventional sport, and in turn, grow the levels of physical engagement in sport across India.

If esports and chess are major beneficiaries of the Covid-induced lockdown, the other beneficiary can be broadcast technology. Having to cope with stadiums without fans, broadcasters, it can be argued, were forced to think beyond their comfort zones and in doing so, have ended up enriching broadcast with newer technologies and techniques. And once sport returns to normalcy post-Covid, such innovations will only enrich consumption in ways inconceivable in a pre-Covid world.

The absence of fans from the venues has meant great difficulty for sport broadcasters in capturing the emotional resonance of sport. Fans make a stadium come alive with their antics and emotions. They are committed to teams, individual athletes and stadiums in a way that gives them a social identity. Cricket fans like the famous Sudhir Chaudhary and Chaudhry Abdul Jalil, and many others, derive their identities from stadium presence. Countless other nameless fans put on a social performance of their passion in unique ways. They are part of a massive consumption-oriented community. Their participation makes a sport event more intense and enjoyable as both a moment in history and a marketable product. Sport, it is universally accepted, means little without its fans. In the absence of these men and women, the challenge for broadcasters was to make live telecast far more creative than it currently is.

I have argued elsewhere that the Covid-19 outbreak has given broadcasters an opportunity to change their formulaic approach to sport. For the people who will watch sport on television, broadcasters should consider the possibility of showing videos of fans at home at appropriate moments during the telecast. The fans on the couch will replace the fans in the stands conventionally shown on TV. The camera can no longer cut to a screaming fan in the crowd. But television and streaming devices can still show the emotions of fans—tense in anticipation, anxious at their team faltering, or despairing when their favourite player fails to perform.

The broadcaster will not need to install cameras in selected households to show fan emotions. Anyone, anywhere with a smartphone and an internet data package can record, send or livestream their reactions. A large number of fans are digital citizens now who generate and share content over the internet, transforming sport marketing in the process. They can use a mobile app to send the video directly to the channel. The channel will sort the videos, select a few and assemble them with the video feed of the match. They already do so for text messages and tweets, which they often play out on screen as questions. Experts are then asked to answer these questions to make coverage interactive. Now the text will be replaced by a face, and at one-go, the fans at home will start to feel more engaged as part of the action. This might not be real-time as a video response to a moment in play may take tens of seconds to be captured, sent, edited and broadcast when the action replay of that specific moment is on. Not ideal, but better than no fan atmosphere. In any case, the broadcaster shows a replay multiple times and such reactions and replays can be simulated to give a real-time feel. This will work best for sports like cricket and baseball, which allow many pauses between moments in play.

So far, sport television has remained within its comfort zone knowing that a full stadium was at the core of a broadcast. With thousands crammed inside a stadium, it had a ready atmosphere for people’s consumption. Covid has caused a disruption. The hiatus has given us an excellent opportunity to rethink and transform sporting experience. By empowering fans and democratising fandom, innovations in broadcast, just like in the esport domain, can help sport emerge stronger out of the Covid pandemic with an expanded scope and a larger playing field. If the experiment in fan engagement is successful, it can help broadcasters cut across distance barriers, show greater gender sensitivity, and exploit untapped fan enclaves. Local displays of emotion will intersect with global cultural imaginaries and dimensions of sport. Even when fans return to stadiums, the process can continue. New social identities will be forged, and sport will have a larger than ever base of committed and engaged fans. It is essential that sport start to adapt to the emerging scenario as soon as possible. Challenging existing paradigms and evolving new ones can be the way forward and can well end up making sport far more inclusive and empowering.