You should still dread the midnight knocks; you should dread the eavesdropper you carry everywhere more 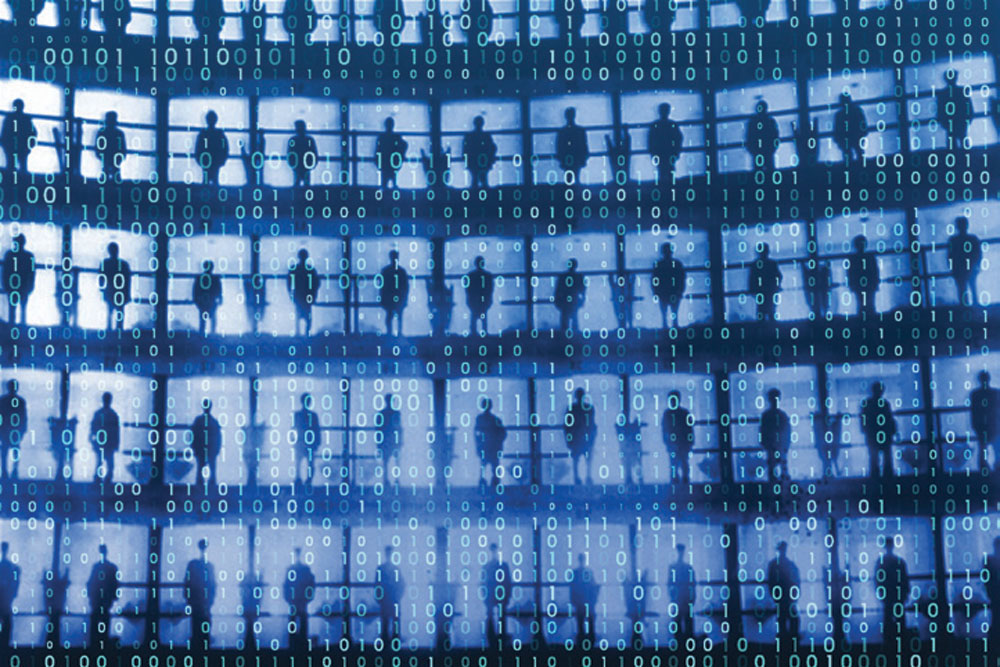 POWER FLOWS FROM the Panopticon. Everyone out there is a suspect, a useful data in the consolidation of the state. Out there, every word uttered, every glance exchanged, and every rendezvous in the unlikeliest of places is a potential act of subversion. To watch is to be alive in a world where the enemy is not necessarily an outsider. The enemy, cosy under the protection of rights and duties and the promises of freedom enshrined in the constitution, is too normal to be identified. Together, they, the collected items, form a directory of bad information, and individually, a little tale of betrayal. Allegiance is the supreme virtue in the surveillance state.

Such states have something in common: fear. They are afraid of the freedom they think is the most difficult thing to manage in a country. They think preservation of power requires a permanent suppression of conscience and more. They know that rights are too ambitious to be appreciated, and duties too individual to be indulged. The states living in fear—in fear of their own people—cannot afford to be content with guarded borders alone. Minds are the more porous borders, and, worryingly, susceptible to incendiary ideas. Spyware becomes part of statecraft. It is a necessary tool of mind control.

In another time, before the deification of data, it was the stuff of cloak and dagger—and Gorky Park. The spy was a character in an ideological thriller in which the Evil Empire, impenetrable behind the Iron Curtain, was the enemy of freedom. The liberal West and the closed socialist bloc needed each other’s secrets to serve national interest. They created ‘the agents’—single and double—and some of them went on to become worthy of bestselling biographies. It was an epic drama to which we still return, via narrative histories and Cold War spy thrillers, to relish the clash between the good and the ugly, depending on your chosen vantage point.

The bigger drama was staged within individual states, and the so-called Soviet bloc became the original surveillance society. The Big Brother was born there—Winston Smith too. In pre-data dictatorships, the state saw everything, listened to every whisper, and followed every step of the suspect. In regimes built on the Biggest Lie, truth was a monopoly of the state, rationed among citizens to sustain an adulterated reality. The order of the lie could be maintained only through permanent vigilance. No algorithms were deployed then; there were only the brute, physical instruments of the secret state. Power was a reality-altering force; resistance was treason.

We haven’t come a long way, though there’s not much space for a George Smiley. An innocuous smiley on your phone will do the job. In countries where democracy is a choreographed sham, or where it is the only modernisation that corrupts the mind, digital monitoring of people’s movement—and motivations—has replaced the old informer at the corner table in the café. You should still dread the midnight knocks; you should dread the eavesdropper you carry everywhere more.

There was this brilliant piece of investigative reporting in the Atlantic last year, detailing how Xi Jinping was weaponising artificial intelligence to fortify his autocracy. Ross Andersen reported: “Xi’s government hopes to soon achieve full video coverage of key public areas. Much of the footage collected by China’s cameras is parsed by algorithms for security threats of one kind or another. In the near future, every person who enters a public space could be identified, instantly, by AI matching them to an ocean of personal data, including their every text communication, and their body’s one-of-a-kind protein-construction schema.” The Beria of the 21st century is a laboratory-born monster.

Xi is not the only autocrat dependant on the digital spy. Others don’t have his wealth or ambition—or power—to do it on their own. So they outsource. Even rogue nations covet digital smartness, including its dark arts. Have a look at the leaked client list of Pegasus, “a cyber intelligence solution”—spyware for short—developed by the Israeli firm NSO and you realise what kind of countries are desperate for stealing people’s thoughts. For most of the published clients, the persistence of the enemy is a prerequisite for the macabre craft of governance. One of them even allegedly hunted down an enemy, a journalist, in its consulate in a foreign city and dismembered him. In the states of fear, both the ruler and the ruled live on the edge. The first one to fall is the latter, always. Information, lately digitally sourced, is his death warrant.

The Panopticon is a monument built by paranoia to political power. Its digital transformation has not changed its original intention: the citizen is the prime suspect when the ruler is secretly worried about his illegitimacy. And that is why India does not belong to the Pegasus power list.