The Chill of Shimla 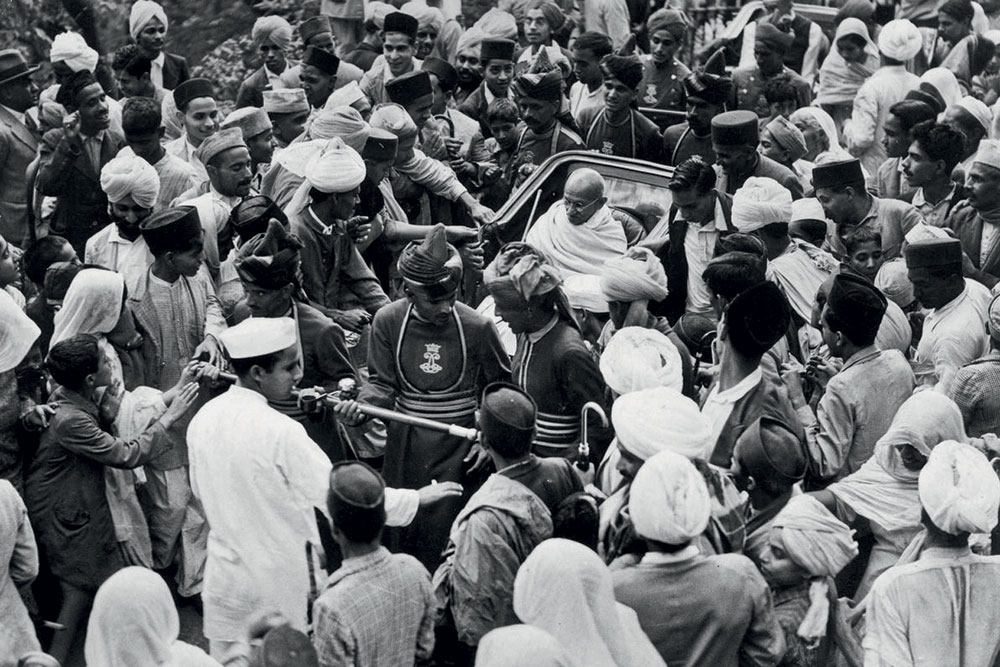 
ON MAY 12TH, we marked the 100th anniversary of Mahatma Gandhi’s first visit to Shimla. Ostensibly, he came to see Pandit Madan Mohan Malviya. The latter, convalescing in the salubrious environs of Shimla, had expressed a wish to see Gandhi. Gandhi said that rather than troubling his ailing senior, he would himself go up to see Malviya. But, perhaps, the real reason was to see the Viceroy, Rufus Isaacs, then Lord, later, first Marquess of Reading.

Reading, one of the rare members of the Jewish persuasion to make it to the British cabinet when he became foreign secretary, began his term in India earlier that year with the policy of conciliation. Just two years previously, we had suffered the massacre of Jallianwala Bagh on Baisakhi, April 13th, 1919. Over 350, including 40 children, lost their lives, and as many as 1,500 were injured.

The unrest in Punjab and elsewhere had followed the infamous Rowlatt Act that year, which extended wartime repressions, including arrest without warrant and indefinite detention without trial. India had contributed hugely to the Great War. More than a million Indians fought for their colonial masters in a conflict not of their making or in their interests. Some 100,000 of these were martyred in the process. But instead of being rewarded with more liberties, the British crushed them all the more brutally.

Gandhi and his wife, Kasturba, arrived in the toy train on the Kalka-Shimla line. A huge crowd awaited them at Summer Hill railway station, just below the Viceregal Lodge. Wherever he went, Gandhi was mobbed. Lala Lajpat Rai and the Ali brothers—Shaukat and Mohamed, who headed the ‘Khilafat Committee’—were also with him. Naturally, Hindu-Muslim unity was the top priority of the day. When he went to the Viceregal Lodge on May 13th, the crowds cried, ‘Be-taj Badshah ki Jai’ (Hail to the uncrowned king)!

Reading received Gandhi with utmost courtesy and heard him out patiently. This was the first time that any popular representative of the Indian freedom struggle had crossed the portals of the summer capital of the empire. Reading wanted to apply balm on the Indian wounds. He also wanted to grant Indians the rights guaranteed in the Government of India Act, 1919.

Gandhi went beyond putting his case for non-cooperation before the Viceroy, a resolution for which was passed in the Nagpur session of the Congress on December 30th, 1920. Typical of his methods, Gandhi wanted to forewarn the rulers of India what lay ahead if more freedom did not devolve to the ruled. He also bargained for the Ali brothers to be let off with an apology instead of being arrested, even deported, for allegedly inflammatory speeches that they had delivered. The first meeting could not be called a failure. It is another matter, however, that Reading had Gandhi arrested for sedition in 1922, the following year.

On May 14th, 1921, at the Arya Samaj Hall in the Lower Bazaar, Gandhi addressed a meeting of women, then spoke at the Idgah Maidan on May 15th, where a crowd of 15,000 had congregated to listen to him. Gandhi preached the essence of Swaraj to his listeners in terms of developing the moral and spiritual strength to resist imperialism.

But it is the extraordinary account of his first visit to the summer capital of British India that is of most interest to us. Writing a few days after returning to the plains, he called it “Five Hundredth Storey.” ‘I had heard of Simla,’ he says, but ‘I had not seen the place. I often wished to see it but was always afraid to go there’ (The Collected Works of Mahatma Gandhi, vol 23, p 171-173; quotations that follow are from this source). Gandhi’s fears were well-founded. Though the climate was ‘lovely’ and nature ‘withheld nothing of her riches’, Gandhi felt he ‘would have to run away from this place or else I would go mad.’

Why? Because ‘Delhi, most certainly, is not the symbol of India’s slavery. The place which is the real headquarters of the rulers is Simla.’ Gandhi was offended by the inordinate amount of money spent to keep the colonial rulers in comfort as well as the hand-drawn rickshaws, the only mode of transportation in the narrow and steep hill roads. Even though there were three men and a foreman to pull the single-seater, it still seemed utterly inhuman to Gandhi, a badge of our slavery:

‘What is strange, however, is that the rickshaw has become quite an ordinary conveyance, as if it was the most natural thing for any of us to be yoked to a vehicle! I asked the men who pulled the rickshaw which carried me why they had taken up this work. Did they not have a belly to fill? They queried in reply. I know this reply is not quite convincing; it cannot be said, though, that they take pleasure in becoming beasts of burden. On the contrary, my charge is that it is we who force men to become beasts. Why should it be surprising, then, that we have become the Empire’s bullocks? Of course, not just the British, but the Indians used these rickshaws too.’

But Gandhi’s real critique of the Raj comes in its distance from the common, toiling masses: ‘Simla is at an altitude of 7,500 feet. If people understand the implications of the fact that the Government is carried on from such a height, they will know what the Empire means.’ The terrible state of the country is because of this distance, this disconnect, which breeds callousness and indifference: ‘Is it any wonder that the country starves? It should no longer seem strange that, in the foothills of Simla, three crore innocent children famish for want of food.’

Likening this extravagant and exploitative arrangement to a shopkeeper who lives on the 500th floor but charges his customers both for his expenses in addition to his usual profit, Gandhi argues that in such an arrangement the customers are bound to go bankrupt. If the master lived so high up at his own expense, it would be another matter, but ‘As a matter of fact, however, he lives there at the customers’ expense. He recovers the expenses of living where he does and also charges his usual profit. What wonder that the customers of such a businessman become bankrupt, become paupers?’

At 15 feet a floor, Gandhi had calculated that for the empire to conduct its affairs from Shimla was like living on the 500th floor at the expense of the Indian people. ‘So long as a distance equal to the height of five hundred floors separates the Empire from us,’ Gandhi declares, ‘Dyerism must be used for maintaining the distance. Swaraj, if run from this height, will be no Swaraj.’

Good government, whether British or Indian, cannot be run from such heights, Gandhi argued, from so great a separation from the people. The rulers must descend to the ground floor to be on the same level as the ruled. The distinction between the high and the low, between the ‘white and the coloured’ or the ‘Brahmin and the Bhangi’ must end: ‘He is a true Brahmin who serves a Bhangi, and not the one who rides on the shoulders of one.’

The Mahatma ends with some parting advice still relevant to the rulers of the land: ‘He is no king who maintains a distance, the height of 500 floors between him and the subjects.’ A just ruler is one who cares for the last person in his realm. But this imperative to serve and help others is a human imperative, not just a regal duty: ‘The happy man exerts himself to relieve the suffering of others, and the king to raise the beggar to his level, which means that though a king, he voluntarily becomes a beggar.’

Gandhi calls on God himself to be the servant, not the master of his own creation: ‘God, the Ruler, earns his title to rule by making Himself the slave of his slave, makes Himself worthy of worship by purifying the sinner.’ Far from this, the British Raj in India, was quite at the opposite end of this compassionate line: ‘In Simla I saw the reverse of this and my heart bled.’