The illiberalism of liberals 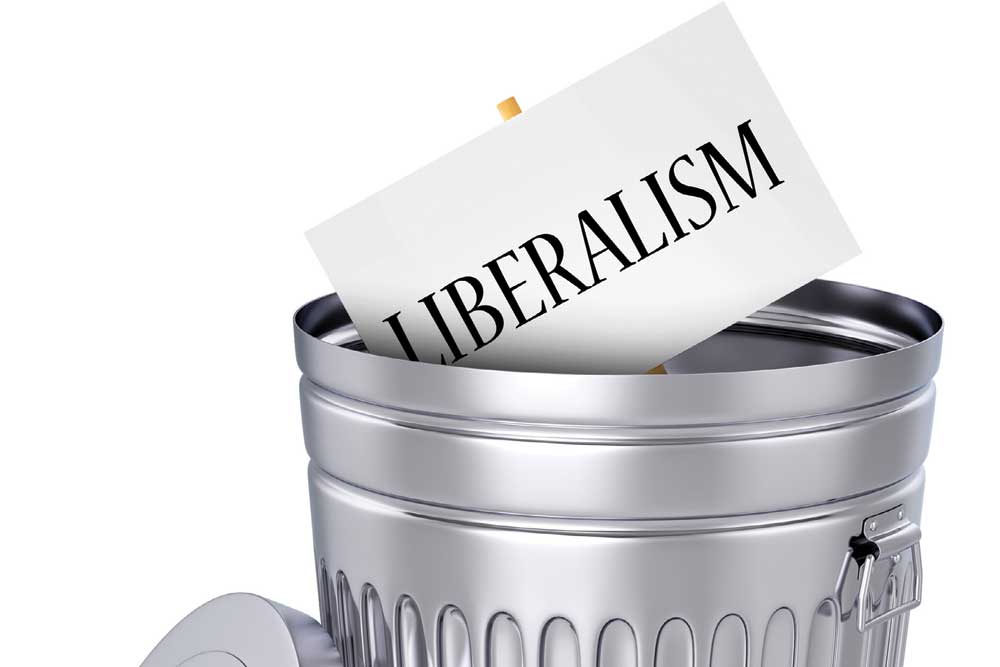 THE OTHER DAY I ran into an old friend who is a lifelong liberal. “Oh, we haven’t met for years,” she trilled after removing her mask, and giving me and my wife (in that order) a tight hug.

“CAB,” I told her when we’d disengaged.

“Oh, you mean that horrible Citizenship Amendment Bill,” she grimaced.

“No, CAB is Covid Appropriate Behaviour,” I reminded her helpfully, post-hug.

“Ah, that,” she said waving her hands dismissively. “I thought you were defending that awful citizenship Bill.”

“It’s now an Act,” I said, again helpfully. “Only they haven’t notified the rules as yet.”

And then she took off. “I so hate this Modi Government. So illiberal. So intolerant. Telling us what to eat, how to dress, where to pray.”

She shrugged an elegant shoulder. “Thank goodness, we’ll have someone liberal in power in 2024 like Mamata, Rahul or Kejri.”

Now, my friend is part of South Mumbai’s entitled elite, travels widely and collects art. My wife and I have known her for decades, so I decided to be gentle with her.

“You aren’t a liberal,” I told her, breaking the news as carefully as I could.

She was shocked. “Of course, I am! I hate Kangana Ranaut. I hate Republic TV. I hate Arnab Goswami. I hate this fascist Government. I hate the RSS. I hate Hindutva.

I put a hand lightly on her shoulder and said, “That’s a lot of hate. Liberals aren’t supposed to hate.”

She made a face. But being entitled and elegant, composed herself quickly. “Okay,” she smiled. “You’re right. I’m actually very intolerant.”

“That,” I said, “isn’t being liberal. Real liberals are open-minded. They engage with opposing points of view. They don’t hate. They are tolerant.”

By now my wife was rolling her eyes. But my friend wasn’t done yet. “Alright, so I’m intolerant. I hate a lot of things and people and if that makes me illiberal, then I’m proud to be illiberal.”

Now, I’ve known her for decades and she’s actually a terrific person, so I escorted her to her table at the restaurant we were in.

But the brief conversation got me thinking. Why do self-declared “liberals” hate so much?

Take the case of the actor Kangana Ranaut. You don’t have to agree with her. She enjoys the same right as anyone else to express her views. Most self-appointed liberal commentators are forced to concede that but, with all that hate residing in their red corpuscles, they can’t resist being sneaky.


One India is forward-looking. It doesn’t judge people on the basis of education, accent, background or class. The other does

So, when saying the comedian Vir Das and Ranaut both have the right to their opinions, they slip in a remark that reveals their contempt for Ranaut and respect for Das. Ranaut is described as stupid, jejune, crass. Das is seen as merely speaking truth to power.

One commentator who wears his liberalism on his sleeve but revels in illiberal prose, wrote in an op-ed: “Laws are being made to turn Muslims into second-class citizens; mob lynchings and intense hatred are instilling fear; and both law and violence are being combined to prevent religious mixing and deepen communal segregation.”

The pathology underlying this is not difficult to unpeel. Ranaut is proxy for the Narendra Modi Government which liberal poseurs hate with a vengeance. Das represents people like us (PLUS). He speaks nice English, went to a nice school, looks PLUS-ish. Ranaut is from Hillary Clinton’s “basket of deplorables”, speaks English with a pahadi accent that used to make Karan Johar (a PLUS type) snigger before Ranaut shut him up.

So yes, there are two Indias. But they aren’t the two Indias Das thinks. One India is forward-looking. It doesn’t judge people on the basis of education, accent, background or class. The other does.

But, of course, both these Indias are just social Indias, not the real Indias. Those are multiple Indias with multiple problems of caste, poverty, religion and the rigour of everyday life.

To these multiple Indias, liberalism means nothing.

The grind of life squeezes every pore of energy and imagination out of them. This is the India those who are privileged and entitled enough to have the luxury of hating should care about.

After dinner, my friend, newly released from her imagined liberalism, came to our table and gave me a tight hug. My wife rolled her eyes again.