The Aesthetics of Indian Politics II

There’s not a dull moment in the spiciest of subcontinents 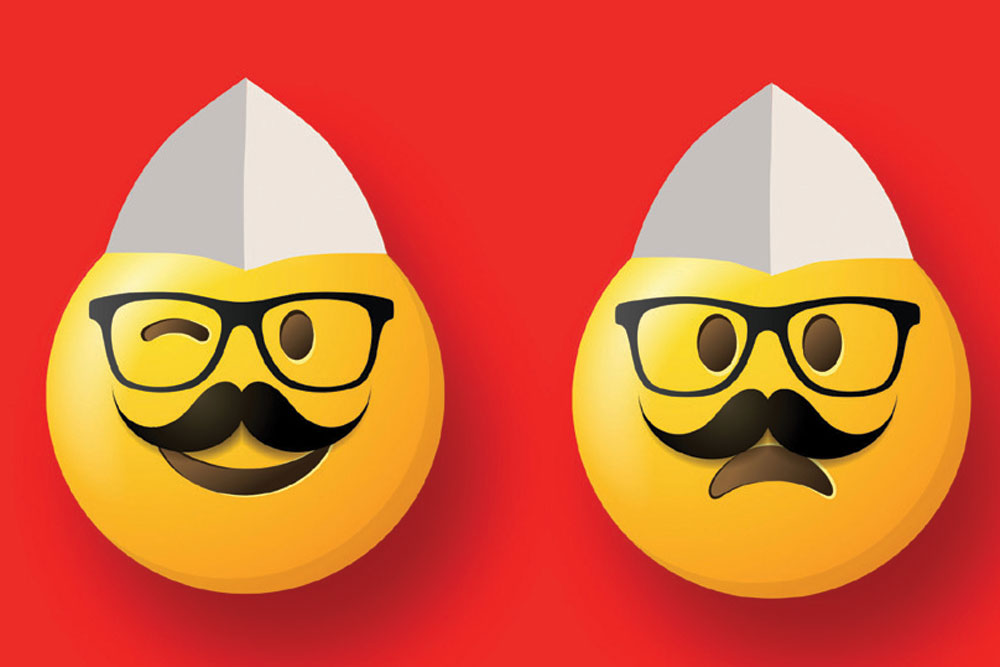 
THE IDEA OF rasa as well as its understanding are central to India’s artistic and philosophical traditions. Even a preliminary acquaintance with rasa aesthetics, furthermore, leads to a deepening of our appreciation of human experience itself.

In other words, rasa is the very sap and relish of life. Consequently, through the ages, Indians have given a lot of time and attention to optimising, if not maximising, its savour. Rasa is not only crucial to the entire spectrum of the arts and crafts of India, but also to a thoughtful empathy of the lived reality of our complex and fascinating country.

For an informed appreciation of rasa, we must go to its first occurrences some 3,500 years in the Rig Veda. Among the oldest known texts of the human species of such scale, size, and majesty, the Rig Veda regards rasa simply as juice. Amazingly, the same primary meaning of the word persists to this day. In the Rig Veda, rasa mostly denotes the juice of the soma plant.

Soma, as we understand it, was a magical medicinal plant whose juice or rasa was a highly prized, inspiring and symbolically charged elixir. Agni and Soma, of course, like Yin and Yang, refer to the male and female principles, which must be in balance for us to realise our full potential and thrive as human beings.

Sceptics, especially Westerners, have considered soma to be little more than a hallucinogenic plant, the extract or rasa of which might serve as a narcotic or intoxicant. From their point of view, our progenitors, the great rishis, were often “intoxicated”. But we believe that their afflatus or inspiration was not merely a “high” derived from mind-altering substances. Rather, it was spiritual power, the ecstasy of self-realisation and cosmic consciousness.

The chanting of the Vedas in the proper manner induces this heightened state of consciousness. That is why the Vedas were performative, not scriptural. They were not simply literature or even liturgy, but chants, invocations, mantras, songs, poems. To this day, this tradition of worship by the continuous singing of sacred texts from the Gurbani is carried out in gurdwaras across the world. 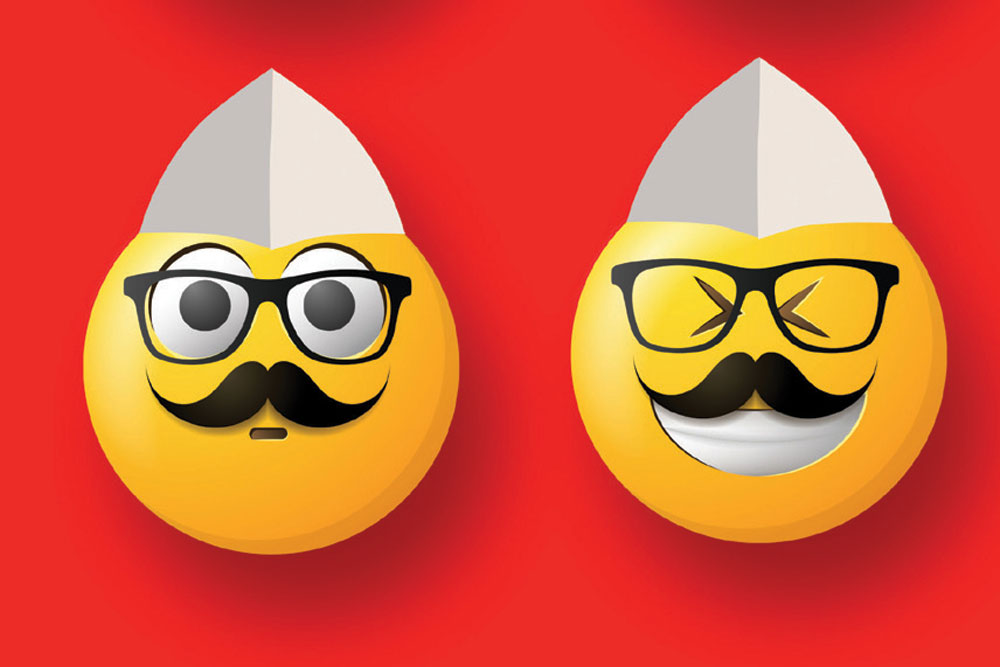 When it came to the mantras of the Vedas, they were thought not only to be elevating spiritual incantations, but conducive to beneficial actions in the real world. By properly intoning them, along with sacrificial rites, worshippers could subdue the elements, overcome enemies, cure illnesses, acquire prosperity and progeny, fulfil desires, and so on. The world, thus, was inextricably linked to the word.

In fact, it was the word that produced and reordered the world to our satisfaction. The material, spiritual and the aesthetic were thus fused into the right transformative synergy at the very source. To cognise the world, to act in or on it, to transform ourselves and our surroundings—all these were actually ways of enjoying the world in addition to living in it. The object of knowledge was also the object of delight. The kinaesthetic and the aesthetic went hand-in-hand.

After the Vedas were already disclosed and in practice, the Upanishads, especially the Taittiriya, Kaushitaki and Isha, gave rasa a more complex and layered character. Not only juice, rasa now means spiritual essence and flavour. What is more, in an Upanishad like Isha, it informs, moves, colours and transforms the mind.

In the Taittiriya Upanishad occurs the famous declaration “Raso vai saha”—that is the flavour of all existence, by tasting or grasping which, our lives can become blessed. Rasa is thus the all-permeating and animating sacred consciousness, so meaningful and flavourful too.

Without rasa, our existence would not only be drab, dreary, and without delight, but also devoid of sense and significance. Thus, from the Vedas onwards, we recognise rasa as an integral part of systematic thinking about what makes life meaningful and enjoyable.

As most major ideas migrated from the Vedic core to the other domains, so did rasa. In fact, Bharata’s great treatise, the Natyasastra, came to be known as the Panchama, or fifth Veda. Natya, or the art and science of drama, but more generally, all performance, was given such a high status in India because it was conducive to dharma, as well as the other purusharthas, artha, kama and moksha.

Unlike Plato’s Republic, in which the poet is banished from the ideal kingdom, the very first chapter, the ‘Natyotpatti Adhyaya’, which instantiates the deepest philosophy of the performance arts in the guise of myth, declares that natya is necessary because ordinary people in Kaliyuga may not understand or have access to the Vedas. The Natyaveda was created by Brahma by incorporating elements of all four Vedas.

The larger body of the populace is to be conveyed the essence of the Vedas in a manner that is both entertaining and enlightening. This can be done through drama, performances and narratives. Knowledge, unlike many motivated claims to the contrary, was not exclusive in classical India. It was available to all, although in different forms and genres, as suited their temperament.

While each civilisation tries to create and maintain the conditions for human flourishing, India’s rasa aesthetics suggests that the inhabitants of this land tried to juice life in all its dimensions—physical, sensual, emotional, mental, psychic and spiritual. In addition, we in India paid even more attention to the trans-physical. Our ancestors devised innumerable techniques and technologies of unlocking human potential, transcending suffering, in order to reach elevated states of consciousness and realisation.

But this doesn’t mean that we neglected the physical, more mundane and grosser aspects of our existence. Even if we did not have the best political or economic conditions, we sanctified, refined, turned into art, even sacred obligation, every single bodily urge or need. Culinary arts reached unprecedented levels of diversity and enhancement in our land, successive migrations or invasions only adding to the flavours of multifarious cuisine.

India’s rasa aesthetics suggests that the inhabitants of this land tried to juice life in all its dimensions—physical, sensual, emotional, mental, psychic and spiritual. In addition, we in India paid even more attention to the trans-physical

Who would deny that ours is the foremost commonwealth of condiments, the spiciest of subcontinents, the sauciest of states? We are the most flavour-filled of nations. As a rule, we Indians abhor dullness. Vitality courses through our very blood. The robotic, expressionless faces of some of our neighbours make us cringe. Don’t they feel anything, we wonder. Why are they so like automatons in their collective and coordinated movements, so soulless and mechanical in their responses, as if they have been mass-programmed?

In contrast, strangers from more orderly climes have gone to the extent of saying that India is an assault on the senses. Its smells and sights make a visceral impact on our beings. The six seasons, dominated by the intense heat of the summer following by the cooling monsoon showers, only add to how intensely we experience every passing spell of nature.

Whatever one’s mental state, orientation or personality, one can hardly remain lukewarm about India. Hate it or love it, one cannot remain indifferent or lukewarm to the experience of India.

No wonder when Octavio Paz first came to India in 1951 as an attaché in the Mexican embassy, this is how it struck him as he plunged into the streets outside his hotel in Mumbai: “waves of heat; huge grey and red buildings, a Victorian London growing among palm trees and banyans like a recurrent nightmare, leprous walls, wide and beautiful avenues, huge unfamiliar trees, stinking alleyways … torrents of cars, people coming and going, skeletal cows with no owners, beggars, creaking carts drawn by enervated oxen, rivers of bicycles … the apparition of a girl like a half-opened flower … gusts of stench, decomposing matter, whiffs of pure and fresh perfumes … stalls selling coconuts and slices of pineapple, ragged vagrants with no job and no luck, a gang of adolescents like an escaping herd of deer … public gardens overwhelmed by the heat, monkeys in the cornices of the buildings, shit and jasmine, homeless boys … in the violently blue sky, in zigzags or in circles, the flights of seagulls or vultures, crows, crows, crows.…” (From In Light of India, 1995).

The rasas of India are many. They inform every aspect of our lives. How can Indian politics, our own carnival of democracy, be exempt from it? As I write this on July 7th, there is an outbreak of full-fledged festivities over the Cabinet expansion in Delhi. The atmosphere is fiesta-like. All the rasas and colours of Indian politics are in full flow.

Along with the principal actors and commentators, we the people of India, too, experience all the eight rasas that Bharata enumerated in the Natyasastra some two millennia ago: sringara, hasya, vira and adhbuta on the one hand, and karuna, raudra, bhayanaka and bibhatsa on the other.

We also undergo the moods of their determinants, the sthayi bhavas, or stable states, both the pleasant that inform the first group—rati, hasya, utsaha and vismaya, as well the unpleasant, which we usually try to avoid—shoka, krodha, bhaya and jugupsa*.

Sitting quietly in the first row at the swearing-in at Rashtrapati Bhavan is the impassive white-bearded one who embodies the ninth, or shanta rasa, even if it is he who has been the puppet-master of the play. n

(* A preliminary introduction and explanation of the rasa aesthetic was offered in the previous column – ‘The Aesthetics of Indian Politics’, July 5th, 2021).