The Aesthetics of Indian Politics

How to appreciate the greatest spectacle on earth 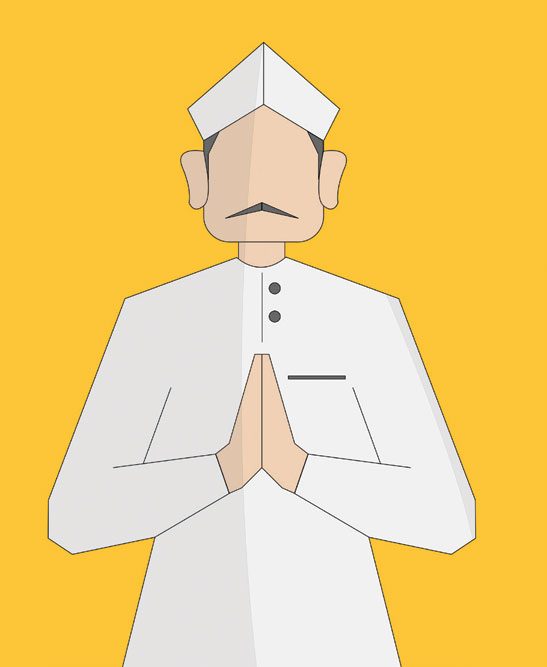 
THE EXTRAORDINARY THING about Indian politics is that it is the nation’s greatest pastime. Like all great art, it is both instructive and entertaining. In its theatrical value, screen and attention time, politics easily beats its nearest two competitors, Bollywood and cricket. When it comes to its total viewership and participation, economic and political clout, job opportunities and employment generation, energy and expenditure, politics simply has no challengers or contenders.

Politics occupies pole position in our lives. Who would dispute that?

Yet, politics is not merely play. At times, it is a serious, even deadly, business. There are riots, deaths, abductions, assassinations or disappearances. Destruction or loss of property. Morchas, agitations, movements, moves and countermoves. The daily spectacle keeps us engrossed, preoccupied, even rivetted. With its manifold and colourful characters, unpredictable twists and turns of plot, overarching national and international themes, interesting settings, atmospherics aplenty, not to mention endemic and enduring conflicts, Indian politics is probably the greatest show on earth.

Given its huge theatrical value, all the major rasas, feelings and affective flavours, along with their determinant cognitive and emotional states, identified in ancient Indian dramaturgy, find ample scope and play in Indian politics. But apart from all the well-known rasas, it is shanta rasa or the mood of tranquil detachment, that is central to success of both the performer and the performance in the vast and dynamic drama that is Indian politics.

But, before coming to that, one might wonder what is rasa? A word still in daily use, simply speaking, it means taste or savour. Culinary delights like rasam, the thin, spicy soup so common to south Indian meals, or the flavoured cold drink mix Rasna, demonstrate its semantic currency. Indeed, in all Indian cuisine, rasa is so important—in summer, for instance, aam ras, the juice of ripe mangoes, is enjoyed with hot puris, considered such a treat for many in western and central India.

Rasa, thus, is actually relish. It must be tasted rather than merely seen or heard. These examples, no doubt, link food with aesthetic sensibility, showing how some of the defining features of our way of life endure despite rapid changes and modernisation.

Rasa also figures in the celebration of all our festivals. For example, Holi, the festival of colour. Observed each year on Phalgun Purnima, the full moon night, this ancient spring festival, observed all over India, is marked by the burning, the previous night, of the effigy of all impurities, as in the story of Prahlad and Holika.

Holi is the rite of the victory of spring over winter, or Eros over Thanatos, depicted in the frolic of Krishna with his playmates, the gopis of Vrindavan. Before welcoming spring with a frenzy of colour, song, dance, and oftentimes, intoxication, it is imperative to make a bonfire of our vanities, get rid ourselves of the rotten, festering, negative emotions of the dead year gone by. Similarly, every festival in India—whether it is Durga Puja, Ganesh Chaturthi, Pongal, or Diwali—must be enjoyed with all its rasas, participatory delights.

While rasa is thus an ordinary word in our vocabulary, it is at the same time one of the key philosophical notions in the indigenous aesthetic system of India. Along with other concepts such as dhvani, alamkara, vakrokti, and auchitya, it helps to constitute a comprehensive aesthetic philosophy, which has informed our civilisation from the earliest times to the present.

In Bharata’s Natyasastra (circa 500 BCE–500 CE), the oldest and most comprehensive treatise on performance in India, eight principal rasas, with their corresponding sthayi bhavas or contributory stable states of being, have been recognised. In its famous sixth chapter, Bharata identifies them as follows: sringara (love), hasya (laughter), karuna (compassion), raudra (anger), vira (heroism), bhayanaka (terror), bibhatsa (disgust) and adbhuta (wonder).


There is no politics in India without rasa. From family soap operas in which anointed heirs are dislodged by displaced and bypassed elders to settling scores after electoral victories, we experience karuna (pity) or raudra (outrage) at what happens daily on the stage of indian politics

Each rasa has a corresponding dominant or stable mental state, or bhava, which helps to produce it: rati (love), hasa (mirth), shoka (sorrow), krodha (anger), utsaha (enthusiasm), bhaya (fear), jugupsa (disgust) and vismaya (wonderment), respectively. Bhavas, of course, are not just stable emotional states, but states of being. Rasa aesthetics is, thus, based on an understanding and conceptualisation of the structure of human experience.

It is more fruitful to consider it descriptive rather than prescriptive. Bharata, furthermore, also defines how rasas are generated or produced in his famous Rasa Sutra: vibhavanubhava-vybhichari-samyogat rasa nispattih—the combination of vibhavaas (determinants), anubhavas (consequents) together with vyabhichari bhavas (contributory or transitory states) produces rasa.

These eight rasas, according to Bharata, actually fall into two groups of four each: sringara, hasya, vira and adhbuta on the one hand, and karuna, raudra, bhayanaka and bibhatsa on the other. If we examine their sthayi bhavas, we will see that the first group is pleasant, while the second, unpleasant. While we all like to experience rati, hasa, utsaha and vismaya, we try to avoid shoka, krodha, bhaya and jugupsa.

The rasas promote the Purusharthas, the cardinal values of our civilisation, Dharma (righteousness), Artha (wealth and power), Kama (pleasure) and Moksha (liberation), by pointing out the consequences of our actions. Some actions will have pleasant consequences while other will have deeply disturbing ones.

The plot of a play will show which actions are conducive to a good, that is, virtuous life and which are not. The abduction of Sita, for instance, will induce bhaya, shoka, jugupsa or even krodha—all these emotions suggest how immoral or terrible an act it was—and the corresponding rasas—bhayanaka, karuna, bibhatsa or raudra—will be experienced by the spectators of the performance.

The consequences of Ravana’s act, eventually, include not just the death of Ravana, the perpetrator of the deed, but the destruction of his whole kingdom, along with many of its inhabitants. There is, thus, an intrinsic relationship between the rasas and the Purusharthas.

Despite the impact of Western ideas on the Indian psyche, rasa aesthetics continues to underlie our artistic and visual sensibilities. One proof of this is its prevalence in the most popular and powerful of our artistic media, Bollywood cinema. I would wager that 90 per cent of all Mumbai films are dominated either by sringara (romantic) or vira (heroic) rasas.

Also, ours is primarily a cinema of emotion rather than action or intellect. We go to the movies not only to laugh and cry, to feel pain and pleasure, to escape from our daily routine, but also to engage with our realities through exaggeration, fantasy and romance.

In Indian films, like the older folk forms of performance—dance, songs and music—are an integral part of the experience of the viewing. Our cinema or teleplays, with all their distinct features, now available in new variations on OTT platforms, shows a continuity with modes of performance that hark back to Bharata’s Natyasastra. Whether we are aware of it or not, our rich rasa aesthetic traditions continue to inform and inhere in all our modes of recital and enactment.

This includes Indian politics, which as I have argued, constitutes our primary theatre of public performance. It has heroes and heroines as it does villains, felons, baddies. It also has its share of fools, jokers, jesters and clowns. Sometimes, besides the main plot and action, there are even item numbers, cameo appearances and bit roles. In any case, rasa is intrinsic to the deeper structures and values that underlie Indian aesthetic thinking as well as politics.

Bharata says there is no natya or performance without rasa. We might add that there is no politics in India without rasa. From family soap operas in which anointed heirs are dislodged by displaced and bypassed elders to settling scores after electoral victories, we experience karuna (pity) or raudra (outrage) at what happens daily on the stage of Indian politics.

A great leader’s enduring relationship with the ardent and adoring masses is certainly a type of sringara, bond of deep feeling and affection. His or her ongoing struggle against extraordinary odds is an example of vira-rasa or heroic valour. The worship of a nation as a deity, Bhavani Bharati or Mother India, is a form of devotion or bhakti, elevated to a dominant rasa during the medieval period when a storm of piety and loyalty to one’s ishta or favourite deity swept the length and breadth of the land.

Finally, to detach and remove oneself, whether one is a player or spectator, from the show; remove the make-up or the mask that one shows to the others; or dissolve the tie of passionate involvement in the performance if one is a member of the audience—that would lead to the shanta or the tranquil rasa. Added afterwards to the original eight of Bharata, but so essential to our survival and regeneration.