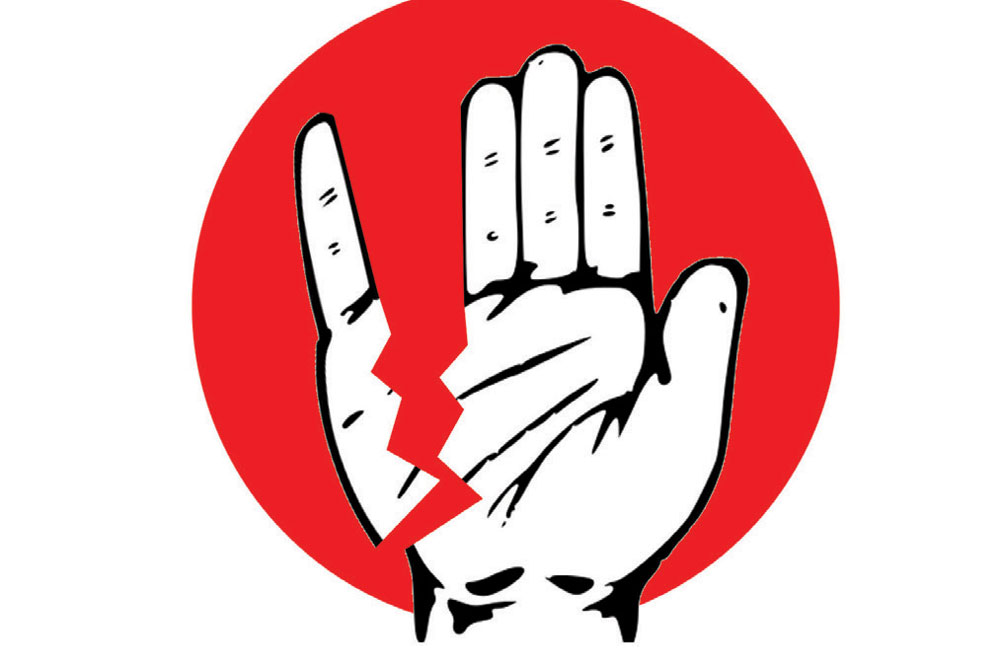 
BACK IN 1907, the ideological split in Indian politics was decided by the swing of a stiff Marathi slipper. Bal Gangadhar Tilak and his impatient supporters were tired of the somnolent speech-making in the imperial legislative council by the moderate faction of the Indian National Congress (INC). They decided to take matters in their hands and did that, literally. Much else was flung in Surat that year but at the end of it there was some ideological clarity. It was understood that the British Empire could not be countered with mere speeches.

More than a century has elapsed since that signal event. Much has changed since then and India’s political landscape bears no resemblance to that time. The diehard supporters of the Congress party, especially intellectuals, however, refuse to see these changes. In the days since the exit of Jyotiraditya Scindia, a stalwart of the party in Madhya Pradesh, there has been much hand-wringing. Some have lamented his “opportunism,” others have decried his quest for “power” and yet others said they would have been okay with his exit if, of course, he had not joined the Bharatiya Janata Party (BJP) and had formed an outfit of his own.

To put it mildly, these fantasies of the ‘microscopic minority’—and one can use the expression safely in its imperial British meaning—are delusional.

Ideologies do not exist in ether. They are lived ideas that need resonance with a people to remain relevant. From that perspective, centrism of the kind practised by the INC has lost its relevance. Since Independence, the Congress mastered the art of give-and-take among various electoral groups. This ‘art’ turned it into an electoral machine par excellence. But the cost of doing that was a steady erosion of its pre-Independence ideological moorings. Secularism turned into nothing more than pandering to a vote bank; socialism turned into a crude device for redistribution and, depending on your outlook, a cloak for import substitution.

Today, the BJP has cleverly positioned itself politically on the plank of nationalism; economically, it remains redistributive at its core. This leaves very little space for existing political formations. The only options left are either to pander to caste or some vague regional sentiment. Even the latter is hard to stabilise in electoral terms.

It is not surprising that calls for a new ‘split’ in the Congress remain undefined in ideological terms. It is one thing to say that leaders like Scindia should form a new party based on a new ideology but a wholly different matter to specify what that ideology should be. Twitterspeak is one thing; the real world is cruel. The Scindias of the world know that.

Then there is the other matter of how many ideologies can there be. The normal classification before the great recession of 2008 along the Left-Right axis, in theory, allowed for an infinite and malleable combination around the centre of that axis. For the last 50 years, political theorising explored virtually every exotic option that could be devised. Ultimately, the post-1991 consensus was that centrism suited everyone. The liberals loved it as did the minorities in every country where the ballot could be exercised. The trouble was that it was an engineered option and not a natural one. One could take key minorities, a thin slice of the majority—however defined: White, Hindu, Russian, whatever—and some deft ideological massaging to concoct an electoral brew. That lasted a good quarter century. It turned toxic by 2015.

The trouble for intellectuals everywhere is that they don’t have to fetch votes and when they do, they fail spectacularly. Then they go back to the same chants of “return, return, return…” spouted endlessly in op-eds and lecture circuits. In the meantime, peoples, parties and leaders have moved on. There is a solid ideological anchoring everywhere in the world, one that cannot be wished away. It goes by the name of nationalism. This is all the more bitter for the intellectuals. Unlike most isms, nationalism has not produced any grand theorists like Marx but is more or less a folk theory, one that ordinary people reach out to instinctively.

Scindia understood this much before he abandoned the Congress. He knew what the Indian masses thought about Article 370 and said as much when he came out in its support. The GOP of Indian politics could not understand that, nor could its intellectual backers. That is the ideological corner that needs a hard rethink. Not nationalism.

A Performer on the Front Foot