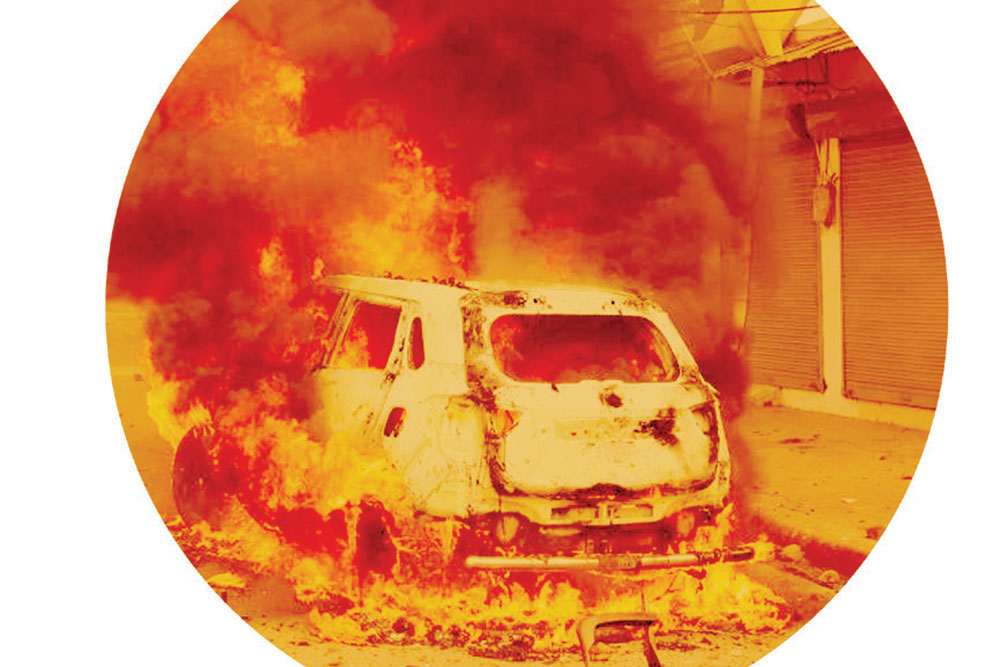 FOR A COUNTRY with a profusion of laws, India remains a remarkably lawless society. Nothing illustrates this truism better than the impunity with which people indulge in rioting and damaging public and private property. There are laws to handle these offences but they don’t deter would-be rioters and anarchists in any way.

That is about to change one of the most challenged states in the country. In mid-March, the Governor of Uttar Pradesh (UP) cleared the UP Recovery of Damages to Public and Private Property Ordinance, 2020. The ordinance provides for ‘claims tribunals’ that aim to assess damage due to riots and similar situations. Recovery of damages and punitive fines on those found guilty—impossible until now—is a distinct possibility.

Ordinarily, in a riot or any situation where a mob damages property, legal action is next to impossible. Police reports routinely file cases against ‘unknown persons’, a legal black hole as court proceedings simply jam up due to lack of evidence. With facial recognition technology, this is no longer a problem.

In UP—a state that is infamous for lawlessness—the present government is consciously charting a different path. In the wake of protests against the Citizenship Amendment Act (CAA) last year, it dealt firmly with the rioters by sending out notices for recovery of damages. In Lucknow alone, notices of recovery to the tune of Rs 1.5 crore were issued. The state government did not stop there: it plastered pictures of persons alleged to be involved in riots on hoardings at prominent places. The result: In UP, the so-called protest movement, which was nothing more than coordinated riots, ended very quickly.

Predictably enough, this did not go well with a lobby of lawyers and activists known to champion ‘civil liberties’. Legal challenges emerged quickly. The Allahabad High Court ordered the government to remove the hoardings with the names of the rioters. On appeal in the Supreme Court, much was made of how the hoardings violated privacy as a fundamental right—a court created right after the Puttaswamy case—and how the government’s actions did not have legal backing. The ordinance was issued in less than a week. Resort to privacy arguments is nothing more than providing a legal shield to potential rioters who can then remain anonymous as ‘unknown persons’ in police reports. The UP government better understands how the law works.

Economists have argued that any law requires changing beliefs of the people if it is to be effective at all. Consider any law that says some action is illegal and will lead to punishment. Such laws abound but remain ineffective. Any would-be violator knows that nothing will happen to him, that is, his beliefs remain unaltered. He then continues to riot, murder or indulge in arson without fear. In UP, this is changing. Say, the police know exactly who the rioters are and it puts out their names and photographs openly where everyone can view them. Once that happens, a second-order effect based on norms kicks in. It becomes very hard for rioters to feign innocence and remain hidden. Finally, the ordinance to recover money kicks in and imparts real damage in the form of fines. The entire package has sharp teeth and can go a long way in deterring people from committing crimes. All this rests on a simple idea: changing the beliefs of potential criminals.

Seen in this light, privacy arguments are like barking up the wrong tree. They end up giving far greater weight to individual rights over correction of individual wrongs. As such, the equation is imbalanced. The UP package will not only create a proper punitive order, but far more importantly, has the potential to restore deterrence, a function of the law that has been lost in India. The other angle to these claims is that it will have a ‘chilling effect’ on protests. This is deeply fallacious. This claim rests on conflating riots with protests. The two are very different matters. India has a robust tradition of peaceful protests going back all the way to Gandhi. It is the coupling of this idea with riots (to make protests ‘effective’) that is deeply disturbing. In the aftermath of the CAA, it was evident that protests were only a foil to shake the foundations of a lawfully elected Government that had taken a step unpopular with a certain section. The right to peaceful protest is vital to democracy and needs protection. The UP law does not touch that right in any way.