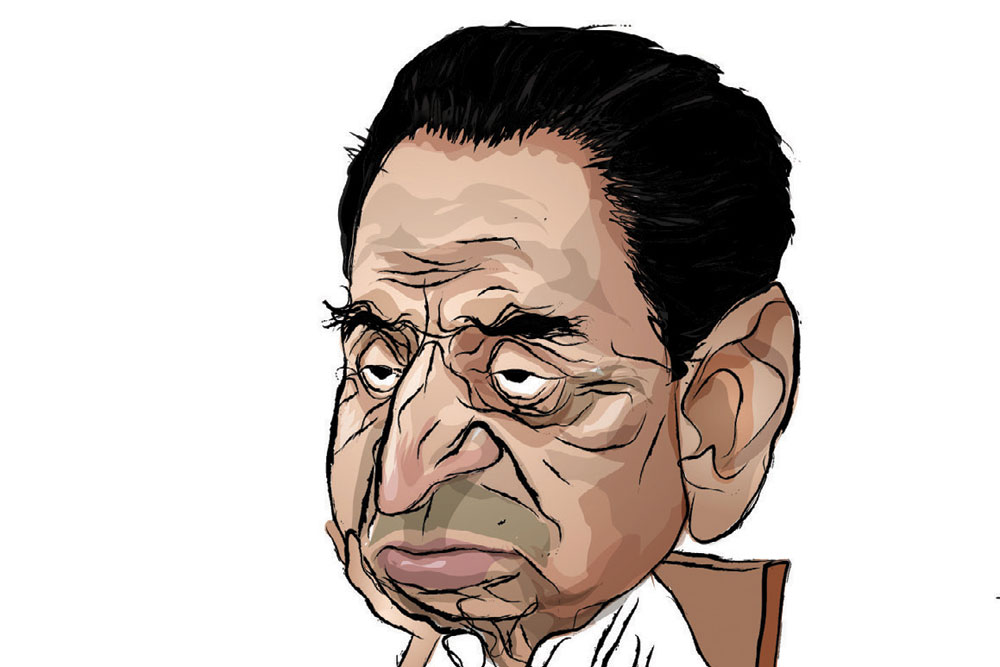 
Kamal Nath, former chief minister of Madhya Pradesh (MP) and Congress leader, suddenly announced his retirement in his constituency Chhindwara. It has puzzled everyone. He said that he didn’t crave power any more and it was time to take political sanyas. Some say he has a different motivation. He is not keen to be in MP and wants to shift to Delhi. There were rumours earlier that he could be the next treasurer of the party after Motilal Vora. But Pawan Bansal got the post, something that Kamal Nath was upset about. Several Congress leaders still think that after the death of Ahmed Patel, the party needs Kamal Nath in Parliament to maintain good relations with other opposition leaders. Retirement might be a gambit to get into the good books of the Gandhis again.

The latest twist over the farmers’ protests is that the Swadeshi Jagran Manch (SJM), a wing of the Rashtriya Swayamsevak Sangh (RSS), is supporting them, going against their own Government. It is being asked whether SJM can take such a position without getting the green light from RSS. But some think this is actually a ploy by BJP and Sangh Parivar to enter the farmers’ agitation that has been monopolised by the opposition. The Bharatiya Mazdoor Sangh, the BJP trade union front, often does the same. It supports workers’ issues with Congress and Left trade unions.

Union Home Minister Amit Shah’s political mind was on display regarding Darjeeling, where two opposing factions of the Gorkha Janmukti Morcha (GJM), led by Binay Tamang and Bimal Gurung, will play an important role. GJM is an ally of the Trinamool Congress (TMC). In the previous election, there were differences between Gurung and Trinamool, which led to the latter losing seats. This time, TMC leader and West Bengal Chief Minister Mamata Banerjee corrected the faultlines and Gurung is also with her. But then Shah immediately got active and reached out to the Gorkha National Liberation Front (GNLF), also an important party in the region. A GNLF delegation came to Delhi and met Shah recently.

Uttar Pradesh Chief Minister Yogi Adityanath, who has Z-plus security, recently had to inaugurate a Kailash Mansarovar Bhawan in Ghaziabad, a project for pilgrims very close to his heart. He was supposed to fly from Moradabad to Ghaziabad on helicopter, but decided to travel 150 kilometres by road instead. He stopped at several villages to interact with people, much to the anxiety of his security detail. Politicians just can’t keep away from their voters, can they?

The Tamil Nadu Assembly elections are going to be held next year. Kamal Haasan has said that his party, Makkal Needhi Maiam, will also contest. The main battle is going to be between the Dravida Munnetra Kazhagam (DMK) and the All India Anna Dravida Munnetra Kazhagam (AIADMK). Which side will Haasan take? Neither, by all accounts. But he is said to be in touch with Asaduddin Owaisi, the head of All India Majlis-e-Ittehadul Muslimeen (AIMIM). Following a good showing in Bihar, AIMIM’s next port of call is West Bengal and after that Owaisi wants to have a presence in Tamil Nadu. Haasan can have an alliance with him. BJP is siding with AIADMK and is worried that Haasan and Owaisi could eat into their votes too, not just DMK.

Congress leader Anand Sharma is the chairman of the standing committee on home affairs in Parliament. Recently, he called a meeting with the West Bengal chief secretary and home secretary. Committee member Dilip Ghosh, who is from BJP, had demanded that West Bengal be discussed because of the deteriorating constitutional relations between the Centre and the state. Chief Minister Mamata Banerjee instructed the two secretaries to tell the committee that she didn’t seek confrontation, and it was BJP doing so. But the meeting was suddenly postponed. It could happen again, soon.

Before the municipal elections in Rajasthan, Sonia Gandhi advised Chief Minister Ashok Gehlot to sort out his differences with Sachin Pilot. Gehlot, in turn, told the party’s state president to mediate and the arrangement worked. Congress was the party with the most seats while BJP lost several municipalities.

When Sharad Pawar turned 80 on December 12th, an early morning phone call he got, wishing him on the occasion, was said to be from Prime Minister Narendra Modi. Opposition parties are trying to unite against BJP and Pawar is becoming the main face of this endeavour. Even several Congress leaders are said to be keen on Pawar as the new United Progressive Alliance (UPA) convenor. But despite the antagonism between their parties, Modi’s relationship with Pawar is that of two old friends. Before the 2014 elections, they used to be in frequent contact.

The next Union Budget is a big challenge for Narendra Modi and the Prime Minister’s Office (PMO) is very active. Principal Secretary PK Mishra has been holding meetings with officials of not just the finance ministry but also of the health ministry since the Budget will have to be heavily focused on expenditure related to the Covid vaccine and its delivery.