Renaming Indore after the 18th century queen of the Maratha empire, Ahilyabai Holkar 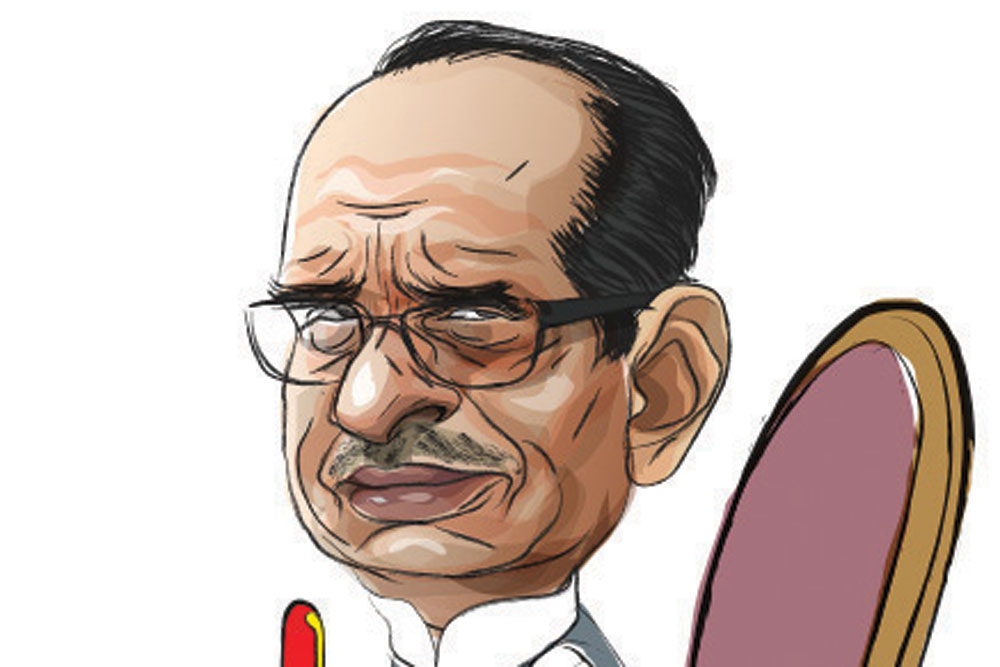 
Madhya Pradesh Chief Minister Shivraj Singh Chouhan is busy with plans for renaming Indore after the 18th century queen of the Maratha empire, Ahilyabai Holkar. But since the queen had shifted her capital from Indore (then Indrapuri) to Maheshwar, many feel the move is unnecessary. Plans are also afoot to rename Habibganj railway station after another 18th century queen, Rani Kamalapati. She belonged to the Gond tribe and was married to a Muslim. A few Rashtriya Swayamsevak Sangh (RSS) leaders, however, have expressed their reservations about renaming the station after her.

FORMER CRICKETER AND Bharatiya Janata Party (BJP) Member of Parliament Gautam Gambhir has been allegedly receiving death threats from ISIS Kashmir on his Yahoo! email account, and the matter is now being investigated by the Intelligence Bureau. But those against Gambhir in Delhi BJP and the cricket fraternity claim that it’s a ploy by the leader to stay in the limelight. There is, nevertheless, a clear and present danger since Gambhir was quite vocal on social media against Kashmir’s special status accorded by Article 370.

UTTAR PRADESH (UP) Chief Minister Yogi Adityanath is a nominated Member of the Legislative Council. But in the upcoming state Assembly election, he is likely to contest the Vidhan Sabha seat from either Gorakhpur or the Lucknow area. Irrespective of where Adityanath chooses to pitch his tent, Azad Samaj Party National President Chandrashekhar Azad will contest from there too, as he recently went on record saying that he would fight the election from the Chief Minister’s chosen constituency. BJP, in the meantime, is trying to gauge Azad’s influence and whether he can cut the vote bank of Bahujan Samaj Party (BSP) supremo Mayawati.

THERE IS A lot of speculation around former Mumbai Police Commissioner Param Bir Singh’s disappearance. Some believe that he has fled to Nepal fearing for his life, while others claim that he has been spotted in Belgium. Yet another theory points to his hideout in this very country where he’s being protected by those in power. And the Mumbai Press Club is abuzz with the news that he may return one day and topple the Thackeray government.

Malkhana (evidence/property room in police stations) reforms may be under way. The chairman of the Prime Minister’s Economic Advisory Council, Bibek Debroy, has proposed in an article that cash and jewellery confiscated by the police should henceforth rest in bank lockers instead of dank and rat-infested stores across police stations countrywide. In the past, there have been reports of 1,000 litres of seized liquor going missing from one such police store in Bareilly, and the cops readily blamed “drunk” vermins for the shortfall. This year, too, impounded firearms, drugs, bombs, cash and jewellery went missing from a prison in Katni, Madhya Pradesh. So, Debroy’s idea seems to have been lapped up by none other than Prime Minister Narendra Modi, say sources in South Block.

Home Minister Amit Shah recently met a delegation of Trinamool Congress Members of Parliament at his residence over the Tripura civic election violence. The delegation appeared to sit on a dharna in front of Shah’s residence, but the home minister gave them a hearing. So, the Trinamool members dropped the idea of a protest. In reality, we hear, there were two voices in the delegation—that of Derek O’Brien, who wanted to take on the Centre for its alleged role in rigging the polls, and that of another senior Trinamool Lok Sabha leader, Kalyan Banerjee, who kept praising Shah and even described him as a top strategist. Well, that apparently took even Shah by surprise.

ON TURNING 26 recently, Civil Aviation Minister Jyotiraditya Scindia’s son Mahanaryaman Scindia celebrated his birthday in style by cutting the cake with a sword in front of a thousand people. Though many wondered why he resorted to a symbol of violence for the act, Scindia Jr was quick to maintain that it was a royal custom although he wanted to work for the peace and progress of people at large. Words of wisdom from a debutant politician?

In election-bound UP, opposition politics is fluid. All India Majlis-e-Ittehadul Muslimeen leader Asaduddin Owaisi has tried to make seat adjustments with BSP chief Mayawati thinking Muslims and Dalits can join hands to check Samajwadi Party. Mayawati, however, is still not ready for such an alliance as she wants Hindu votes as well. Owaisi then tried to rope in Bhim Army founder Chandrashekhar Azad, and he too declined. Now, that keeps Owaisi in the hunt.

WEST BENGAL CHIEF Minister Mamata Banerjee met Nationalist Congress Party supremo Sharad Pawar in Mumbai. She also wanted to look up Maharashtra Chief Minister Uddhav Thackeray who had undergone surgery, but doctors advised him to rest. So, Uddhav’s son Aaditya paid her a visit instead. But throughout her stay in the Maximum City, Banerjee did not meet her state’s brand ambassador, Shah Rukh Khan. Neither did the latter come to see her. That has set tongues wagging.

IN A UNIQUE give-and-take, about 70 Pakistani pilgrims were granted visas recently by India to participate in the 718 Urs (death anniversary) of Sufi saint Hazrat Khwaja Nizamuddin Auliya in Delhi. Earlier, Pakistan had issued 3,000 visas to Indian Sikh pilgrims to visit Kartarpur, the birthplace of Guru Nanak, on the eve of Gurpurab, the Sikh guru’s birth anniversary. Such reciprocity points to a thaw in the tumultuous Indo-Pak relations since the February ceasefire. We also learn that the National Security Advisor and the Pakistani military establishment have established a rapport. Prime Minister Modi seems keen on establishing a unique bilateral equation with the neighbour, devoid of foreign ministry officials and the separatist All Parties Hurriyat Conference.