The ancients taught us the art of survival within boundaries 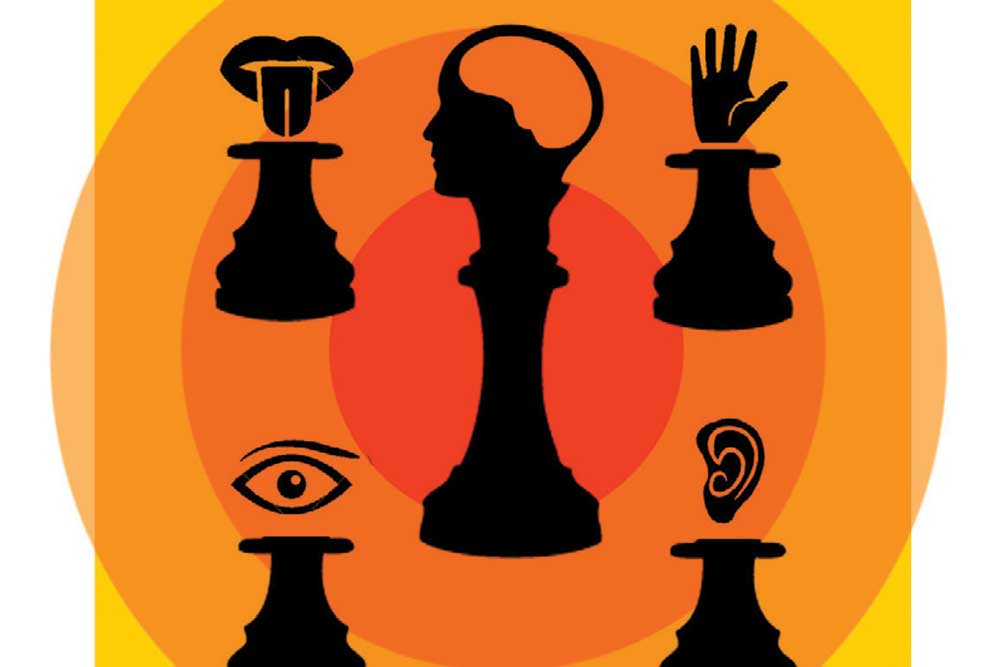 The normal cycle of a human being is to be conceived, then born, thereafter inhabiting the earth, and finally, encountering death, after which the temporal body will be destroyed or disposed of. Prehistoric humans were unlikely to survive had they not come to devise a conscious, functional organisation amongst themselves. The hazards surrounding them would have been too much in number and intensity.

Today, the human population has burgeoned to such an extent that they are likely to be wiped out as a consequence of their own action or lack of it, rather than through any outside reason. We have grown exponentially in many ways. A person whose growth is not well-rounded is called an idiot savant. He or she may be brilliant at a few things, yet totally inadequate in others. Each day, humankind learns something which gets added on to the vast knowledge bank our species already has. The storing and retrieving of knowledge have become easier with the dawn of the computer age.

Yet, even with such resources in hand, human beings seem to have forgotten a basic lesson from the past. A lesson that the dangers of ancient life had forced them to learn. This is the constant awareness of man and his surroundings. To imagine oneself to be stronger than is actually the case, is hubris. This is likely to end in annihilation. The ancients taught us that to disregard the positive possibilities of circumstances would result in a constricted life. Neglecting to factor in the negative ones would be to expose ourselves to danger through carelessness. What was crucial to them was a clear sense of boundaries. For these very boundaries saw to it that what had to be preserved was saved, while simultaneously keeping out that which would lead to a sudden or gradual destruction of the individual. A society was after all nothing but a collection of individuals.

There is an exact parallel in the metaphysical sense of survival too. The purely biological needs are something which every human being shares with animals. He, however, is invested with a so-called sense of superiority which often becomes his undoing. As social media shows, people with common food habits, language, geographical location, etcetera, tend to gather together. They forget the truth of Vasudhaiva Kutumbakam. That we may be different, but that there is a fundamental unity that slices through such differences and unites us. If only we look, if only we understand in the manner the ancients taught us. The common reasons for societal groupings are largely simple. People organise themselves into religions, political parties, etcetera. What holds them together is often less tangible. More idea than perhaps fact. The moment something becomes disprovable with just the evidence of the senses, it becomes double-edged, much like nuclear energy, of either great achievement or disaster. The ancients knew that bonds had to find roots deep in the mind and not simply in physical body.

In politics, it is the ‘idea’ which dominates. In religion, the ‘god’ factor is what adds potency to the mix. A compound made combustible by concepts of infallibility and omniscience. A religion may have a single omnipotent ‘deity’ to head it or many ‘divinities’ holding the same or different rank and power. The mistaken assumption behind some beliefs is the thought that gods proceeded to settle down as particular patrons of some of their own creations, rather than all. All, said the ancients, for it is an undefined, invisible ‘energy’ which animates all living creatures. Which upon exiting the body causes death or non-animation. Ironically. it is only human beings who have created religions in an effort to explain and to own the ‘energy’ behind creation.

Conflict between religions is brought about not by theology but by the practitioners. Very often the root cause of this fight is an unholy interest in political power, or economic gains such as the control of property and/or income secured from the ‘non-believers’. To blatantly state such selfish actions, it would make the ‘reformers’ look very distant from their self-acknowledged moral superiority.

The ancient texts of Sanatan Dharma have this refrain of ‘Dhanam, dhaanyam, bahu puthra laabham, shatha samvalsaram deerkhamaayu’, which literally means wealth, grains (enough food), lots of progeny and a long life of hundred years! There was no doctrine of renunciation touted about as the end of human life. In fact, sage Vibhaandakan, who was aware of the fleeting nature of life, tried to ensure that his son Rishyashringan (who went on to conduct the Puthrakaamayashti yagna, the sacred fire) presented King Dasharatha with a sweet dish, the consumption of which gave the monarch three queens and four sons, Shri Rama being one of them.

Indic philosophy states that the ‘soul’ evolution of a human being is a gradual and a classically step-by-step process. A person first experiences all the joy and sadness of the five senses that are central to life. Somewhere in the middle of this, he feels he is lacking something. This is his first thought about something different from the mundane. This thought leads to the next one, and so on. A desire for salvation is born not in the pristine world of high thinking and detachment. Rather, it is the wish for detachment from all the sensory ballast which makes him think of another option. Most of the manthras in their phalashruthi (a summation of the benefits of using these manthras) clearly sum up the worldly benefits of practice followed by sayoojyam or moksha (salvation). These ancient methods of esoteric practice were designed to guarantee you their stated objective of salvation, if followed properly. It is almost chemical in nature where the combination of two atoms of hydrogen and one of oxygen inevitably results in a water molecule.

Have we lost confidence in the practice of our Sanatani faith? A lack of thorough knowledge of these have resulted in our ignorance and resorting to ‘mumbo jumbo’. The lack of courage to admit to ourselves our carelessness about esoteric matters is accompanied by the far more dangerous lack of confidence to admit the truth that we first need to learn about ourselves. We need to examine what we already have. We
need to look at how much our knowledge bank is diminishing because of the lack of proper teachers, which is a direct consequence of a dearth of students of quality. We need to update the application in our lives of such information. We need to identify both the theorists and practitioners of Hindu rituals, and actually prove to them the vaunted assurance that they can and should continue to maintain the purity and continuity of these rites, rather than tailoring them to be in sync with ignorant, or worse, semi-educated moneybags who will dictate to these experts.

Ancient India held that those who were involved in ‘learning’ and the pursuit of ‘divinity’ (note the value which was placed on knowledge), were called Brahmins, those with weaponry and the ability to fight and protect were Kshathriyas, the traders were Vaishyas, and those who with their numbers and diligence ensured the smooth functioning of society were the Shudras. Much like studying to gain a degree in the chosen subject, caste too, was based on interests and efforts and never the blind chance of birth. The tragic thing is that the caste differentiations have survived over the total annihilation of the genuine Indic caste system. A system denotes a certain format to it. It is unlikely that people will denigrate a person who has studied five years or more to become a doctor as someone who takes ‘unfair advantage’ over someone who has not done a medical education! The same is applicable to action-based caste rather than the adopted concept of birth-based caste.

The body-mind-soul schisms have been ingrained in our human psyche. This makes us easy prey for anyone with ulterior motives, whether they are of our group or that of the other. To blame someone else for our own lack of clear thinking and the resultant affirmative action is to unwittingly hand over our narrative to others. Unless we learn to value the treasures amply available to us, if only we look and care. Unless we stop blaming others for our lack of knowledge in ourselves and in the wisdom of the ancients (wisdom that belongs to each of us, irrespective of religion), we are doomed to chatter on about our certainly glorious past, yet which will sadly remain forever in the past tense rather than find its way through ourselves
into the future.