Reddy for a Double Act? 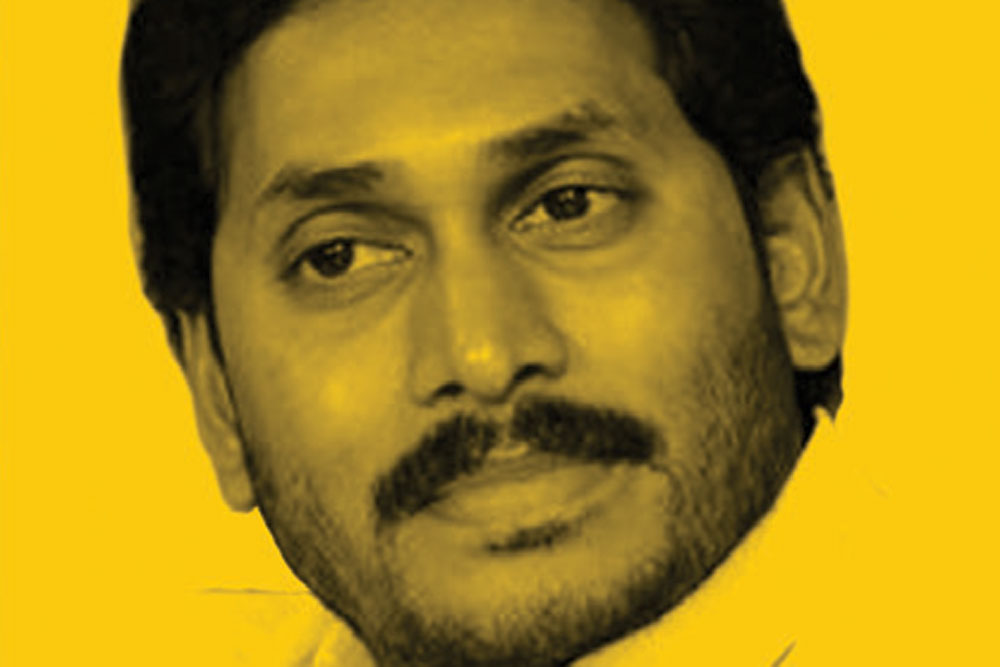 
Bars are haunting big politicians. No, not that sort. But the sort that involves striped pyjamas. Andhra Pradesh Chief Minister YS Jaganmohan Reddy is apprehensive that corruption cases could soon lead to his incarceration. He isn’t new to that state of being, since his entire poll campaign was pegged to the victimisation card. He clicked at the hustings big time, but that was as much about his predecessor N Chandrababu Naidu’s cockiness and poor governance as perceived by the public. What Reddy is now obsessed with is training his wife Bharati Jaganmohan Reddy to take over seamlessly as his proxy, should he be sent back to jail. The decision to go the Lalu Prasad-Rabri Devi way is being followed through with the roping in of a high-profile lady bureaucrat who spent many years in New Delhi and is now back in Andhra. The IAS officer is putting in overtime sharpening Madam Reddy’s political astuteness and bureaucratic skills. The Chief Minister himself is present at these sessions. Reddy is the top accused in the five chargesheets filed by the Enforcement Directorate in a money-laundering case. Moreover, the Central Bureau of Investigation (CBI) has 11 chargesheets in a disproportionate assets (DA) case filed in 2011-2012. In January this year, the special court had struck down Reddy’s plea that he be excused from appearing in person before it in the money-laundering case. Earlier, the same court had also struck down another petition from Reddy to be exempted from personal appearance in the DA case. The setbacks in court have kept Reddy on the edge.

Reddy’s style of functioning seems to have shown that a landslide electoral victory is by no means synonymous with good governance. He has been accused of squandering the goodwill showered on him by the public in the elections. In six months, the son of the charismatic YSR (YS Rajasekhara Reddy) has managed to fall abysmally in people’s esteem, despite winning 152 of 175 Assembly seats and 22 of 25 Lok Sabha seats, as well as sending key rival Naidu’s party to the cleaners. His single-minded focus has been on revenge on Naidu and his cohorts at a time when the now smaller, post-bifurcation, Andhra speedily needs investment and development. Reddy’s brashness led, among other things, to abruptly winding up all work on Amravati, the new state capital in lieu of Hyderabad. The signals that went out to foreign investors were negative. Now, a desperate Reddy is busy trying to keep the Narendra Modi Government at the Centre happy by backing legislation introduced by it in both Rajya Sabha and Lok Sabha.

Some senior Congress leaders may be revisiting the difference between a cup half full and one half empty—the hard way. Or, a smile emoji and a sulk emoji. They are sceptical about the party tailoring an anti-Government campaign based on the script prepared by a few failed journalists in the capital. A senior Congress leader had this to say about one of the leading lights of this group: “His problem is that when he has to comment on something important, he lacks the domain knowledge for it.” That smacks of another scribe of the same ilk. Years ago, during the stint of the United Front, then Finance Secretary Montek Singh Ahluwalia had sought to brief this journalist on the Indian currency’s strength. Ahluwalia, the story goes, had drawn a curve graph on his pad to describe how the rupee had appreciated over time and not depreciated, as daily media headlines suggested. Job well done, he had probably thought. But currency markets went into a tailspin the next morning. A flustered Ahluwalia was then hauled over the coals. The mystery was finally solved by Jairam Ramesh who was then OSD to the finance minister. The journalist had read Ahluwalia’s graph upside down. He had reportedly seen the graph, literally, from his side of the table—and perspective—and had promptly concluded that the finance ministry was implying that the rupee would depreciate. Little wonder, Congress leaders are now wary of seeking the same group’s support to build a campaign against Modi and burning their fingers. 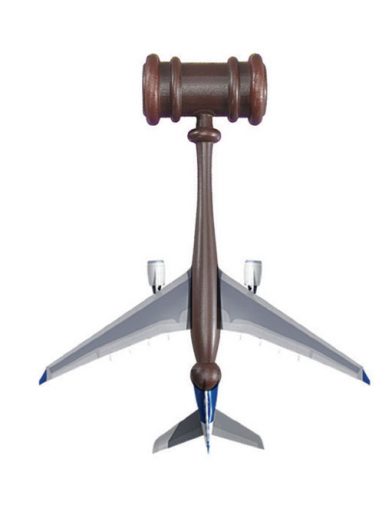 Covid-19 has not deterred some motivated members of the judiciary from earning frequent-flyer miles. Foremost among them is a former Supreme Court judge from Andhra Pradesh, a close associate of the charismatic late Chief Minister NT Rama Rao, who has made many trips from Hyderabad to New Delhi with the sole objective of dissing the claims of NV Ramana to the chair of Chief Justice of India (CJI) after the incumbent retires. The former apex court judge spearheading the campaign against Justice Ramana is known to have had several run-ins with the CJI-to-be in court. He is now hoping that the Congress’ legal stalwarts—who had supported the campaign against former CJI Dipak Misra—will come to his aid. Thus far, he has failed to extract any formal support for his project. That could put an abrupt end to the flights, both of his imagination and in reality.

Prashant Kishor’s success at clinching lucrative contracts from regional parties has prompted several other young political entrepreneurs to try their hand at it. The latest is Saurabh Pandey. Son of a former Congress MLC, Pandey has become Lok Janshakti Party (LJP) leader Chirag Paswan’s ‘handler’. It is reportedly Pandey who egged on the young dynast to snap ties with the Janata Dal (United), even though Chirag’s father Ram Vilas Paswan, who died in a Delhi hospital on October 8th while recuperating from heart surgery, had left the decision entirely to his son. Chirag, still untested on the ground, is now mouthing words crafted by Pandey. Pandey does have an axe to grind where Nitish Kumar is concerned. The Bihar Chief Minister had, a few months ago, refused Chirag’s request for a Rajya Sabha berth for Pandey from the state. Pandey is now helping Chirag gift-wrap this sulk in development terms for the upcoming polls. The LJP’s performance will decide the trajectory of Pandey’s career too.

What the Left Likes Not 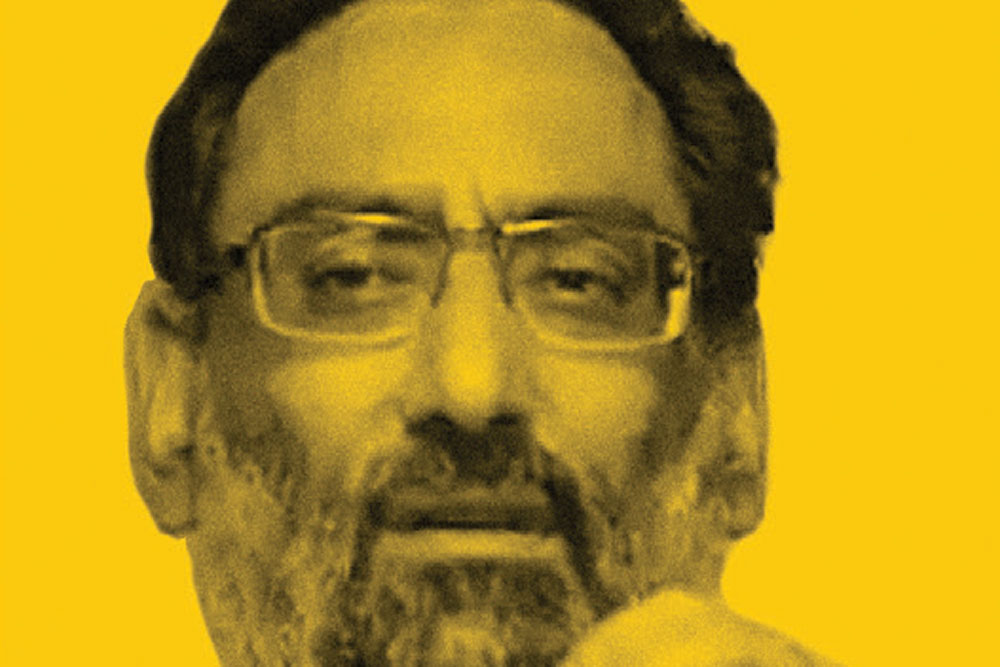 Guess who’s giving Haseeb Drabu, the former finance minister of Jammu and Kashmir, the cold shoulder these days? TM Thomas Isaac, finance minister of Kerala, with whom Drabu, not too long ago, shared a crackling bonhomie. Or so it seemed. Drabu, sacked from his post by then Chief Minister Mehbooba Mufti in March 2018 for maintaining that Kashmir’s was not a political problem but a social one, shared a common Kerala connection with Isaac. He studied at the southern state’s Centre for Development Studies (CDS) and was a regular presence at several of the institute’s key brainstorming meetings.

Drabu is now persona non grata for the commissars controlling the key institutions and think-tanks in Kerala. He was a regular at all the dos at such institutes, frequented mostly by people whose economic and political views appear to have ceased to matter over the last several decades. Drabu’s views on issues were fresh and thought-provoking. His unstated ostracism peaked after a webinar—attended by fellow travellers in the media and communist-controlled bodies—in which a vehement attack was launched on the supposed weakening of federalism by the Modi Government. Drabu refused to buy the sales pitch and toe the line. The result: the institute withdrew its invite to Drabu to deliver this year’s KN Raj Memorial Lecture. Ironically, this could be a blessing in disguise for Drabu. Isaac, an economist himself, is after all the man who has run the Kerala exchequer dry over the last four years with his policies.

Bottled Up in Bihar