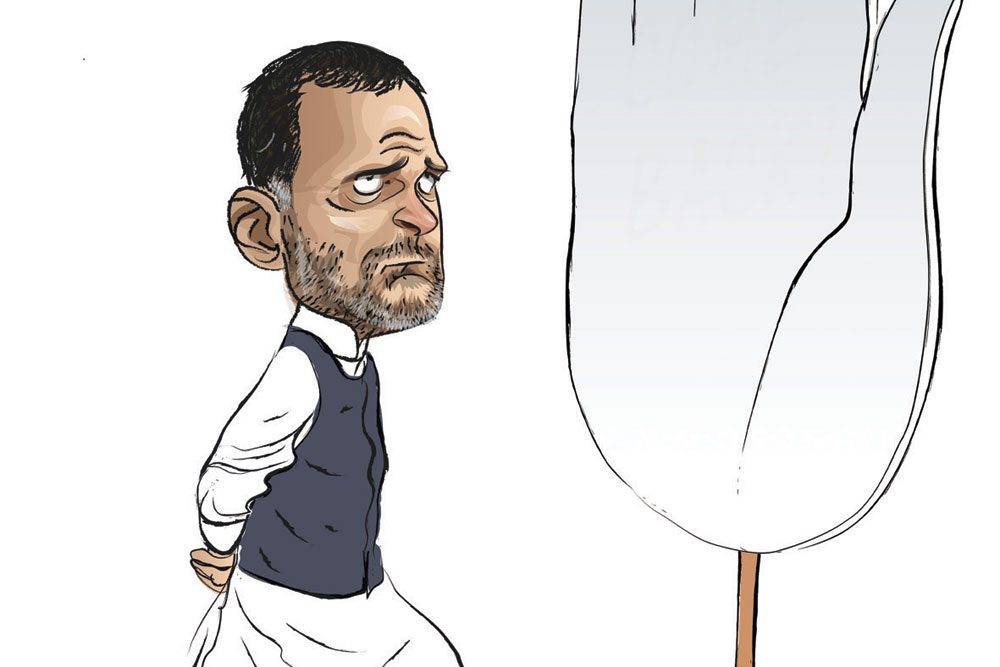 
After the Delhi Assembly election results, there is a buzz in the Congress circuit that Rahul Gandhi will return to formally lead the party again. There is a timetable of sorts. The first step may be that after summer he will start a nationwide tour to reach out to people. By the end of the year, or maybe by January 2021, he will take over the party president’s post. Recently, at a lunch hosted by Sachin Pilot, several Congress leaders were heard saying that they were asking him to come back because without the Gandhi family, the party cannot revive.

Union Minister Ravi Shankar Prasad seems to be popular in Kerala considering how frequently he has been visiting the state. He has been getting invitations from several NGOs and universities and not just from the BJP’s state unit. Congress leader AK Antony recently met him at an event there and joked with him to come more often because he seems to be in demand in Kerala. The Minister jocularly responded that maybe it is his complexion that makes Keralites think of him as their own, or the name Prasad. Antony’s theory was different. He thinks it must be the good English Prasad speaks even though he is from the Hindi heartland!

Tajinder Pal Singh Bagga, who stood on a BJP ticket from the Hari Nagar constituency during the Delhi election, had made the unprecedented move of going to the Aam Aadmi Party (AAP) office and requesting
all party workers there to vote for him. It didn’t help him though. While initial reports seemed to suggest that he had a lead, Bagga eventually lost to the AAP’s Raj Kumari Dhillon by over 10,000 votes.

Goel not only immediately extended an invitation but told Sibal that he would ensure that non-vegetarian food is served even though he himself is a vegetarian. 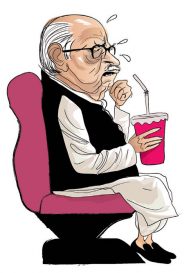 Recently, Vidhu Vinod Chopra organised a premiere of his new movie, Shikara, and one of the invitees was Bharatiya Janata Party leader LK Advani, who came with his daughter Pratibha. Chopra has a longstanding personal relationship with the Advani family. He has done a Kashmir-themed movie earlier and had shown it to Advani when he was Deputy Prime Minister. This time, when Advani was watching the movie, he started crying seeing the lamentable situation of Kashmiri Pandits on whose forced exile the movie was based.

Union minister and BJP leader Anurag Thakur is in a spot with several senior party leaders saying that the statement he made during a public speech, “Desh ke gaddaron ko”, with the crowd replying “Goli maro salon ko”, was in bad taste and that it even damaged the Prime Minister’s image. Some want action to be taken against Thakur. Modi is said to be upset also with the language of another minister, Giriraj Kishore. Thakur and Kishore should look at Yogi Adityanath, who talks aggressively about Hindutva but is very careful about not using unparliamentary language.

After the Delhi election, the big question is whether the Government will change its attitude towards the agitation at Shaheen Bagh. Rumours say the Modi Government may be ready to talk if the demonstrators appeal for a dialogue. In any case, the Government is not expected to allow the arterial road to remain closed by the protest.

US President Donald Trump is coming to India on February 24th and that has added to Minister of External Affairs S Jaishankar’s difficulties. Trump is very keen on a trade pact likely to be announced during the visit and is stepping up the pressure. That means he wants less tariff on import of American products, especially medical equipment. Trump has to stand for election soon and American multinationals are lobbying hard with him for the pact. Meanwhile, there is the swadeshi wing of BJP and the RSS that thinks Indian products should not be penalised by lowering import tariffs. Before Trump’s visit, Modi has to offer a formula to resolve the impasse. Otherwise, Trump might cancel the trip at the last minute. The Prime Minister’s Office is handling the issue with care.

Now that the Delhi election is over, politicians are leaving the bitterness behind. At Chandni Chowk, BJP leader Vijay Goel has an old family haveli converted into a heritage hotel that his daughter looks after. Recently, Congress leader Kapil Sibal met Goel and said he had heard about the property but had never been invited there. Sibal had won Lok Sabha elections from Chandni Chowk for two terms in the past.

When the Teesta water-sharing issue was being discussed, Bangladesh Prime Minister Sheikh Hasina and Narendra Modi had shared a good rapport while West Bengal Chief Minister Mamata Banerjee had her reservations. But with the Citizenship Amendment Act, perceived to be against Bangladesh, the tables have turned. The relationship between Hasina and Modi have soured while Mamata finds herself on the good side of the Bangladesh Prime Minister. That might be a reason why Hasina is allowing the supply of hilsa fish from the Padma river to West Bengal in large quantities. Nowadays, the Kolkata market is flooded with Bangladeshi hilsa.