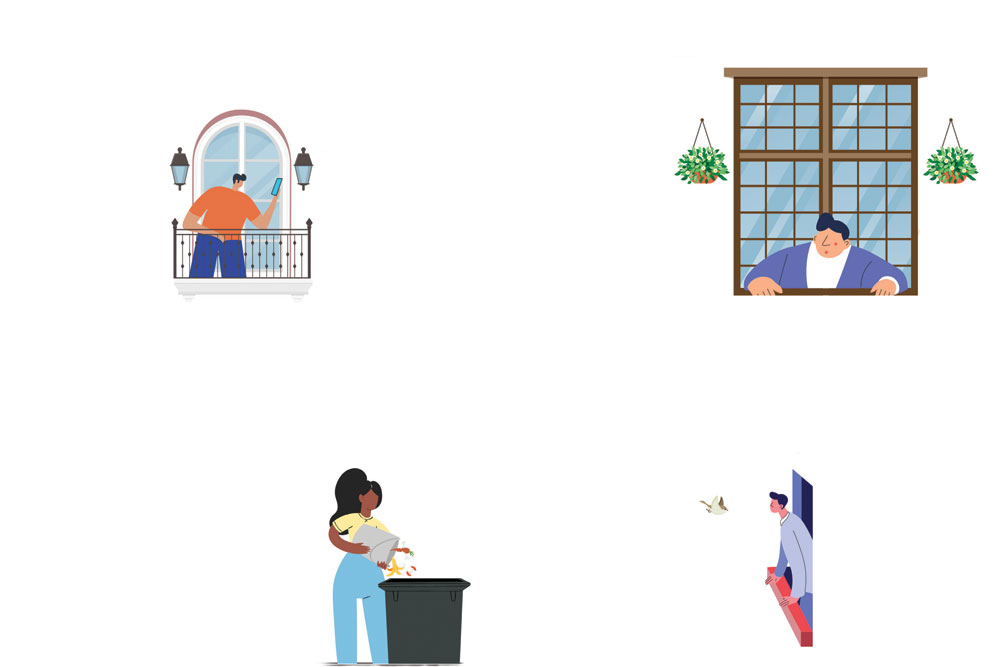 XX has added you, read the Whatsapp message. A group had just been formed for the first time of residents in our housing society. That it wasn’t by the managing committee became apparent when a message soon arrived that the secretary had also been added. One man left, because there is always one man who has a thing against Whatsapp groups. One joke was forwarded. Then came the complaint. ‘Water in one wing is over’. ‘Here too no water’. ‘It is becoming a frequent occurrence’. ‘The workers (who are retiling the premises) must be taking it’. ‘It is escalating’ ‘Can we stop the work until corona lockdown?’ (Secretary: ‘Work has been stopped. And when it begins again, water will be used from outside’). *Palms in obeisance emoji*. ‘Since we have been asked to maintain three dustbins, can the man who takes the garbage use two drums?’
—Madhavankutty Pillai

As spring gives way to summer, the whirr of the fan is a constant companion punctuated by beeping mobiles, the pinging of WhatsApp messages and familial and comforting voices. Working from home is a feast for the ears. The doorbells have become infrequent. That means no garbage disposal, no newspapers, no couriers—and no going out. I was rudely awakened by the hooting siren of an ambulance at high noon on March 22nd. Only the next day did I learn that a neighbour who had come in from the UK recently tested positive for coronavirus and had to be ferried along with his family to a Government-approved quarantine facility. We’re all holed in, fearing infection from any surface the neighbour or his family may have touched. The sound of the siren is still echoing within. We’re all ears.
—Moinak Mitra

The Prime Minister had asked for the clapping of hands (in applause) at 5pm on Sunday, March 22nd. He didn’t call for a carnival. But at five minutes to the determined hour, the world exploded in noise. Drums, bells, kitchen utensils, car horns, the hooter (that announces Delhi Jal Board’s evening water supply), whistles and conch shells. I realised soon enough this wasn’t my residential society alone. Applauding heroes in the battle against Covid-19 had been interpreted as a celebration. And maybe some thought they could chase away the virus, perhaps even kill it like a mosquito, by slapping their palms together. Maybe they thought the coronavirus’ run ends when it encounters cosmic cacophony? Looking out the window, I had the same premonition that others have had—even if the State appears to understand, the people still hadn’t got it. Whither social distancing if you mingle
and jingle?
—Sudeep Paul

A Moment of Dignity

When I told N to not come from the next day her face was a mass of confusion. Yes, she knew about the virus. Yes, she knew it was very potent but what did that have to do with her coming in everyday to clean my home? More importantly, I will pay her but what about the other homes she goes to? Rent, ration, school fees. All of this tumbled out in the span of ten seconds even as I spoke to other home owners where she goes. Every household paid N her monthly salary two weeks in advance with nearly everyone asking her to call them if she needed more. I wish I could say that few amongst us take our home help for granted or treat them like professionals but if we like to think of ourselves, the white collar workers, as the driving force of the Indian economy, then it is these silent worker bees who are our backbone. They make it possible for us to go out in our clean cars without worrying about unmade beds, dusty corners, unclean utensils and overflowing garbage bins. To treat them with more compassion and accord them dignity is the one lesson that I hope, we learn from this.
—Nikita Doval

I opened my toilet cabinet the other day to discover a devastating truth. I had run out of acne cream. All that lay instead was a tube, embarrassingly flattened and rolled many times over. A tube of cream is not an essential item, but it can still be found in that one store which can never be shut – the pharmacy. And so for the last few days – braving infection and curfew, the occasional policeman with a suspicious gaze and neighbourhood vigilantes glaring menacingly from grilled windows – I have been stepping out trying to procure for myself a tube of acne-moist. I’ve already foregone workouts and haircuts. Whatever piece of history we are living through, I’d rather do it without my face breaking out in an vulgar display of adolescence. But all I hear in that one kilometre radius of pharmacy stores I visit is that the supply chains are disrupted and there’s no cream to be had. “Can’t you put in a special request? It’s urgent,” I say once. The faces of at least ten kerchiefed or masked faces come to inquire about masks and hand-sanitizers turn to me, their eyes dripping with judgement. I’ve still not gotten my cream.
—Lhendup G Bhutia

When the work from home plan kicked in, it seemed like a temporary shutting in the house. It also seemed sensible. With two elders at home I could not take a chance. But within a week, the world seems to have changed drastically. It began slowly. First, the stock of essential items thinned. But a friendly neighbourhood grocer kept the supplies flowing even at risk to himself and his family. Then, the helpers had to be asked to go as it was too risky for everyone. Finally, three days ago, news filtered out that there were four houses that were in self-isolation with members who had come from different countries. Two days ago, lockdown took another meaning: no one could enter the society and even going out became impossible. The local market had shut down and transport had ground to a halt. Now there is more silence than noise. The road is empty except for the occasional ambulance or the police vehicle. The sounds of the birds, once drowned in human and vehicular sounds, is clear.
—Siddharth Singh

How do you overcome a crippling fear of confrontation and tell the neighbours to keep it down? Especially in the midst of a thoughtful communitarian response to a disease outbreak, and when your neighbours are six construction workers from Bihar stranded in the ghastly apartment building they finished putting up just before the Karnataka government pulled the switch. Social distancing, with their four-inch-thin walls and a compound wall separating us, offers little defence against the wave after monotonous wave of Bhojpuri music emanating from a seemingly innocuous Bluetooth speaker. Two young men in lungi-banian smile sheepishly when I walk towards the south wall of my terrace. The music stops. I have interrupted a party, the first of many to come. Epidemics are not kind to migrants, and these men are glad to have a roof over their heads, enough food, and one another—we can’t get paid for work we are not doing, they tell me. Ten minutes later, I find myself Shazaming Khesari Lal Yadav. When the apocalypse is over, the Bhojpuri earworm will remain. And so will Chhapra Mein Chhath Manayenge, automatically added to my Apple Music library, where it will rub shoulders with Ella Fitzgerald’s bebop, saunter past Lalgudi Jayaraman’s thillanas and possibly pip some of the greatest blues guitar solos to the top of the playlist.
—V Shoba 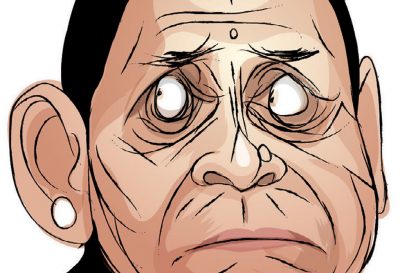 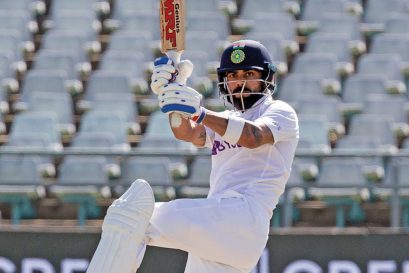 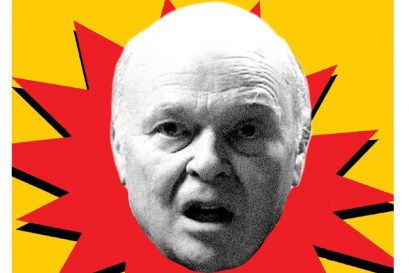 The aesthetics of Indian politics—XII