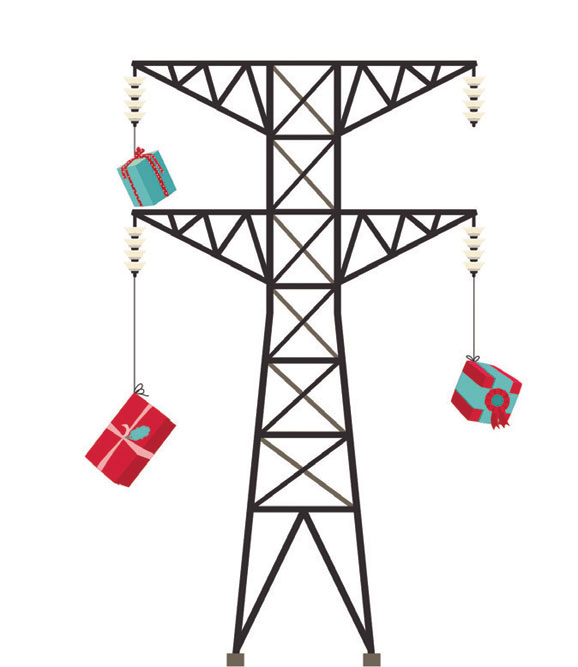 FREE ELECTRICITY FOR poor consumers is now an integral part of the populist landscape in India. On February 10th, the West Bengal government joined the bandwagon by announcing free power for consumers with a quarterly consumption up to 75 units. The announcement was made along with a number of other sops. Addressing the media, Chief Minister Mamata Banerjee said: “Everybody should work together to improve the economic condition. If needed, Prime Minister Narendra Modi should speak to the opposition parties.”

This comes on the heels of the Arvind Kejriwal-led Delhi government’s scheme to give free electricity to households consuming up to 200 units every month. The new Maharashtra government is considering a similar proposal of up to 100 units per month.

On paper, these schemes have a welfare-enhancing air to them. But anyone who knows the economics of power generation and supply knows this to be deeply deceptive. Physically, it is impossible to produce and distribute free power. Someone or some set of consumers have to subsidise the free consumption by higher tariffs. If that becomes politically unpalatable after a certain threshold, the state government has to foot the bill directly through its budgetary resources. Finally, however, the bill is due from taxpayers. By the time the complicated economics of cross-subsidisation is figured, the distribution companies, or discoms, find themselves in the red and have to be bailed out.

In two decades (2000-2020) the Union Government has been forced to undertake three bailout schemes and packages for the power sector just to keep it solvent. In 2002, a Rs 40,000 crore bailout package, which involved issuing of state government bonds for the specific purpose of keeping the power sector financially viable, was undertaken. A decade later, in 2012, another rescue package was launched to ‘revive’ the sector by the Centre. The bill: a tidy Rs 1.9 lakh crore, or nearly four times the cost of the package in 2002.

Soon enough, these discoms were in trouble again and rather quickly at that. In November 2015, the Narendra Modi Government launched the Ujwal Discom Assurance Yojna or UDAY. Under this scheme, discoms are required to convert their debt into state government bonds. This is subject to certain conditions. These power companies had to bring down their average technical and commercial (AT&C) losses to 15 per cent by 2018-2019 and also bring down the gap between the average cost of supply of power and the average revenue realised to zero.

On an India-wide basis, both conditions are yet to be met and are now behind schedule. The financially vital gap between cost of supply and realisation of revenue has actually widened in cases of many states. Unsurprisingly, analysts expect the funding needs of discoms and their debt to balloon up to Rs 2.6 lakh crore by the end of fiscal 2020.

Interestingly, the figures for the two goals listed under UDAY are not available for Delhi and West Bengal.

Clearly, the problem cannot be solved by policies that are designed to handle it when a crisis emerges. The solution lies in educating people that electricity requires money to generate and distribute; that there cannot be free power without a crisis emerging somewhere in government finances. That has never been attempted in any Indian state.

The worst aspect of supplying free power is that once it is launched, it becomes politically very expensive to withdraw. Any politician who tries to end such ruinous schemes faces political oblivion. In Punjab, the pioneer of this sort of populism, it took the defeat of the Shiromani Akali Dal (SAD) to end the ruinous run of free power. Today, Punjab is witnessing a disastrous by-product of free power to the agriculture sector: the water table has gone down drastically and soon there may not be enough water to meet the state’s requirements. In neighbouring Haryana, the erstwhile Om Prakash Chautala government had promised to waive off farmers’ dues during the election campaign in 2000. When in power, the government found it financially difficult to meet the promise. The result: a wave of protests by farmers, police firing, death and injuries and, finally, the ouster of the Chautala government in 2005.

The political economy logic is clear: free power is a double-edged sword. It can help politicians and parties win power and even retain it. But this comes at a great cost and a total loss of political manoeuvrability. Sooner than later, it leads to a financial crisis for the government in question.