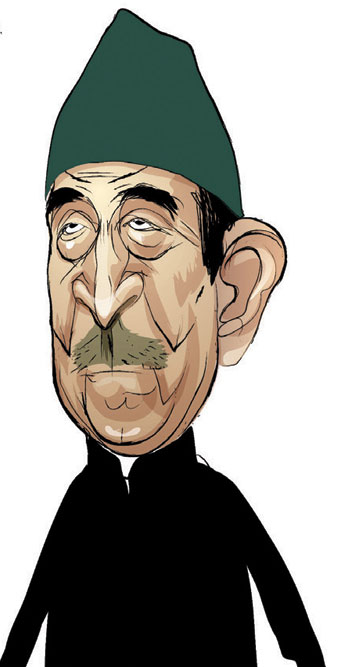 SO WHAT ONE had imagined, finally happened. Ghulam Nabi Azad unshackled himself, but not with the kind of grace I had envisaged. Perhaps not even what the Gandhis may have expected. I have no truck with his decision to resign. Not even with the fact that he did it when he knew he would no longer be in Rajya Sabha. What I do have an issue with is that the very entitlement he castigated was what he enjoyed for half-a-century. Azad was not the kind who ever took a stand: on any issue. His speeches were lacklustre and dull; his ideas pretty dim. For many, he was a family retainer rather than a mass leader. So, for him to suddenly wake up and write a five-page tome on the ills that plagued Congress was a bit rich.

Many believe he has walked across to the other camp: that is actually irrelevant, and perhaps as illogical as Azad’s letter. It is not germane whether he will join the Bharatiya Janata Party (BJP) or start his own party: what is under the microscope is his strength of character or the lack of it. How can you, after being in a party for 50 years, suddenly, overnight find it all wrong on multiple levels? Azad was also part of the G23: if he had to resign, the time would have been in 2020 when no action was taken on the demands of this motley crew, but then, I guess he still had his Rajya Sabha term to finish and it was not an opportune moment. Character is about doing the right thing. Not about doing it at the right time. For someone who now talks about his pains and compulsions, the question that needs to be asked is where were these pains earlier. Wasn’t he the one who also turned a blind eye to the petulant behaviour of Rahul Gandhi when he tore up an ordinance just as India’s Prime Minister (from their own party) Manmohan Singh was walking into the Oval Office? I didn’t hear even a murmur from Azad or all those current moralistic revolutionaries.

The problem with Congress is known to all, both within and outside Congress. What is equally well established is that many of these so-called worthies within the party have been nothing but supplicants: willing to crawl when asked to walk, and one of the reasons is that they owe everything not to the party but to the family, and this is what needs to be comprehended and internalised. All the stupid analysts who hail Azad’s resignation as a bugle of revolt need to think again: he hasn’t resigned from Congress; he has begun a search both for relevance and reward. Relevance so that he stays in the game, and reward so that he can once again inhabit a government bungalow—the moral argument is just a beard to hide the ugly face of opportunism and we need to see it for that!

There will be many more Azads in the days to come. Congress is imploding as it should—it not only has a reluctant leader, but what’s worse is it has an uninspiring leader.

And a mother’s love is too powerful to see any kind of reason. But that is a problem the party needs to address without the surround sound it is also experiencing, and Azad is nothing but surround sound. To make him come across as the keeper of the flame that AO Hume lit is just plain silly. Sometimes, the best course correction happens when you provide solutions, and not a post-mortem. In Azad’s case, it is neither. There is nothing in his letter which people did not know or are shocked by. What they are actually shocked by is the fact that this man took so long to say this, but only after he had exhausted all the perks and privileges that were thrown his way. And because of the tone and manner of his letter, people are now questioning his character rather than discussing the issues he believes he has raised in right earnest.

Of Ghulam Nabi Azad’s decency and civility, there is no doubt. So, when this came from him, it was both surprising and saddening. Grace was sacrificed at the altar of vendetta and revenge. All so unnecessary. To refer to your former leader’s colleagues as security guards doesn’t behove a man like Azad. You can disagree without being disagreeable. He came across as disagreeable. Both Narendra Modi and Amit Shah place a huge premium on loyalty—how will they take to a man who, after 50 years, has replaced gratitude with unbridled vitriol? How will they trust a man who, after being part of the inner circle (by his own admission), has thrown both his erstwhile leaders and colleagues under the bus? In an interview, after his resignation, he even called some of them illiterate.

In William Shakespeare’s Julius Caesar, when Mark Antony asks Brutus as to why he stabbed Caesar, Brutus replies: “It’s not that I loved Caesar less, but loved Rome more”. In Azad’s case, it’s not that he loved Congress (or the Gandhis) less, but loved power more.

Amnesia in politics is easily forgotten. Until it returns. And there’s no irony here.