Debashree Mukherjee, joint secretary in the PMO, is one of those people who inform Modi on issues central to the states 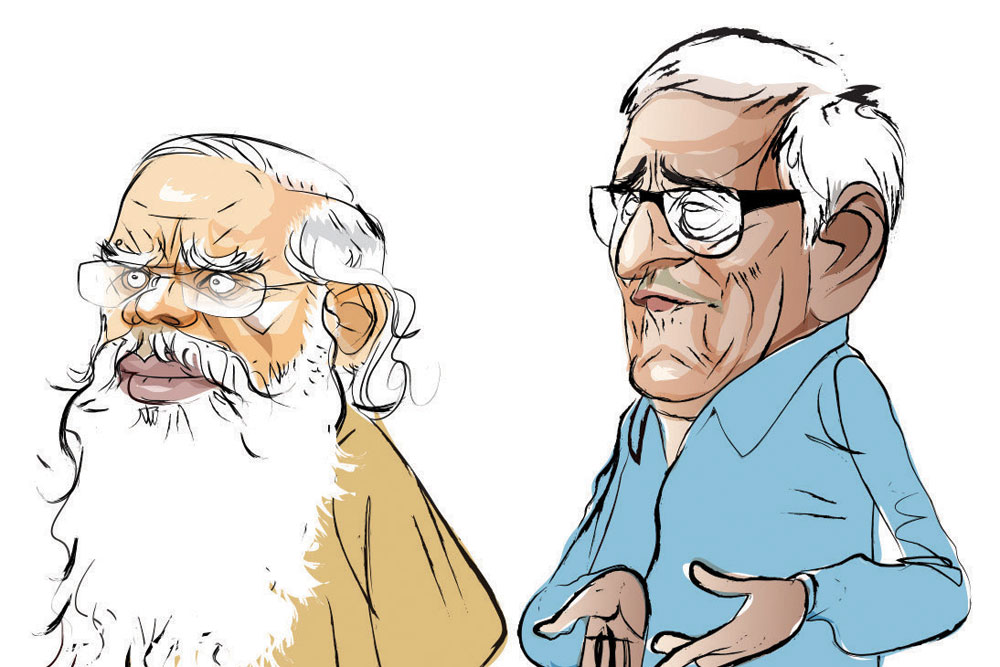 
We know that Prime Minister Narendra Modi does a lot of homework for every election. He likes to get in tune with a state’s culture and ethos while campaigning. But it is not him alone. For West Bengal, which the Bharatiya Janata Party (BJP) thinks is crucial, Modi is taking inputs from several sources. Debashree Mukherjee, joint secretary in the Prime Minister’s Office (PMO), who specialises in water sanitation, urban poverty and environment issues, is one of those people who inform Modi on issues central to the states. There are also economist Bibek Debroy and Rajya Sabha Member of Parliament (MP) and columnist Swapan Dasgupta. Another such person is Bhaskar Khulbe, a retired West Bengal cadre IAS officer who is still advisor to the prime minister. Modi also takes inputs from people in Kolkata, not just the BJP state unit but also industrialists and even monks of the Ramakrishna Mission. While he listens to every opinion, the final call on what to say is, as usual, only Modi’s.

Jharkhand Chief Minister and Jharkhand Mukti Morcha leader Hemant Soren is an ally of Congress in his state, but he is now going to West Bengal to campaign for Congress’ rival Trinamool Congress (TMC). Before the announcement of the election dates, Soren had gone to Tribal areas in West Bengal and professed himself to be against both BJP and TMC. Later, he wanted to contest along with the latter but was not given the requisite number of seats. Soren then said he would campaign against BJP anyway to combat communalism. West Bengal has a significant Tribal population which Soren could influence. Rashtriya Janata Dal leader Tejashwi Yadav is also going to Kolkata to campaign and woo Biharis in West Bengal away from BJP. Shiv Sena, too, is supporting Mamata Banerjee.

Mamata Banerjee is contesting from Nandigram where the battle is heating up. Nandigram is 140 kilometres from Kolkata and Mamata has decided to temporarily shift base there. A two-storied building is functioning as her office and residence. She plans to go to other districts to campaign from there. A helipad has also been built for her. 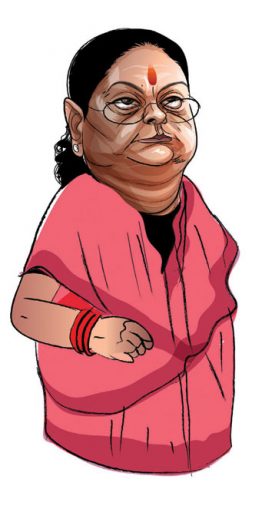 According to highly placed sources, the BJP top brass has taken a serious note of the participation of almost two-and-a-half dozen members of the Legislative Assembly (MLAs), 32 former district presidents and a host of public representatives in former Rajasthan Chief Minister Vasundhara Raje’s religious tour and birthday celebrations. The party’s state leaders had been given an advisory to maintain their distance. Before the tour, Raje assured them that she would not give political speeches, but she gave two in two days. Not just BJP, even RSS leaders are unhappy, and are seeing it as indiscipline. What will the BJP central leadership do now? Will they take action or call a truce?

With Sourav Ganguly declining to campaign in West Bengal for BJP, another former captain of the state’s IPL team Kolkata Knight Riders, Gautam Gambhir, could step up. A BJP MP from Delhi, he has in the past never campaigned beyond his state and Haryana. This could be Gambhir’s first national outreach in politics.

After the Assembly elections, the home ministry under Amit Shah is all set to take over the enemy properties of Pakistan and China in West Bengal. While it is something that will be done across the country, the state will be especially impacted because it has almost 2,735 Pakistani properties and 29 Chinese. A group of ministers (GoM) under Shah has been actively planning on this front.

IAS officer Tarun Bajaj is turning out to be a pointman for the prime minster in the finance ministry. A former additional secretary to Modi, Bajaj became secretary, Department of Economic Affairs, some time back. When revenue secretary AB Pandey retired recently, Bajaj also got that additional charge. In the Prime Minister’s Office, Modi’s Principal Secretary PK Mishra oversees the finance ministry and Bajaj is said to be his man. Finance Minister Nirmala Sitharaman also has a good working relationship with Bajaj.

In Tamil Nadu, Congress had to ultimately surrender to Dravida Munnetra Kazhagam (DMK) and settle for 25 seats. The party was demanding 48. But DMK leader MK Stalin said he has had to share a lot of seats with a number of allies and couldn’t give more. Congress insiders blame the fallout on Rahul Gandhi. Senior party leaders Ghulam Nabi Azad, Oommen Chandy and P Chidambaram were in talks with Stalin when Rahul changed the team with new and young leaders. When Stalin was only willing to give 24, Sonia Gandhi intervened and he gave one more reportedly as a courtesy to her.

One wonders when and if Himanta Biswa Sarma will finally get the crown of Assam. When he left Congress and joined BJP, his expectation was he could be the chief minister. BJP got a large majority and the party chose its own longstanding leader Sarbananda Sonowal for the post. Sarma was reportedly upset and his reasoning was even Sonowal was not originally from BJP. Before the Assam election, Sarma told the party that he was not keen on contesting. At the time, it was speculated that he might be joining the Union Cabinet or getting a Rajya Sabha seat. But BJP has gone ahead and announced that he will be contesting. The party anticipates that if there is a fractured mandate, Sarma’s skill at reaching out to opposition MLAs will be useful. It might even propel him to the chief minister’s chair. 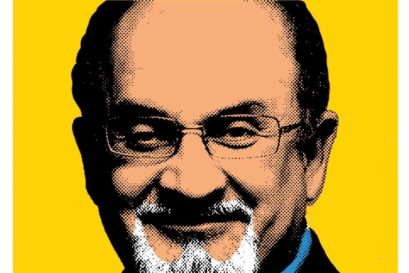 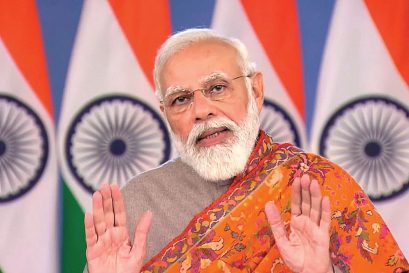 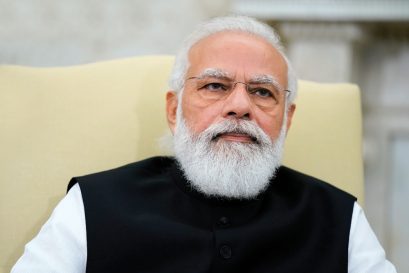