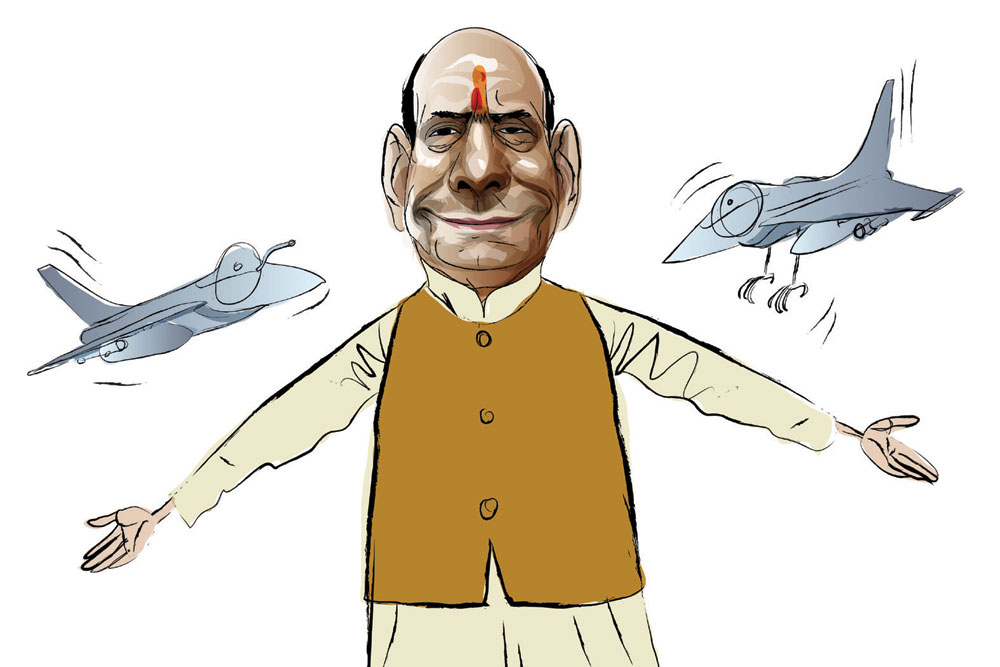 
Prior to India receiving five Rafale fighter aircraft from France at Ambala airbase on July 29th, there was talk whether Defence Minister Rajnath Singh would be present at the airbase to receive the planes. After all, last October, Singh received the first of the Rafale fighter jets at the Merignac airbase near the city of Bordeaux in France and even performed shastra puja (weapon worship) on site. However, this time round, Prime Minister Narendra Modi is learnt to have advised Singh not to go to Ambala as he doesn’t want any warmongering at a time when a pandemic is ravaging the world. Rather, Modi advised Singh to attend a function to mark the final delivery of Rafale jets at Merignac in mid-August.

Delhi has seen a remarkable turnaround in Covid-19 cases and the credit, according to the BJP, goes to Home Minister Amit Shah. When Delhi Chief Minister Arvind Kejriwal met Shah and sought his help, the latter promptly took charge and went to the hospital with the maximum number of cases. Under his instructions, the home secretary also became active and ensured doctors, Delhi Police and the health department worked on a war footing. Those close to Shah are already saying that if the state government is not in a confrontational mode, results can be achieved.

Punjab Chief Minister Amarinder Singh has informed Prime Minister Modi that owing to the non-availability of drugs during the lockdown, a few border districts of Punjab are now de-addicted zones. In Tarn Taran district’s Havelian, Gurdaspur district’s Naushera and Moga district’s Dhalewala villages, people used to import drugs easily from Pakistan. Not any more. The youth here now want to join the army. The Prime Minister is learnt to be happy and ready to provide help for the youth in these areas.

In Maharashtra, Chief Minister Uddhav Thackeray’s main headache is the pandemic. But politically, Nationalist Congress Party (NCP) leaders Sharad and Ajit Pawar are keeping him on his toes. Recently, Thackeray visited Baramati with Ajit Pawar. A few days ago, on the Chief Minister’s birthday, Ajit Pawar, also the state’s Deputy Chief Minister, tweeted a photo in which he is driving a car with Thackeray in the backseat. Soon enough, there was speculation about who was in the driver’s seat in the state. Now, Thackeray is worried if the Pawars will again side with the BJP and try to keep the Shiv Sena at bay. No wonder, he is keeping good equations with the Prime Minister, particularly on the Ayodhya issue.

Recently, Bharatiya Janata Party (BJP) leader Mukul Roy was in Delhi but did not attend the meeting at West Bengal party president Dilip Ghosh’s house. It is learnt that BJP president JP Nadda advised Ghosh and a few state leaders in Delhi to hold a three-day meeting where Roy—along with state general secretary (organisation) Subrata Chatterjee, national joint secretary (organisation) Shivprakash and BJP in-charge for West Bengal Kailash Vijayvargiya—was invited. Though Chatterjee and Shivprakash were spotted at the meet, Roy and Vijayvargiya were conspicuous by their absence. Roy returned to Kolkata on the very first day of the meet and informed the party that he had an eye operation, although the grapevine suggests that he actually received a notice from the Enforcement Directorate. Besides, Roy has often complained in the past how the state BJP was ignoring him. All this has led to rumours that Roy might return to the Trinamool Congress which he quit in 2017 to join the BJP. For his part, Roy is firm that he is going nowhere and has even addressed a press conference to that effect.

Too Many or Too Few?

The Karnataka government has three Deputy Chief Ministers, one of whom, Laxman Savadi, has become hyperactive. Both Savadi and Chief Minister BS Yediyurappa are Lingayat leaders. Recently, Savadi was in Delhi to meet the governor and his prolonged meeting created a lot of gossip in the BJP camp that he wants to take over the mantle from Yediyurappa. After all, Savadi is a powerful minister in command of several party MLAs. It is learnt that Yediyurappa and the other deputy chief ministers, ST leader Govind Karjol and Vokalika leader CN Ashwath Narayan, are unhappy with Savadi’s new moves. Yediyurappa is said to be in favour of abolishing the deputy chief minister’s post altogether. However, there is a counterproposal to have five deputy chief ministers so that none is too powerful. 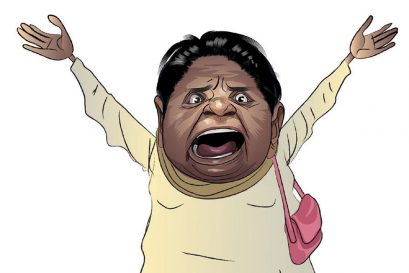 The Uttar Pradesh Assembly elections may be two years away but Bahujan Samaj Party (BSP) chief Mayawati has singled out Congress leader Priyanka Gandhi Vadra as the object of her wrath. She seems to be miffed with the Congress as a whole, particularly after her six MLAs “unconstitutionally” merged with Ashok Gehlot’s government in Rajasthan, and is now going to court on the issue. But the counterargument by the Congress is that in Goa, Arunachal Pradesh, Manipur and Meghalaya, the BJP did similar horse-trading and broke the ruling Congress in these states.

Through the House Committee of Parliament, the BJP allotted Priyanka Gandhi Vadra’s bungalow to the party’s media head Anil Baluni. After getting Rajya Sabha membership, Baluni got a bungalow on Gurudwara Rakabganj Road but suddenly became ill. He underwent treatment in a Mumbai hospital and is now doing fine. In the BJP and the Government, everyone seems to like Baluni’s low-profile, understated behavior and many suggested him to change the house in which he took ill. Both Prime Minister Modi and Home Minister Amit Shah seem to support this view. So, before being allotted Gandhi’s bungalow, the party even did a vastu for him on the property.