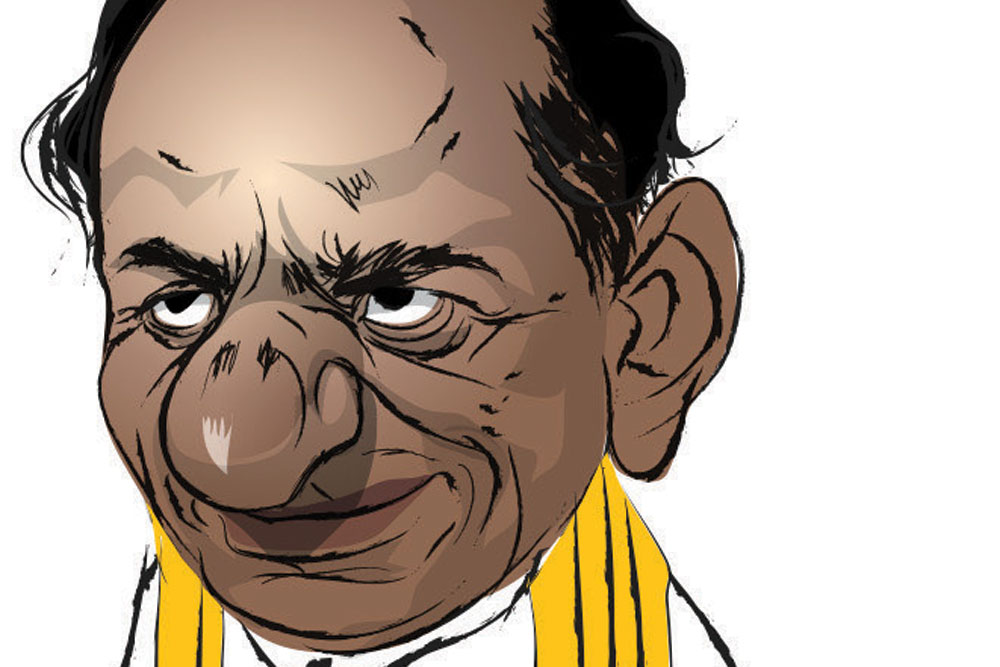 
TELANGANA CHIEF MINISTER K Chandrashekar Rao has had a very amicable relationship with Prime Minister Narendra Modi, but he has recently become very proactive against the Bharatiya Janata Party (BJP). It might have something to do with BJP becoming very aggressive as an opposition party. Rao is also showing an interest in national politics. He is said to have invited and met Rashtriya Janata Dal (RJD) leader Tejashwi Yadav recently. He is also in touch with Samajwadi Party (SP) chief Akhilesh Yadav. Is he making a bid to be the consensus opposition candidate for the presidential election in April?

IN HIS BUDGET session speech, Prime Minister Modi spoke strongly in favour of business and seems to be consciously projecting himself as pro-industry. In the Central Hall of Parliament, a Congress MP was overheard asking a BJP MP whether the prime minister gave an angry reply to Rahul Gandhi in the speech because the latter attacked business people. The BJP MP retorted that Modi was not shy to encourage growth of industries.

THERE SEEMS TO be a new strategy in Congress by which Rahul Gandhi will concentrate on south India and Priyanka Gandhi on north India for the 2024 General Election. The Karnataka election before that is also important and the party hopes to come to power there. Congress thinks south India being non-Hindi-speaking, Rahul’s English will be more acceptable while Priyanka is comfortable with Hindi which will help in the north.

BJP’s Karnataka government has been reeling under a number of controversies, from corruption in medical kits to unsavoury video clips of its ministers. Recently, the party headquarters summoned Chief Minister Basavaraj Bommai to Delhi where he met Union Minister Prahlad Joshi to resolve misunderstandings. He also met his BJP MPs from his state. There is speculation about a change of chief minister. The party’s old warhorse BS Yediyurappa refuses to fade into the sunset and remains active hoping for another shot at the chief minister’s chair.

AS GENERAL SECRETARY of Congress in charge of Uttar Pradesh (UP), Priyanka Gandhi is going to every corner of the state. But despite the effort she is putting in, some in Congress feel they might get even fewer than the nine seats in the last election. Congress’ main agenda is therefore to just campaign against BJP and hope for a possible post-poll alliance with SP. Several Congress Muslim leaders are said to be actually working for SP in their constituencies.

THE DERA SACHA Sauda, headed by Gurmeet Ram Rahim Singh, who has been imprisoned after convictions for rape and murder, is a very important factor in the Punjab election. Singh has been released from jail for a three-week furlough. He is said to have sent a message to the BJP top brass that he has sizeable influence in 27 seats and could assist them. But will BJP accept the offer? Last time, they got only 9 per cent of the votes, but were also allied with the Shiromani Akali Dal (SAD). They want to increase their vote bank and make it 15 per cent at least. 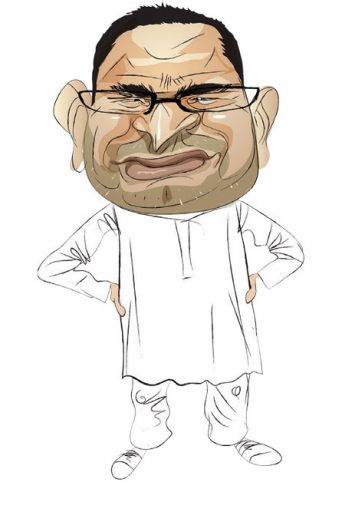 There are rumours that the bonhomie between Mamata Banerjee and political strategist Prashant Kishor is over. It is said Kishor wanted to be the working president of the party, which she did not accept. News of this break has made other opposition parties and BJP happy. They are all trying to confirm it. But Trinamool and Kishor’s organisation I-PAC have an agreement to collaborate till the next Assembly election, and that is continuing. Right now, Mamata will speak publicly for the party, and Kishor will remain the poll strategist and advisor.

WHEN WEST BENGAL Chief Minister Mamata Banerjee publicly snubbed her MP Mahua Moitra over playing politics within the party, a section of the Congress leadership got excited. One senior leader even contacted and asked her to join them. Congress thought it could be a befitting reply for their party leader Sushmita Deb joining TMC. But Moitra immediately declined.

IN BIHAR, RELATIONS between the ruling allied Janata Dal (United) and BJP are getting worse. There are open conflicts in Parliament, too, between members of the two parties. A BJP minister and MP criticised the Bihar government over roads. A JD(U) MP objected saying the facts were wrong. Another BJP and JD(U) confrontation again rose over a water-supply scheme.