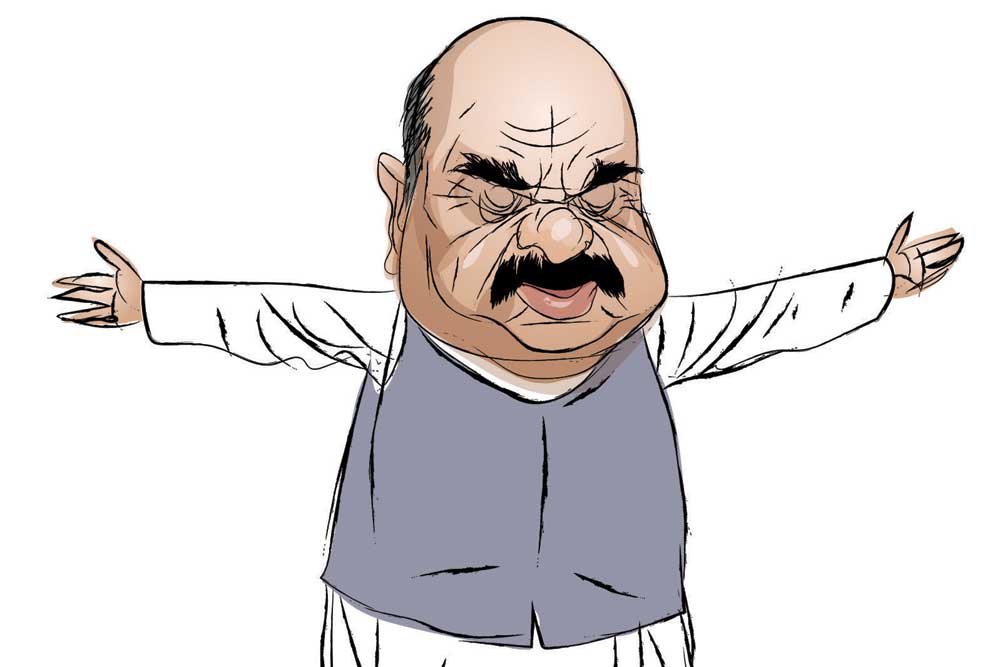 
New Karnataka Chief Minister Basavaraj Bommai hails from the Lingayat community and his name for the top job was endorsed by both former Chief Minister BS Yediyurappa and the Bharatiya Janata Party’s (BJP’s) central leadership. Yet, there is unease as Yediyurappa refuses to give up the trappings of power. He has just announced district tours much in advance of the 2023 state Assembly election. Maybe, he has taken a cue from his astrologers who, we learn, foretell his second innings as chief minister. Yediyurappa is also busy creating a rift within the BJP leadership as he recently maintained that those Members of Legislative Assembly in the state who had signed up with BJP two years ago from Congress could now return to the latter. The leadership is clearly miffed as nobody wants a byelection at this juncture. Bommai, though, is giving due respect to the septuagenarian who retains a big bungalow, a convoy of cars and security cover.

Congress leader Rahul Gandhi has started a nationwide agitation against inflation, unemployment and the Government’s handling of the pandemic. Though Congress wanted the participation of other parties, it had to go it alone as others refused to collaborate. The isolation of Congress is indeed visible, with calls for Rahul’s need to talk to all leaders, and not taking them for granted, growing louder.

There is speculation that former Punjab Chief Minister Amarinder Singh may launch a new regional party or even join Arvind Kejriwal’s AAP. He’s also learnt to be in touch with BJP. An emissary of Union Home Minister Amit Shah seems to be the link. BJP does not have much strength in Punjab. The oldest National Democratic Alliance (NDA) constituent, Shiromani Akali Dal (SAD), is in alliance with Mayawati’s Bahujan Samaj Party (BSP) for next year’s Punjab polls. So, if Singh forms a new party in alliance with BJP, it bodes well for the latter. For BJP Punjab may not be a priority, but a split in Congress can provide good campaign material for the upcoming UP election.

Delhi Chief Minister Arvind Kejriwal’s Aam Aadmi Party (AAP) is putting up candidates for next year’s Assembly elections across Uttarakhand, Goa and Punjab. And the content of his campaign stands out with the promise of creating one lakh jobs and providing Rs 5,000 every month to every unemployed person in Uttarakhand. In both Uttarakhand and Punjab, AAP has even promised 300 units of free electricity if voted to power. It delivered on a similar promise in Delhi and is following the same populist template in other election-bound states.

Congress leader Ghulam Nabi Azad attended Rahul Gandhi’s do in Jammu thinking he could perhaps bag a Rajya Sabha nomination from the party. Even Tamil Nadu Chief Minister MK Stalin was ready to give a seat to Congress if the latter nominated a Muslim leader. But Rahul did not nominate Azad. The buzz is that Priyanka Gandhi convinced Rahul otherwise. Besides, Rahul is not particularly pleased with Azad for inviting a teary-eyed farewell speech by none other than Prime Minister Narendra Modi in Rajya Sabha. Also, Azad’s association with the dissident G-23 group went against him.

Before Prime Minister Narendra Modi and US President Joe Biden were to meet in the White House, a lot of midnight oil had been burnt by officials of the Ministry of External Affairs to fix the agenda. The resurgence of the Taliban in neighbouring Afghanistan, for sure, made the cut. Politics apart, there was speculation about what Modi would gift the US president. After all, he had once gifted Mahatma Gandhi’s Bhagavad Gita to Barack Obama. It was eventually left to the prime minister who had decided to gift the president something related to Indian culture that symbolised world peace. 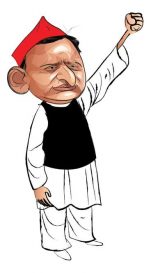 BJP is known for setting ambitious political targets. This time, rival Samajwadi Party’s Akhilesh Yadav seems to have taken a leaf from BJP’s playbook. At a recent meeting in Lucknow, Yadav said his party will grab 400 of the 403 Assembly seats in the upcoming UP election. When the media probed further, Yadav said he was dead serious. He is reaching out to different districts, and this time, he is not holding any cycle rallies.

The new BJP West Bengal president, Sukanta Majumdar, 41, is highly qualified and tipped the scale in his favour by impressing Prime Minister Modi with his educational qualifications and age. Majumdar, the Balurghat Member of Parliament, is a senior professor of botany at the University of Gour Banga in Malda and has a PhD from the University of North Bengal. He has submitted at least 40 research papers on botany at universities across the world.

In the upcoming Uttar Pradesh (UP) election, BJP seems keen on the Jat votes in the western part of the state. While the late Jat leader Ajit Singh’s son Jayant is hobnobbing with Samajwadi Party’s Akhilesh Yadav, BJP is showering largesse on Jats. In Aligarh, for instance, the party has announced a new university in the name of Jat hero Raja Mahendra Pratap Singh.

The Dye is Caste

In Punjab, Congress has replaced a Jat Sikh chief minister (Amarinder Singh) with a Dalit Sikh (Charanjit Singh Channi) and is now drumming it up to effect. After all, Dalit chief ministers are few and far between in a country where 16.6 per cent (2011 Census) of the population identify themselves as Dalits. With the Punjab move, Congress wants to position itself as a friend of the least privileged.