Which ministry do you think would earn the moniker of the ministry of vaccines? 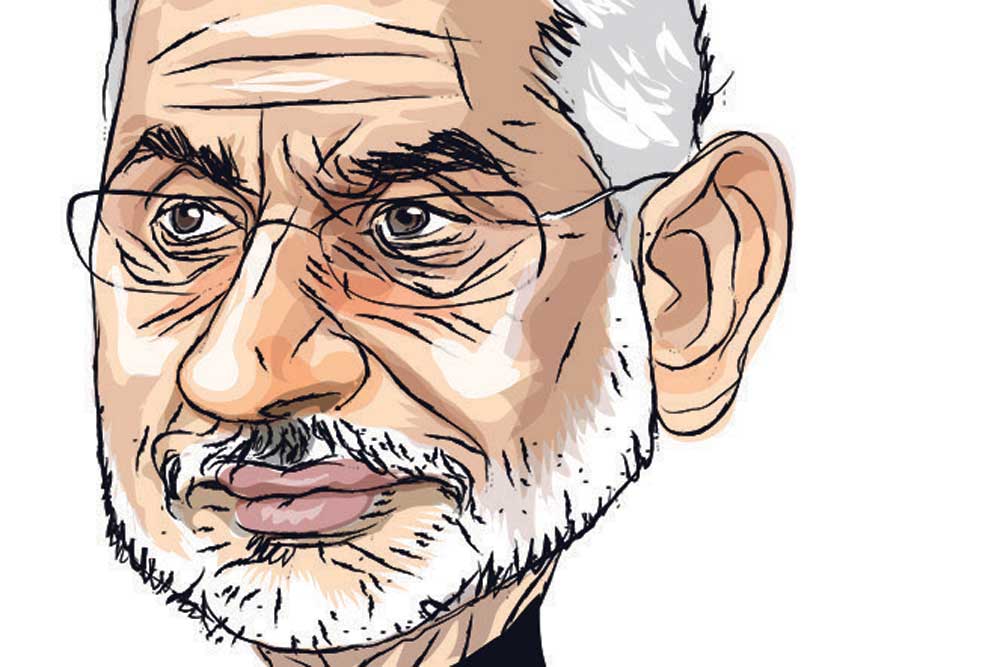 
At a time when India desperately tries to ramp-up vaccine availability, which ministry do you think would earn the moniker of the ministry of vaccines? If you thought it would be the health ministry, then you’ve got it wrong. According to whispers in South Block, it is the external affairs ministry, with its minister S Jaishankar in the thick of negotiations with vaccine companies abroad, that has come to earn this tag. The Biden administration may have supported waiving off intellectual property rights over vaccines but vaccine production is a complicated business. You don’t need just IP rights waived off, you need the elements and the technology that go into manufacturing them. And Jaishankar finds himself pursuing the US to tweak their policies to facilitate this.

When two members of S Jaishankar’s delegation to the G7 Summit tested positive on arrival in London, it led to a lot of criticism about the perceived irresponsibility of the delegation in not getting themselves tested before boarding their flight. As it turns out, every member had been tested, with the reports being negative. According to sources, the testing kits used in London tend to be especially sensitive, and often pick up traces of inactive virus among those who have recovered from the infection and cannot possibly spread it to others. A dispute is believed to have broken out between the Indian and UK governments over the incident, with the British later apologising.

Jyotiraditya Scindia, as many would have noticed, has taken an interest in the subject of education. He has been studying India’s education policy and the various issues facing it, apart from tweeting and writing articles on the subject. He has also been holding discussions with the Rashtriya Swayamsevak Sangh (RSS). This may have to do with the likelihood of a Cabinet reshuffle soon. Himanta Biswa Sarma’s appointment as Assam’s chief minister has also precipitated this, with his predecessor Sarbananda Sonowal now finding himself without a job. Scindia, whose father Madhavrao had served as the human resource development minister under PV Narasimha Rao, might have what it takes to be the education minister. But there is a well-functioning education minister currently. Further, would RSS be comfortable with a former Congress member as the next education minister? We may know soon.

The confusion over Congress’ leadership continues. Although it was widely expected that the recent Congress Working Committee meeting would result in the re-anointment of Rahul Gandhi, that however didn’t happen. Congress President Sonia Gandhi claimed that the discussion on the occupant to the post of party president will take place at some future meeting. With Rahul continuing to remain determined against taking up the post again, as the buzz goes, other members are in a fix. Most of them don’t have a name to recommend. The others are too meek to suggest their own.

Doval and the Middle East

Our National Security Advisor Ajit Doval finds himself caught up in important political developments around the world. The political changes next door in Nepal were far from settled when the Israel-Palestinian conflict broke out. According to officials in South Block, the current conflict has a lot to do with what is going on between the US and Israel’s nemesis, Iran. The two countries, it is said, could be signing a new nuclear agreement—something the UN is backing—according to which the US will withdraw its current sanctions. Israel, it is believed, is incensed and is trying to pressure the Joe Biden administration into not getting into such an agreement. Could this current strike in Gaza be a message to Hamas’ backers in Iran—perhaps a message even to the US?

Although Prashant Kishor has declared his retirement as a political strategist, he continues to remain much in demand. Akhilesh Yadav, as the rumour goes, is particularly interested in hiring his services for next year’s Uttar Pradesh elections. The elections are going to be crucial, not just for the state but in the way it will impact the General Election in 2024. Although there is a newfound confidence in Yadav now, buoyed by his party’s performance in the recent panchayat elections, there is also speculation that the Bharatiya Janata Party (BJP) may form a pre-poll alliance with Mayawati. Can Yadav get Kishor to come out of retirement?

The West Bengal elections may be over, but the political machinations in the state refuse to die out. The state’s Governor Jagdeep Dhankhar recently visited different districts and villages where violence erupted during the polls, even hopping on a motorcycle in Nandigram. This has led to speculation in some quarters as to whether the Centre plans to call for Article 356 or President’s Rule in the state. This is unlikely given the scale of Mamata Banerjee’s victory. What Dhankhar wants though,
according to the grapevine, is to implement the Disturbed Areas Act in some areas where violence took place.

RSS chief Mohan Bhagwat’s recent comments over the Government’s failure at arresting the pandemic’s second wave have created a flutter. Bhagwat, however, did not exclusively pull up the Government. He spoke of a general negligence among people, as well as the Government and administration. But this stirred up quite a bit of gossip since it comes on the back of RSS’ mouthpiece Organiser acknowledging BJP’s failures in the West Bengal election and praising the state’s Chief Minister Mamata Banerjee.

Kangana Ranaut’s controversial statements online may have earned her a suspension from Twitter, but can she use her penchant for provocation to fight an election? The latest buzz from Maharashtra has it that come 2024, she may be considered for a BJP ticket from Mumbai. She is an unabashed fan of Prime Minister Narendra Modi and is known to be closely connected to former Chief Minister Devendra Fadnavis too. The last celebrity to contest an election in the city, Urmila Matondkar, on a Congress ticket in 2019, might not have been successful. But Ranaut is another matter altogether.