Why Yashoda considered her son Krishna to be the universe 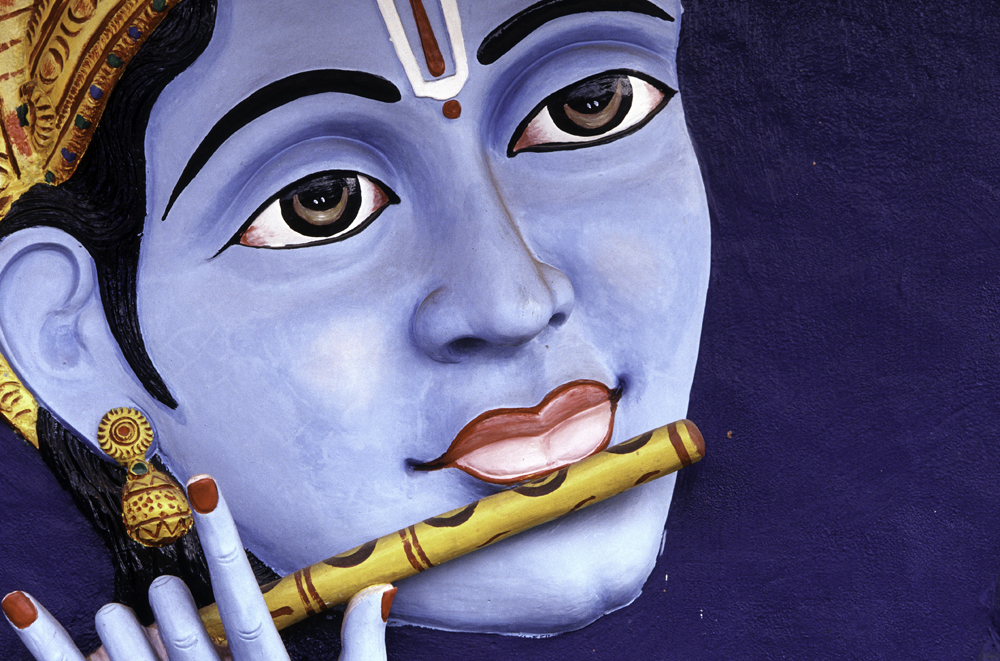 The elephant-headed Ganesha and the naughty butter chor Krishna are two of the most lovable of Hindu divinities. Shri Rama with his three step-siblings did not seem to have as much verve as Krishna, considered the poorna or complete incarnation of
Shri Maha Vishnu. Bala, the child manifestation of the Divine Mother, remains pristine and esoteric as one of the important deities of the Shri Vidya Sampradaayam, one of the many methodologies of Devi worship. In fact, most children are introduced to Hinduism through the Bhaagavatham, or the stories of Krishna.

Krishna’s birth as the potential dispatcher of his maternal uncle Kamsa was foretold by a portentous heavenly voice when Kamsa was driving his newly married sister Devaki and her husband Vasudeva to a palace he had intended for her as a wedding gift. That Kamsa had an abrupt change of plan and put his beloved sister and
brother-in-law into jail where all their offspring from birth could be monitored was hardly surprising, given his interest in preserving his own life. In fact, it was only Kamsa’s genuine love for Devaki and Vasudeva’s impassioned plea to spare their lives and take that of their potential children, that arrested Kamsa’s murderous intentions towards them.

Maha Vishnu was born to Devaki and Vasudeva as Krishna. It was not miraculous, but expected that the prison doors would open, the flooded Yamuna parted and Vasudeva was able to successfully switch his infant son with Yashoda’s baby daughter in Gokul without the knowledge of anyone as universal sleep seemed to have affected all human beings, including Yashoda, the guards meant to inform Kamsa instantly of any birth in the jail cell, and most of all, the anxiously pacing Kamsa, waiting to kill the new-born by dashing its head open, as was done to Devaki’s previous seven pregnancies. It was only after Vasudeva entered the prison with Yashoda’s daughter that the open chains snapped back, open doors clanged shut and a widely awake Kamsa came thundering down to kill this eighth child of Devaki who was ordained to kill him.

As usual, Kamsa grabbed the tiny feet of the baby child to dash it to its death when the infant flew out of his grasp to show Herself as the resplendent Yoga Maya who had stepped in to protect the boy avatar. She was the first female who stood in as a shield for Krishna.

Yashoda’s love for Krishna is a classic case of a mother who thinks that her son is the very universe (in this case, true)! Yashoda feeds, sings lullabies, bathes, clothes and generally pampers Krishna silly. She cannot stay angry with her beloved son, whatever be his growing list of misdemeanours. She is witness to her precocious infant son destroying demons of various strengths, shapes and wiles. Even if fleeting wonder at Krishna’s prowess in taking care of himself passes through her, it is always her maternal instinct for Krishna which wins out.

All the mothers in Krishna’s village complain that the boy not only has free run of Yashoda’s dairy, he also steals butter from them without the slightest qualms. In their long litany of grievances to Yashoda, there is an underlying love and indulgence to Krishna.

Poothana was a demoness who was also an assassin sent on a mission to locate and kill Krishna. Kamsa was her master who was desperate to locate and destroy his elusive would-be killer nephew. Poothana smeared her breasts with poison and suckled many new-born children.  Poothana left a long line of bereaved parents to ultimately reach Yashoda’s home. The baby Krishna gave her an enchanting smile before crying, seemingly out of hunger. An eager Poothana put him to her murderous breasts what he seemed to relish. With each pull of his lips, Krishna was sucking out her very prana or life. Of course, instant salvation was Poothana’s lot as her last earthly vision was that of a child God taking his nourishment from her.

The love story of Radha and Krishna is one of the most unconventional and celebrated ones in India. Already married to Ayyanar, Radha, an older woman, sees Yashoda’s son whom the whole of Nandagopar’s village adores. Radha too is no exception. The famous poet Jayadeva’s Geeta Govindam opens with Radha being urged to escort Krishna home, lest he be frightened by a gathering storm. That storm is tame compared to  the storm of feelings Krishna awakens in Radha.

Devaki, the unfortunate princess who had to undergo eight pregnancies and deliveries without being able to dandle even a single child on her lap, marked the growing of her last child Krishna by her grip on the prison bars. She was sure that Krishna was alive and would one day come to liberate his parents and grandfather from the jail where Kamsa had locked them up.

Much after the liberation of Mathira from the tyrannical Kamsa, Krishna meets his father’s sister Kunti. By taking care of her five sons much like their older brother, Krishna elevated his aunt to be a near-mother.

Krishna is one of those multi-faceted deities who can be seen as a perfect son (Yashoda), lover (Radha), friend (Draupadi) and mentor (the Pandavas). Just as this ninth and most complete avatar of Maha Vishnu is the most common entry point for children to familiarise themselves with Hinduism, on this Mother’s Day it is good to remember  that Krishna is equally the adored and worshipped Divinity that seems to keep up in age and relevance with the passage of time vis-à-vis human life for very many adults too.