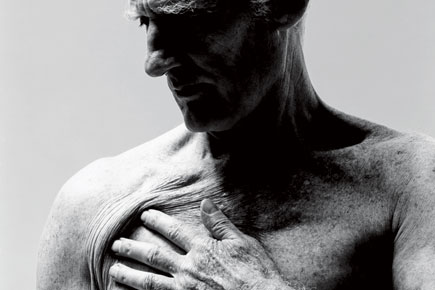 The beauty of life is that though mortality is certain, its timing is uncertain. No age has been set for final departure and humans can live in the hope of immortality till the very last moment. Hope is eternal even though existence is transitory. Robert Browning’s exhortation, ‘Grow old along with me, the best is yet to be’, has taught us to await the miracle of a game-changing accomplishment even in the evening of our lives.

Human beings consider themselves indispensable, but the world’s graves are filled with indispensable people, who thought that life would come to a complete halt if they ceased to exist.Many believe that age is just a number as long as they have no disability. Most people realise they are old when others show new respect and reverence to them. The tradition of treating the elderly give them a sense of importance. The Covid experience showed that mortality was high among old people in old-age homes, not in their own homes.

Shakespeare described seven stages in a man’s life, but not on the basis of age, but on changing priorities and strength of body. First, the infant, then the schoolboy, the lover, the soldier, the judge, the old man and ‘finally second childishness and mere oblivion, sans teeth, sans eyes, sans taste, sans everything.’ No one can escape these stages, but the process of ageing varies from man to man, depending on many factors. We witness everyday aged youngsters and young oldies, making any classification of people on the basis of age meaningless.

Old age does not come overnight. The sky gets dark slowly, writes Zhou Daxin, and asks us to prepare for the inevitable. He says that old people believe that they know everything, but they are as ignorant as children. That is a highly exaggerated notion. But he says wisely that the dictum of old age is not to say “after” or “later” and do everything “now.” Old age sets in slowly, almost unnoticed because even with half of the faculties intact, human beings can live near normal lives.

An Egyptian friend taught me early in life that, after fifty, if you have no pain in some part of your body when you get up in the morning, that is because you are dead. Pain is thus an assurance that you are alive and that your body is responding to the various afflictions that may be confronting you without your knowledge. Some say that golf and sexuality go with a man to his grave. Old golfers don’t die, they simply lose their drive, it is said. But when you see your drives, which used to cross the water hazard, drop short of it, you know that you are losing it, but you can still win with your wily short game. Iam sure there are some such tricks with sexuality too. A lady whose husband passed away at 85 wondered aloud how long men kept their sex drive.

Recently, more comfort was given to the elderly when the WHO declared that 65 years old is still considered young. Earlier, based on the British Friendly Societies Act, it was considered that old age began at 50 when the average life expectancy was much lower than today.  Now, considerthe average health quality and life expectancy-defined new criteria that divided human age as 0 to 17 underage; 18 to 65 youth; 66 to 79 middle-aged; 80 to 99 old; and beyond, that long-lived elderly. This was a morale booster for people of all ages as people who were middle-aged thirty years ago discovered that those years were youthful for them.

Covid-19 changed all these in one swoop by declaring 65 as old age requiring those above 65 to stay indoors during lockdowns, calling it a reverse quarantine. This was not an advisory, but a legal requirement, which can be enforced by law. Fortunately, since gerontocracy is still the order of the world, implementation of this requirement will be hard. Prime Minister Narendra Modi himself is past that age and if the Covid Protocol is applied, most in authority will have to stay home. Perhaps the presumption is that the politicians are immune to the morbidity of old age.

When videos appeared in December 2019 of elderly Covid patients being dragged out of hospitals, incredible reports appeared that they were being eliminated to make space for younger patients. Even in the US, the doctors had to choose the patients they wanted to put on ventilators because of the shortage of support systems. Prohibiting people above 65 from engaging in outdoor activities is as cruel as the suspected Chinese action. There are many people who are very productive in the arts, culture, cuisine and others who have lost their livelihoods. But scribes like me will know that senility has set in only when they get rejection slips from their editors. Indeed, there is life beyond 65 and it must be enjoyed without fetters other than voluntarydefence measures against the pandemic.