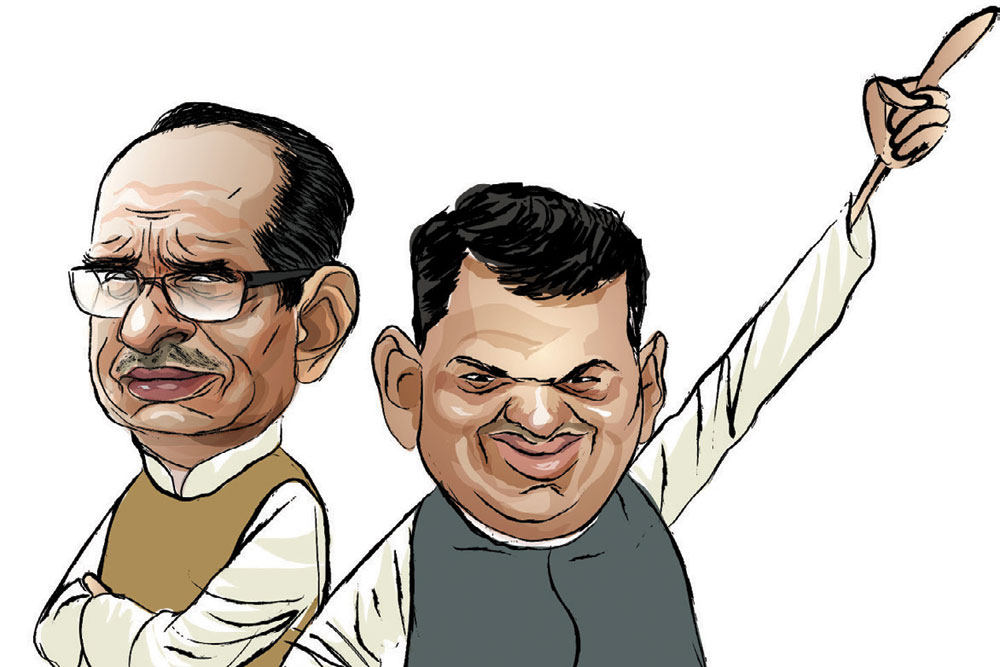 
The Bharatiya Janata Party (BJP) brass went into the last leg of the Delhi election campaign with considerable uncertainty. The general impression is that the party will lose but Home Minister Amit Shah recently introduced a new strategy of small, silent nukkad meetings across several locations. His main focus is on the Jamia Millia Islamia and Jawaharlal Nehru University ‘anti-nationals’. The BJP had also begun to carpet-bomb Delhi with senior leaders from other states, like Devendra Fadnavis, Shivraj Singh Chouhan and Yogi Adityanath. They however didn’t stay overnight. They came, gave their speeches and returned the same day. Strangely, local Delhi BJP leaders seemed to be sidelined in this campaign.

No Copter for You

Travelling by helicopter has become a bone of contention between Bengal’s Chief Minister Mamata Banerjee and Governor Jagdeep Dhankhar. Banerjee goes by helicopter on her tours but when the Governor asked for the same facility, it was denied citing the huge expenditure involved. In any case, with the Governor constantly speaking against Banerjee’s governance, it didn’t help his case. Recently though, there was some thaw in the relationship when Banerjee gave permission for the Governor’s visit to Visva-Bharati.

This seems to be the season of marriages in the families of BJP politicians. Kailash Vijayvargiya’s son Akash, who got into a controversy after assaulting municipal officials, is to tie the knot. Prime Minister Narendra Modi had publicly rebuked the assault and it is now to be seen whether he will attend the marriage that will take place in Indore. Recent events indicate that the probability is slim. Some days back, another BJP Member of Parliament (MP) Prabhat Jha’s son got married in a convention centre in Delhi. While many political luminaries were present, Modi was missing. Yet another BJP leader Sudhanshu Mittal’s son’s marriage is going to take place in Delhi, and Modi, because of his hectic schedule, may not go there either.

Delhi BJP leader and Noida MP Mahesh Sharma’s lunch at his new house, a day before the Delhi election, was talked about a lot. The residence at 13 Talkatora Road used to be the bungalow where former President Pranab Mukherjee lived for a long time, even when he was External Affairs and Finance Minister. Given that the party’s state is not very good in Delhi, Sharma might have warmed up to the media who were invited in large numbers.

With Assembly elections slated for West Bengal in 2021, Mamata Banerjee is already making plans and one of them has been to change her political style. In her padayatras and rallies, you now see not as many Muslims as Hindu refugees. Recently, she celebrated the Litti Chokha Mahotsav in a big way to strike a chord with the Bihari community in the state.

Delhi Chief Minister Arvind Kejriwal’s 24-year-old daughter Harshita, a tech graduate from IIT like him, stays abroad and works for a major multinational consulting firm. She had, however, taken three months’ leave from her office and come to Delhi to help campaign for her father. She was also active on social media about the campaign. Already people are speculating whether politics might be her future calling. 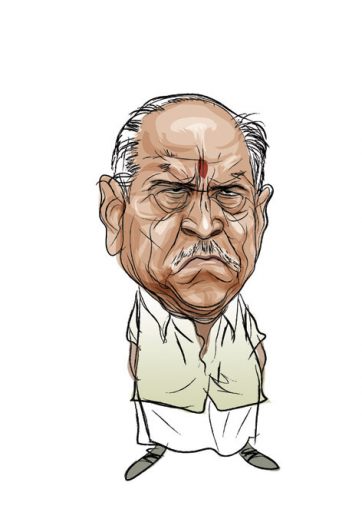 BS Yediyurappa might have worked hard to get to the Karnataka chief minister’s chair but he now has a problem on his hands. He formed the government with the support of 17 dissident Janata Dal (Secular) Members of Legislative Assembly (MLAs) and all of them are now demanding cabinet berths. Meanwhile, 10 BJP MLAs are threatening to quit because they are not being made ministers. Recently, Yediyurappa came to Delhi and sought time from the Prime Minister who didn’t meet him. It is said Modi and Amit Shah are none too pleased with Yediyurappa, especially because of the role his family is playing in the politics of the state.

On May 14th, once again Narendra Modi and West Bengal Chief Minister Mamata Banerjee may have to go through the uncomfortable ordeal of sharing the same stage. The occasion is the birth anniversary of the late Swami Atmasthananda, the 15th President of Ramakrishna Mission. He was Modi’s guru and the Prime Minister may come to mark the occasion in a big event in Kolkata. Banerjee may also be present. The Kolkata Municipal Corporation elections will also be held in May. That should add some excitement to the event as the leaders come face to face.

After Amit Shah became Home Minister, he was told to use the National Security Guards (NSG) or Black Cats for his protection but he refused. Instead, Shah’s security is being overseen by the Central Reserve Police Force and Delhi Police. Perhaps Shah felt that the presence of the NSG commandos would be alienating for the general public. Interestingly, Shah also has a small Gujarat police contingent, officers he is familiar with. One of them has reportedly been with Shah for more than 20 years.