Knocking at the Door 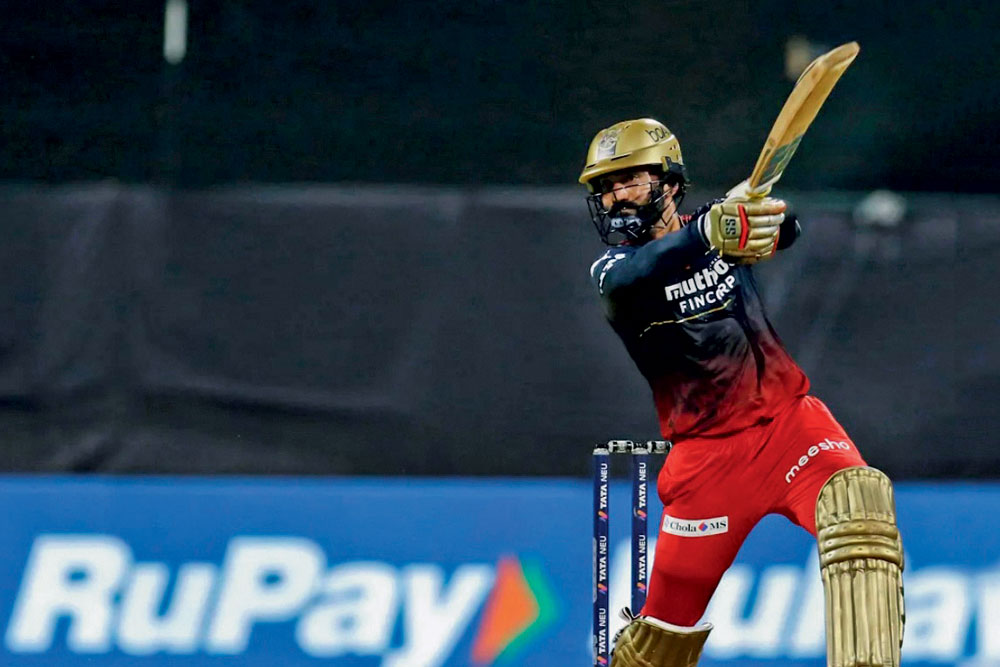 
A COUPLE OF YEARS back when he got out for a duck second ball to Rahul Tewatia, the trolling had started. The former Kolkata Knight Riders (KKR) captain had failed yet again. Angry fans took to social media demanding the ouster of Dinesh Karthik from the team. Some went on to suggest that Karthik will not be picked by a single franchise in the coming season. Things were going from bad to worse for the former KKR captain. While Andre Russell and Pat Cummins saved the day with the bat, Karthik was very much in the firing line. Maybe, to an extent, the criticism was fair. He wasn’t looking the part and for someone the franchise was banking on, it was a below-par season. KKR fans expected a lot from Karthik and except for a few cameos, he hadn’t done much with the bat the entire two months.

It was only a matter of time before KKR released Karthik. He wouldn’t be retained was a kind of formality. Frankly, it was a very fair call. Varun Chakravarthy had done exceptionally well, and Russell and Sunil Narine were prized assets, not to forget Venkatesh Iyer. Each one of the four was considered more important for team balance. They could all bowl four overs, and that meant KKR could go into the auction with 16 possible overs already secured. Karthik had to make way and get into the auction.

He went for a modest 5 crores in the auction to Royal Challengers Bangalore (RCB). Having gone back and checked on all auction coverage, it is safe to say there was not a single headline that mentions Dinesh Karthik as a great buy. RCB needed a safe wicketkeeper, and in Karthik they had one who could also bat lower down the order and score some important runs.

Who would have thought?

He must have felt the pressure as he stepped out to field in RCB colours. Anyone will. His scores of fans were watching and it was a make-or-break season. He has already done superbly well in the commentary box and many believed that’s what he should have done rather than putting himself out for scrutiny again. Why take a chance? Why bother? Rather, he should have been in the comforts of the commentary box and his wit and sense of humour would have won hearts. Karthik, however, didn’t agree. He wanted to test himself against the best for one more season and believed he still had things left in the tank to offer his franchise. With the World Cup dream not really a serious one anymore at the start of the season, it was RCB or nothing for Karthik.


If pure performance is an index, Karthik has indeed made a case to be picked in the touring side to the UK in June-July. He should be tried as a finisher and given an opportunity. To do it time and again for RCB with a young Shahbaz for company isn’t easy, and it is only fair the selectors look at Karthik with renewed interest going forward

Delhi Capitals (DC) has one of the most versatile bowling line-ups and RCB was staring down the route of humiliation with five down for under a 100. The big guns in Faf du Plessis, Virat Kohli and Glenn Maxwell were all back in the hut. Kuldeep Yadav still had overs left and the DC fans were starting to believe it would be a 160-run chase at best. With Lalit Yadav hitting bullseye from point and running Kohli out, the woes had compounded for RCB. That’s when it happened. Shardul Thakur bowled it slightly outside off stump and Karthik was onto it in a flash. As it is said in cricket, if you want to go through with your shot, you go hard. Karthik did and the ball had one destination written all over it—yet another six. Karthik had reacted to the ball in a flash. Generating incredible bat speed, he was at the ball in a microsecond with his hands all stretched and the body bent like a bow. While it all transpired in a nanosecond, it was as if it took a minute to realise what had gone on. Karthik had played an incredible shot yet again and all of a sudden, RCB had all the momentum for a fantastic finish. His expression hadn’t changed. He still had a look of intensity on his face and when he stood up tall again, all of RCB and their fans stood with him. It was the defining moment in the game and was the opening RCB was looking for. Karthik and Shahbaz followed up this particular shot with many more in the remaining few overs and by the end of the 20th over, RCB was gradually starting to breathe again with the score touching 190.

Cricket, I have argued, is the most individual of all team sports and at that one instant, it was proved true. There was none except Karthik, the ball, and gravity. There were trolls in the background and a sense of responsibility to take his side to a competitive score. And that’s what makes the innings that much more significant. IPL season 15 has given Dinesh Karthik a new lifeline and in doing so, has helped his franchise take a step closer to the playoffs. He has redeemed himself all season. And so has RCB thus far.

There is a serious debate on if Karthik can actually push open the doors of the World Cup. He had been picked for the 2019 World Cup and had to finish in ignominy. Fifty overs isn’t a format that is best suited for him, and he wasn’t able to do much in the UK. Not so in T-20. India needs a finisher and from what we have seen so far, Karthik could well be a very useful option. With Rishabh Pant as the preferred keeper, Karthik can surely be the backup, and at times play as a pure batter. It is always about performance and performance only. Not age, not reputation, not anything else. And if pure performance is an index, Karthik has indeed made a case to be picked in the touring side to the UK in June-July. He should be tried as a finisher and given an opportunity. To do it time and again for RCB with a young Shahbaz for company isn’t easy, and it is only fair the selectors look at Karthik with renewed interest going forward. It was an error to pick him for the 2019 World Cup. Pant should have been the preferred option. But one mistake shouldn’t lead to a second one, and the least the selectors can do is give him one more opportunity. India lacks a finisher as we have already seen in Dubai in October 2021. In a fully fit Hardik Pandya, they now have one. And if Karthik is able to step up, it could well be a batting line-up capable of doing much damage to opposition teams in Australia.

The best thing about Karthik at the moment is that he has all the experience. He has experienced failure and knows what it is like to fail at the biggest stage of all. There is no fear, and that’s the best thing to happen to a performer. From the evidence at hand, Karthik is enjoying every opportunity to express himself and has made a strong case for one more opportunity to wear India colours. Time will only tell if he gets one.