Rising like a phoenix from the ashes of the devastating fire 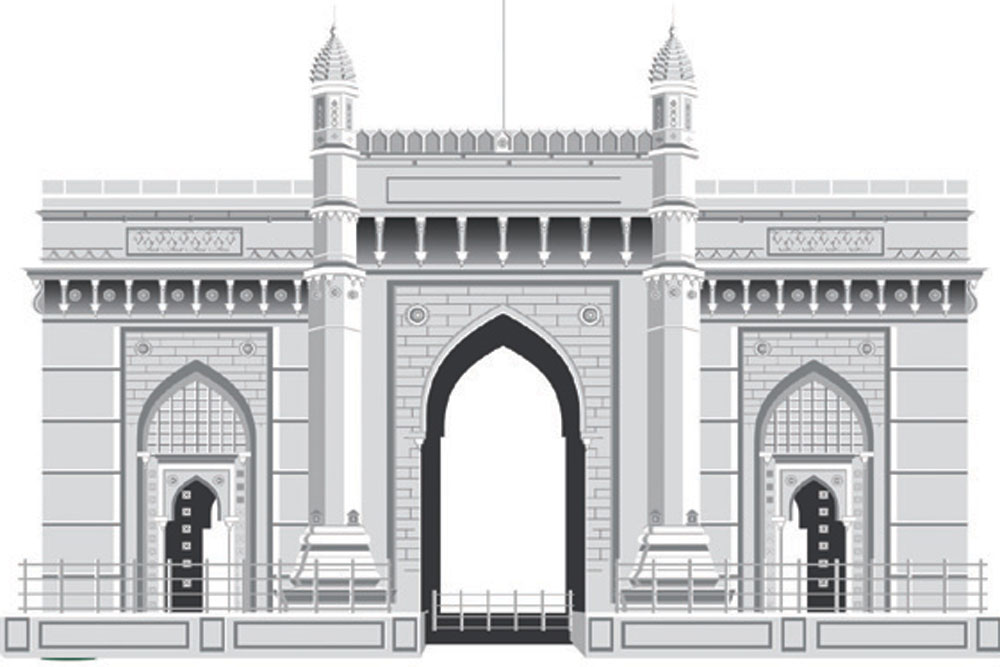 THE CLOSING DOWN of a bookstore is no longer news. But the opening of one certainly is, and in today’s bleak times, an item newsworthy enough to go into Ripley’s Believe It or Not! But Kitab Khana, the wonderful bookstore at Flora Fountain, did reopen a week ago, rising like a phoenix from the ashes of the devastating fire that engulfed it last year. The year 2020 was truly the annus horribilis of our lives, so if the best bookstore in Mumbai caught fire before the year was out, it was just one more parting kick from 2020 while we were down.

To state the obvious, a bookstore has books; a good bookstore has a lot of good books; a warm and welcoming bookstore is all polished wood panelling; and Kitab Khana was all these. Disastrously, however, fire feasts on both paper and wood, and when you fight the fire with water, you destroy what the fire has spared. When I rang Samir Somaiya, Kitab Khana’s owner that evening, he told me, “The fire had a total blast: every one of our books was either burnt, drenched or smoked.”

Most of Kitab Khana’s 45,000 volumes were destroyed: the few that weren’t (the ones that were ‘smoked’, I suppose), are now on sale at half-price. I can’t wait to go back when the world gets back its sanity—although I know that, as usual, I will spend far too much time once I am there, lost in looking at one interesting book after another. I also know that each time I make a move to leave, T Jagath, Kitab Khana’s manager or one of the members of his staff, will point me to another shelf where lie some more tempting treasures.

Kitab Khana takes up 5,000 square feet, occupying the ground floor of the 150-year old Somaiya Bhavan. In the heart of the city, that’s valuable real estate. When ‘monetising your assets’ is today’s mantra, one is grateful that there are people like Samir and Amrita Somaiya to whom the written word matters more.

‘MUMBAI 10TH MOST liveable major Indian city’, the front-page headline in a national newspaper boasted. If I had been the paper’s editor, I would have buried the news item on page 10, bottom-half, and used a more suitable headline like, ‘Bengaluru best Indian city; Mumbai comes in a poor tenth’.

Just look at which major cities beat us in the ‘Ease of Living Index 2020’ issued by the Central Ministry of Housing and Urban Affairs: Bengaluru, Pune, Ahmedabad not only did so, but were the top three. Guess which city was the worst: Srinagar! As you will no doubt remember, that’s the place which has received special attention of the country’s two most important men. We should, I suppose, be grateful for their benign neglect. A minister of the Maharashtra government is unfazed and has a rather nice take about the report: ‘In spite of what the report says’, he is quoted saying, ‘It’s not a hidden fact that the ease and joy of living in Mumbai is actually the highest… Otherwise, so many people wouldn’t call it the City of Dreams.’

Others in positions of authority obviously agree. For example, the municipal corporation cut its budget for developing parks and gardens by 25 per cent this financial year. It took a cue from the fact that 85 per cent of last year’s budget for open spaces wasn’t even utilised, and will lapse at the end of the month, a clear sign Mumbai has more open spaces than it knows what to do with.

There are more cheerful facts to bolster the Dream City tag: Mumbai now has 2,000 vehicles per kilometre, and its vehicular density has risen over 40 per cent in the last six years. In sheer numbers, the vehicle population has gone up from 20 lakh to almost 40 lakh in less than a decade. If you take glory in the fact that our country invented the zero, let me give you the figures another way: 20,00,000 to 40,00,000 in less than 10 years. So we have so much more time now to think about our Dream City while stuck in traffic; so much more glorious carbon monoxide to breathe in at our leisure; so much more lovely particulate
matter to line our lungs with.

That’s not all there is to the Dream City. The ‘Water Quality Status of Maharashtra 2019-20’, published by the Maharashtra Pollution Board, tells us that ‘faecal coliform count along the city coastline is 9 to 16 times higher than the safety limit.’ In the seawater gently lapping the shoreline at Mumbai’s best addresses like Malabar Hill, Juhu, Nariman Point and Worli Sea Face, the FC count was 1,600 colonies of coliform per 100 ml of water, as against the safe standards of 100 colonies per 100 ml. Mumbai provides dreams to all kinds, from the, er, bottom-most, to the highest.