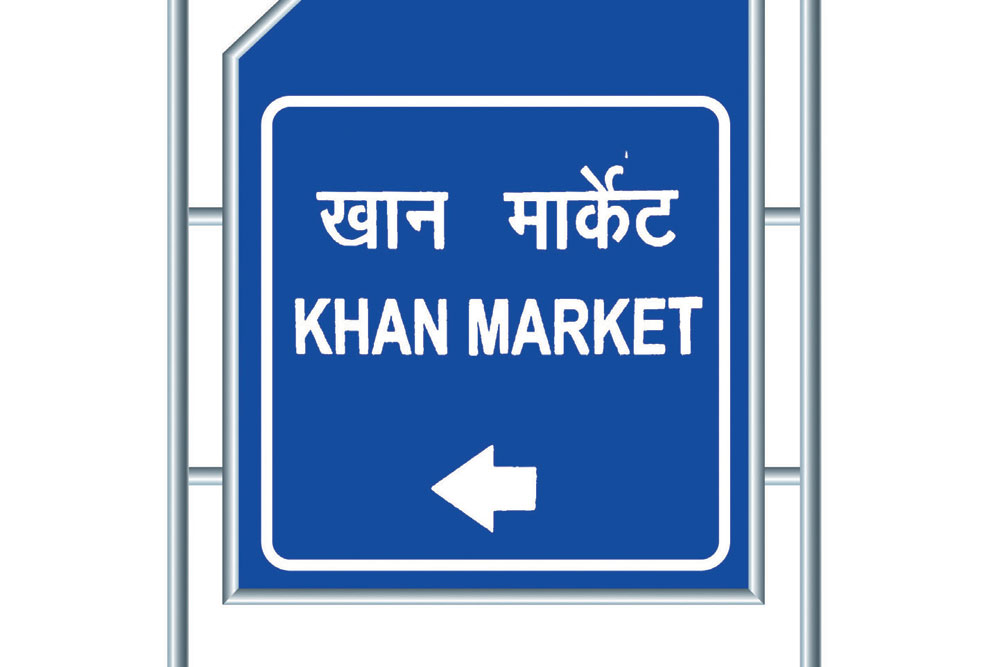 
“KHAN MARKET GANG” was a jibe used by Prime Minister Narendra Modi soon after BJP’s massive win in the 2019 General Election. He was rubbing salt in the wounds of his opponents from affluent backgrounds whom he had defeated. In the same newspaper interview, he reminded the readers of the gap between his own background, as son of a chai seller at a railway station in Gujarat, and the background of the Khan Market Gang with socialist pretensions.

The gang members were never identified by name, but anyone involved in day-to-day politics in New Delhi had a fairly good idea whom the prime minister had in mind. These were people of pedigree and privilege who lived in posh Lutyens’ bungalows at Government expense. Most of them sat on opposition benches in Parliament. They used Khan Market as their watering hole. They all knew how to use chopsticks. Some of them were partial to spaghetti.

I live across the street from Khan Market and bumped into them often at lunchtime. A few happened to be my friends, one from my UN days. The jibe had its effect. For a while, the so-called gang stopped turning up there during parliamentary breaks. Their absence perhaps also had something to do with the outbreak of Covid around that time. One prominent member jumped the sinking ship and defected to the Bharatiya Janata Party (BJP). Now he would not be caught dead in a Khan Market restaurant.

In Britain, there is a similar epithet commonly used by the Tories to dismiss the liberal elite from public schools who live in posh houses in Chelsea and Hampstead and espouse socialism. The pejorative they use is “champagne socialists”. It also implies hypocrisy. In response, the Labour Party leader, Jeremy Corbyn, replied that while he enjoyed the benefits of capitalism, he still believed in a welfare state. “We don’t want to see people sleep on streets or parents forced to go to a food bank to feed their children,” he added.

Khan Market is the most expensive piece of real estate by square foot in India. It was not always like this. When I first arrived in Delhi in 1986, it was rather tacky and laidback. One went there to buy groceries and vegetables, your flour and rice. I rented pirated videos on Fridays and returned them on Mondays to escape from the dreary programmes on Doordarshan, the only channel.

The shops in the U-shaped market were on the ground floor and their owners lived on the floor above with entrances in the middle lane. The former police commissioner of Delhi, Ved Marwah, son of refugees, spent a happy childhood here.

The market was established in 1951 with 154 shops and 74 residences. The place was meant to give a new start to those who fled the newly created Pakistan, leaving everything behind. In early days, it catered to residents in the neighbourhood, junior government employees living in badly constructed flats in nearby Rabindra Nagar and Bharti Nagar as well as the more affluent in upmarket Golf Links, Jor Bagh and Sujan Singh Park.

The character of the market started changing in the 1980s with the start of the real estate boom and gathered momentum with the liberalisation of the economy in 1991. The original owners cashed in on the astronomical rents they were being offered by the multinationals and moved elsewhere. Grocery and hardware shops became boutiques, a crockery and kitchenware shop became a bank while the stationery shop was now a showroom for high-end international brands.

What used to be everyone’s favourite bookshop, The Bookshop, started selling expensive crystals from Switzerland after an eviction order. The people who ran the place loved and knew books. You could browse and chat with the owner, KD Singh, and you were likely to bump into friends looking for a good read. The place reminded me of bookshops of old days in London before WH Smith ran them out of town.

Thirty years ago, I bought medicines from a chemist shop with an old-fashioned name, “Rajaram and Sons The Khemists”. It was the kind of shop you still find in some of the hill stations. It never modernised. It stuck to old furniture. There was an ancient glass counter below which you could see the cough drops, the soaps and the toothpastes. The old lady in the cash booth at the back took ages returning your change. But you didn’t mind that. It gave you an excuse to linger a bit longer.

Posh restaurants inevitably followed preferring the floor above. Walls of two-room flats were broken to provide more space and to set up a lucrative bar. The narrow staircases leading to them from the middle lane could not be altered. They are still there, waiting for a disaster to happen. I would not want to be here if there is a fire.

Now customers started coming from all over the city and shopping and eating at Connaught Place became passé. You can order pizzas, Chinese stir fried and Japanese sushi. They are as good as the ones in five-star hotels but at more reasonable prices. At the back, there is a restaurant with an eccentric but endearing name, Soda Bottle Opener Wala. It serves Parsi dishes and the mutton dhansak is as good as any in Mumbai.

The business at the Mexican place was slow and it closed. Kebabs were available at Khan Chacha’s though the “chacha”, who once owned the place, sold it. It is now owned by a successful restaurant chain. During the Covid epidemic, the owner used it to store illicit oxygen cylinders that were in short supply. It remains shuttered under police orders.

The fruit sellers on the pavement are still there. The strawberries on top of the box look luscious and juicy until you go home and discover the ones below. There are occasional beggars and one has to step gingerly to avoid stepping on sleeping stray dogs. That way Khan Market is more inclusive than the malls. Foreign residents and tourists prefer it that way, as do many locals.

The most prominent of old shops still around is the Bahrisons bookshop located at the main entrance. It is India’s most famous bookshop with an indulging staff. How long it will be able to put up a fight against the online discounters is anyone’s guess, but Anuj Bahri Malhotra is determined to hold on.

ABDUL GHAFFAR KHAN, after whom the place is named, was a lifelong friend of India. When he died in 1988 in Peshawar at the age of 98, the government of Pakistan issued only a brief message of condolence for its citizen. But Prime Minister Rajiv Gandhi flew to attend the funeral and pay final tribute to the “Frontier Gandhi” who had fought to keep India united. His granddaughter, Zareen Khan, whom I knew well, preferred to study at Grant Medical College in Bombay rather than in her native Pakistan.

At the time of the “Khan Market Gang” remark by the prime minister, an obscure BJP politician proposed to the home ministry that the place be renamed Valmiki Market. The traders were not happy and everyone agreed that this would be taking things too far. Khan Market had become a brand name, internationally recognised and a tourist destination. Fortunately, the proposal was nipped in the bud.