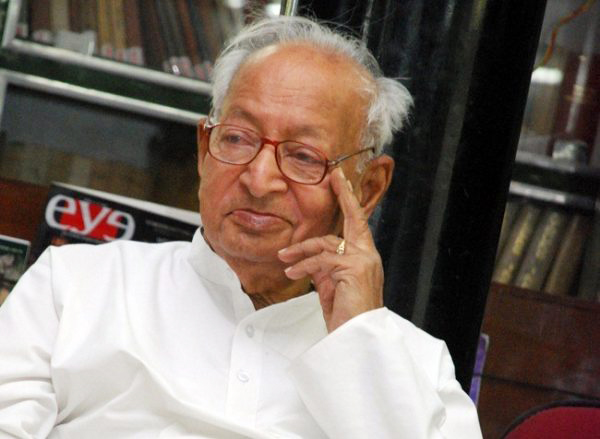 As we celebrate the centenary of one of the most brilliant diplomats of India, Jagat Singh Mehta, who served from Jawaharlal Nehru to the Janata government, we should also remember that he became the victim of a misinterpretation of his vision, which some of his political masters did not share. I was witness to his torment during the two years I worked as his special assistant (1978-79) and how his illustrious career was cut short. He was hounded out by some politicians, some in the press, and even some of his colleagues. He soldiered on even after he was removed from the post of the foreign secretary by the Janata government. A proposal to appoint him as ambassador as a kind of compensation by the Janata government was cancelled in 1980 by Indira Gandhi, who had chosen him as foreign secretary in 1976 in recognition of his exceptional merit.

Years later, when Indian foreign policy changed course in the direction of his vision, the Vajpayee government recognised him and honoured him with a Padma Bhushan. But the treatment meted out to him for being ahead of his time should be a lesson to future generations of diplomats and civil servants.

Mehta had only three postings abroad, Switzerland in his early years, China (1963-66) and Tanzania (1970-74), not being “an exportable commodity”, as he used to call himself. But he virtually dealt with the whole world from the Ministry of External Affairs and contributed to policymaking at different levels under different prime ministers and ministers of external affairs with distinction. He had a clear idea of a dynamic foreign policy to suit the changes in the world. He wanted to focus on improving relations with the US, China and Pakistan, even while maintaining our non-alignment and friendship with the Soviet Union.

Mehta had felt that the key to improving our relations with the US was some accommodation in our nuclear policy. Morarji Desai shared this view and encouraged him to have a dialogue with the US on this issue. But by then, our opposition to the Non-Proliferation Treaty (NPT) had become a matter of faith and any dialogue on the issue was seen as blasphemy. There were reports that during Desai’s visit to the US, some talks will be initiated in Washington. But when he was with Desai in Washington, his wife, Rama Mehta suddenly passed away in India and Mehta returned to India. When he went back to Washington soon after the funeral of his wife, as requested by Desai, it was seen as an indication that Mehta wanted to push the nuclear talks personally. Public opinion in India was against any accommodation on the NPT and he was accused of changing the policy. Desai denied it and when President Jimmy Carter came to India, Desai told him that he had no intention to change the policy. President Carter left India in a huff and a reported proposal for a joint study on nuclear proliferation was given up. Mehta was severely criticised, but subsequent history showed that it was the nuclear deal with the US that paved the way for a strategic partnership with the US.

The second crisis in Mehta’s career was in connection with the election of the secretary-general of the Commonwealth in 1978. Sir Shridath Ramphal wished to continue for another term and campaigned personally by visiting key countries, including India. Though Desai had pledged support for another term for him, he decided to put forward Mehta, on the suggestion of some Western countries. The Ministry of External Affairs asked our high commissioners to probe the possibility of his success in different capitals. Most of them reported back that most countries were committed to Sir Ramphal and a campaign at that late stage would be futile. It was clear that it was wise to withdraw our candidature, but Desai said that he would consult the heads of delegations in Lusaka where the Commonwealth Summit was to be held.

As it happened, Desai resigned a few days before the summit and Charan Singh became the prime minister, with Shyam Nandan Mishra as the minister of external affairs. It was decided that the prime minister would not go to Lusaka and the minister would lead the delegation. Mehta went ahead to Lusaka for the Meeting of Senior Officials, leaving me to brief the minister and accompany him to Lusaka. No briefing was possible in the midst of his preparation, with large crowds from Bihar surrounding him all the time. The matter of the election of the secretary-general was brushed aside for discussion in Lusaka with the Indian delegation and others.

At the airport, President Kenneth Kaunda took the minister aside and told him that almost all member states had supported Sir Ramphal and asked for India’s stand. The minister promised to revert, but the issue came up at the summit even before the minister could discuss it with our own delegation. When Kaunda declared near consensus on Sir Ramphal, the minister challenged the whole system and raised questions about the procedure. Others tried to persuade him to accept the Chair’s decision and after a very unpleasant discussion, it was agreed that Sir Ramphal should continue on the condition that the procedures should be studied for the future.

When the proceedings were leaked to the press, there was an outcry in the Indian press that Mehta forced the minister to push his case against the decision of the Chair. No explanation given by the minister could remove the stigma and Mehta even submitted his resignation although the mess was created by the minister. The resignation was not accepted, but it was used when he was relieved of the post of foreign secretary a few months later.

After taking a decision to appoint RD Sathe to succeed him, Mehta was told by Charan Singh that he had antagonised the Soviets by not recognising Kampuchea, he rendered wrong advice on China and Pakistan and generally appeased our small neighbours like Nepal and Bhutan. But he was not told that he was being changed and Mishra denied that there was a change in the offing. It was only a few days before Sathe arrived in Delhi that I was given a sheaf of papers by the minister’s office containing the exchange between the MEA and Sathe about his appointment. Mehta was told later that he was being appointed as ambassador to Germany, but nothing happened after the new government took over.

The Soviet embassy and the significant Soviet lobby in India held Mehta responsible for India not recognising the Vietnam-backed Kampuchea and that was the last straw that led to his removal as foreign secretary and Gandhi’s displeasure. Several IFS officers who had no equation with him added fuel to the fire in the establishment and the press against him. But Mehta took everything in his stride and continued to think and write about foreign policy and international affairs. There was no bitterness in him right till the end, though his disappointment was evident in the title of his book, Tryst Betrayed: Reflections on Diplomacy and Development, referring to Nehru’s legacy. Instead of receiving universal approbation, he appeared like a tragic hero, more sinned against than sinning, when he stepped out of South Block on superannuation. But when the comprehensive history of our foreign policy is written, Mehta’s contribution will be fully recognised.