Why certain forms of worship work better than others 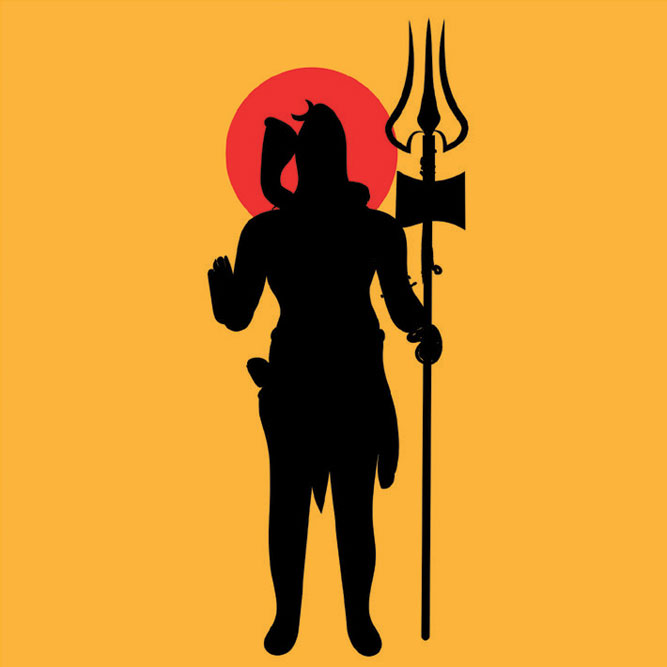 
EARLIER, I SAID that Shiva’s avataras are not as familiar as Vishnu’s avataras. In the conversation between Krishna and Upamanyu, Krishna asked Shiva about these.

(To make it clear, Shveta, Shvetashikha, Shvetashva and Shvetalohita were shishyas of Yogacharya Shveta and so on. Naturally, there was more than one person with the same name. There should be 112 names for shishyas, but we only have 106, suggesting one shloka is missing from the text.)

“All of them were siddhas in the Pashupata vow and all of them smeared their bodies with bhasma. They knew the truths of all the sacred texts and were accomplished in the Vedas and Vedangas. All of them were devoted to jnana about Shiva and followed Shiva’s order. With their minds devoted to Shiva, all of them were free of attachment. They were patient and tolerated all the opposite pairs of sentiments. They were engaged in the welfare of all beings. They were upright, mild and healthy, conquering their rage and their senses. All of them wore strings of rudraksha beads as ornaments and had Tripundra marks on their foreheads. Some had tufts of matted hair, others matted hair everywhere. Some were without matted hair and shaved their heads. They generally ate roots and fruits and were devoted to pranayama. They were proud about Shiva and devoted to performing dhyana on Shiva. Destroying the sprouts of the poisonous tree of samsara, they readied themselves to proceed to Shiva’s supreme city. If a person accepts them as virtuous and constantly worships Shiva, he proceeds to sayujya with Shiva.”

Krishna said, “O illustrious one! O ocean of every kind of jnana! O guru! You are actually Parameshvara, in the form of a maharishi, having taken an avatara to sever the bonds of men. Other than you, there is no one in this universe, deva or danava, who possesses such supreme sentiments and knows the truth about Shiva. It is as if the wielder of Pinaka is directly emerging from your mouth. Having drunk the amrita of jnana about Shiva, my mind is not satisfied. He is the creator of the entire universe. Seated on the lap of Bhagavan, her husband, what did Parameshvari ask him?”

Upamanyu replied, “O Krishna! You have asked an appropriate question and I will answer accurately. You possess an auspicious mind and are Bhava’s devotee. Immersed in divine dhyana, along with Devi, Mahadeva went to the divine and supreme mountain of Mandara, where there were beautiful caves. Devi’s beloved friend was Shubhavati, with a pleasant smile. She affectionately brought agreeable and blossoming flowers. Deva, supreme among devas, placed Devi on his own lap and ornamented her with those flowers and became full of joy. The ladies from the inner quarters and Indras among ganas, who served in the inner quarters, decorated Devi, the Ishvari of all the worlds, with divine ornaments. With whisks in their hands, they served Devi and Deva Maheshvara, her husband, who is the lord of all the worlds. Mahesha and Maheshi engaged in agreeable conversations, to save men in the world and those who seek refuge with Shiva. Finding an appropriate moment, Maheshvari of all the worlds asked her husband, Maheshvara of all the worlds. Devi asked, “Mortals are foolish in their intelligence. How can they bring Mahadeva under their control? They are incapable of controlling their atmans and have not cleansed their atmans.”’


If men have faith in Ishvara, he can be seen if a person desires to bring him under control, he can accomplish it through devotion

Ishvara replied, “If there is no devotion, I cannot be brought under control through karma, austerities, japa, postures, jnana, or other means. Whatever be the cause, if men have faith in me, I can be brought under control, touched, seen, worshipped and spoken to. If a person desires to bring me under control, he can accomplish it through devotion. Shraddha leads to the dharma of the respective varnas and protects it. If a human follows the dharma of his varna and ashrama, that develops faith in me, not anything else. Every kind of siddhi can be accomplished through the dharma of the ashramas. Following my command, Brahma stated this earlier. With many kinds of rites, this is known as the grandfather’s dharma. This is expensive, requires efforts and does not lead to great fruits. However, through the great dharma of devotion, one can obtain what is difficult to get. All the varnas can obtain this by seeking refuge with me alone. Through this happy path, they obtain dharma, artha, kama and moksha. I have again reorganised the conduct of the varnas and ashramas and have said that all the varnas must have devotion towards me. I have instructed that only those who have faith in me are entitled to observe the rites, not others. I have instructed and described the path of seeking refuge in me. Through my favours, a person is then freed of impurities, maya and Pashas. He is able to reach my city, from which, a return (as in rebirth) is extremely difficult. This is my supreme dharma and having obtained me, they are freed from maya. Whether one follows, or does not follow, the dharma of the varnas, if a person follows what I have said about devotion and seeking refuge in me, he raises himself up. He gets what is difficult to obtain, possessing more than crores and crores of qualities. This is greater than what is obtained by following the dharma of varnas. O auspicious one! In all the manvantaras that have passed, spanning thousands of generations, I have had avataras as Yogacharyas. O Sureshvari! However, those who do not possess intelligence and those who are not my devotees, find it extremely difficult to access this vijnana of generations. Therefore, one should make efforts to resort to devotion. If a person makes efforts elsewhere, there is great harm. There is a great weakness, delusion, blindness and dumbness. If a person acts in that way, he is expelled from the path of liberation.”

“O Sureshvari! My eternal dharma has four parts — jnana, kriya, charya and yoga. (Charya is conduct, interpreted as daily worship. These are the four parts of sadhana followed by a bhakta. Charya leads to salokya, kriya leads to samipya, yoga leads to sarupya and jnana leads to sayujya. I have explained these terms in earlier columns.) Jnana is said to be knowledge about Pashu, Pasha and Pati. Under the instruction of a guru, following the six paths for purification is said to be kriya. I have laid down the rules for the varnas and ashramas, and within that, the dharma of good conduct through worship. This is described as charya. If a person follows the path indicated by me, immersing his mind in me and restraining any other kind of conduct, this is described as yoga. O Devi! Purifying the consciousness is superior to many horse sacrifices. It bestows emancipation, something that is difficult for those who are attached to material objects to obtain. Yoga is said to be non-attachment and destruction of former sins, by conquering the category of senses through yama and niyama. Jnana results from non-attachment and yoga follows from jnana. There is no doubt that a person who knows yoga, even if he has fallen, is emancipated. The following activities must always be practiced — compassion, non-violence, accumulation of jnana, truthfulness, avoidance of theft, belief, faith, restraint of the senses, studying, teaching, performing sacrifices for one’s own self, performing sacrifices for others, dhyana devotion towards Ishvara, constant pursuit of jnana and good conduct.”