Invitation to a Chaos 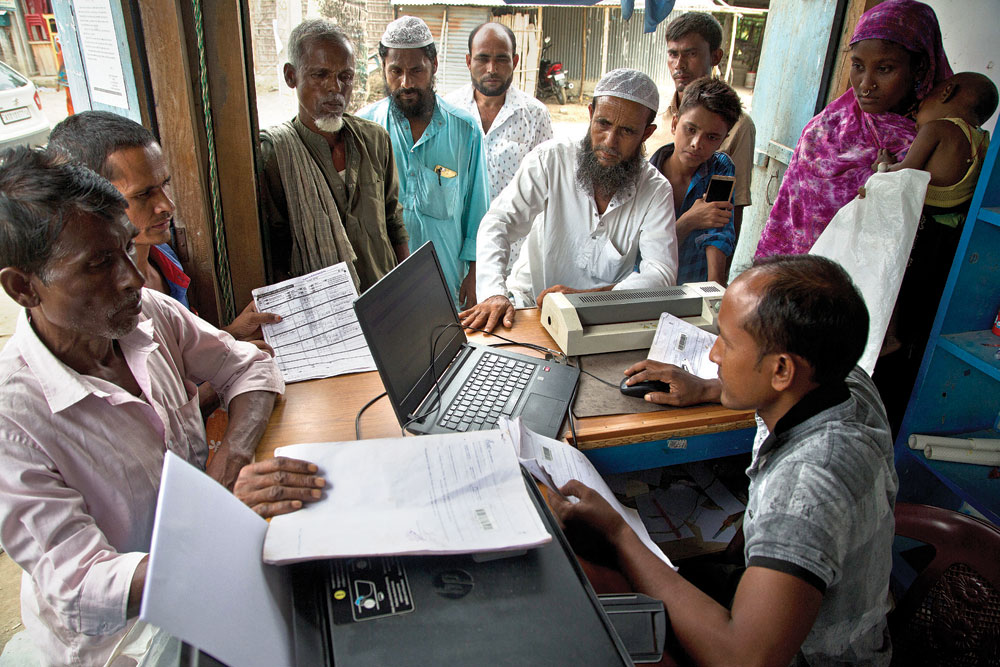 
FOR A MAN obsessed with his legacy, it is surprising Narendra Modi does not see what impact the National Register of Citizens will have on it. He doesn’t need to look far. Images of an enormous detention centre spanning 300,000 square feet being built in Assam should inform him loudly just where this policy is heading. The centre was meant to be the first of many and, should the NRC policy take off to its logical end, you can be certain that a few decades down the line history will be referring to them as concentration camps. It will be the enduring image of Modi when the cultural tide turns more benign, as it always does. This particular detention camp is slated to hold 900. The total number of illegal citizens identified in Assam is 1.9 million. You can do the math on such centres dotting Assam with families and little children imprisoned in them, and the global public relations disaster waiting round the corner.

This week, Home Minister Amit Shah promised in Parliament that the policy will be extended at a national level. Soon after, the Assam BJP said it had failed in the state and so they were for junking the present NRC and joining the rest of India policy when it happens. It is an abject admission because, unexpectedly for the BJP and expectedly for anyone who knows the efficiency of Indian bureaucracy, a large number of Hindus found themselves kept out of the citizenship registry. Assam does have illegal Muslim migrants whose settlement had been encouraged as vote banks, but the BJP now finds a threat to its own vote bank of Hindus with no documentation. And now that the idea has been found to be impossible to implement with any accuracy, they want to expand it across 28 other states. Detention centres all over India would be springing up next to schools and hospitals.

The simple fact is a large percentage of Indians just can’t prove their citizenship because documentation has never been a strongpoint in this country. That was the entire purpose of Aadhaar. A short cut that the Government is now taking to decrease the political cost of NRC is to make people of all religions, except Muslims, citizens through the Citizenship Amendment Bill. Even if illegal migrants, they would get refugee status. Only targeting Muslims would alienate the vast majority of Indians who don’t viscerally hate the community as extreme Hindu right wingers do. Beyond the borders, tens of thousands of detention centres with Muslims would make us a pariah state.

There is the possibility that the Assam experience has made the BJP give up the idea and the national policy is a face-saving announcement they are not serious about. For many who don’t have the documentation, reprieve would be from Indian corruption itself—they would be able to buy their way out of being declared an illegal migrant. In fact, Assam doesn’t have to worry too much about the illegal migrant problem. With Bangladesh growing much faster that India, they would all be returning soon with maybe some Indian illegal migrants in tow.