Nitish Kumar thinks that a delay in Bihar’s election would mean imposition of President’s Rule, which may not be good for him 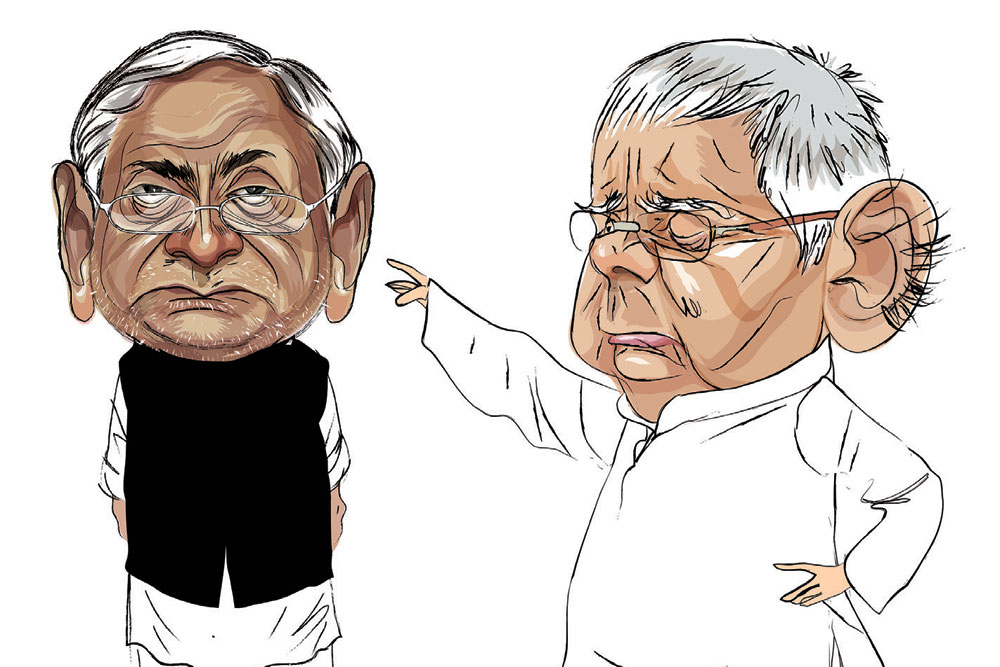 
Both Chief Minister Nitish Kumar and his opponent Lalu Prasad want Bihar’s elections to be held on time. Nitish thinks a delay would mean imposition of President’s Rule, which may not be good for him. And any delay could be disastrous, too, since the real effect of the pandemic could be felt by then. On the other side, Lalu thinks the public mood is very negative against the Nitish government and an early election could get him back in power. What the Election Commission decides will depend on the Covid-19 situation.

With the Supreme Court active in conducting hearings over video, an interesting exchange took place between Chief Justice of India (CJI) SA Bobde and senior advocate Mukul Rohatgi. During a hearing, the CJI noticed a lot of statues in Rohatgi’s background and asked whether he was in a museum. The advocate replied that it was his farmhouse. He had moved there in order to swim daily in its pool. The next day, before another hearing, Rohatgi told his juniors that the CJI won’t be able to say anything because he had changed the angle of the camera. But this time, Bobde asked Rohatgi if he was in an art gallery since there were a number of famous paintings in the background. 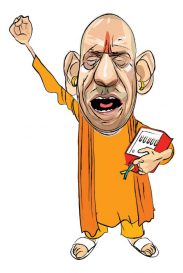 In Uttar Pradesh, several houses have had new electricity meters installed recently. One day, the chief minister’s office (CMO) got a call from someone who said that the meter installed at his place was made in China and the government ought to boycott them. An inquiry was immediately started. The CMO found that the tender bidding had been in the name of an Indonesian company, but actually it was a front for a Chinese one. The government immediately cancelled the deal and is returning and replacing all the meters. Yogi Adityanath clearly senses the public mood about China.

President Ramnath Kovind is said to have kept himself busy during the lockdown by writing about his political journey. He has not yet decided whether it will be an autobiography and, as of now, it is in the nature of personal diaries.

The BJP and Janata Dal (United) will unitedly contest the Bihar election but there is a tug of war over seats. The JD(U) is the senior partner and also has the chief minister’s post but the BJP wants more seats this time—at least a 50:50 arrangement. In 2010, the JD(U) got 143 seats and won 116. The BJP, meanwhile, won 91 out of the 100 it contested. Ram Vilas Paswan’s Lok Janshakti Party also wants more seats. The BJP feels the anti-incumbency factor works against Nitish Kumar and it can do better. Nitish, however, is worried that the BJP will claim the chief minister’s post after the election.

A Point about Age

The BJP continues to maintain that all party members must retire from active politics once they turn 75 but then the principle is not maintained when it comes to certain Government appointments. The Attorney General of India KK Venugopal has now crossed 89 and when his tenure ended recently, there was pressure on the Prime Minister to change him. Especially on the Rafale defence deal case in Supreme Court, there was a rift between Venugopal and defence ministry. But the law ministry gave an opinion in favour of keeping him on. 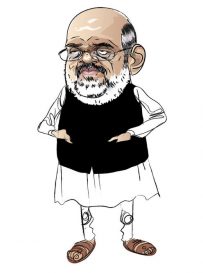 Home Minster Amit Shah went to the LNJP Hospital recently. On arriving, the doctors there started to tell him the rich history of the institution, established by Viceroy Lord Irwin. But Shah was reportedly impatient. He asked them to forget history and return to the present to let him know what was happening in the Covid-19 crisis.

Recently, the Congress Working Committee was discussing the performance of the Modi Government when, suddenly, Rajasthan Chief Minister Ashok Gehlot raised the issue of Rahul Gandhi and requested him to come back as party president. The question people are asking is whether he did this at the behest of Sonia Gandhi. If so, can Rahul return at the helm before the Bihar election?

Manipur is seeing a seesaw battle of politics. It is a BJP-ruled state now but was earlier with the Congress. The National People’s Party (NPP), with which the Congress was in alliance, split and the BJP used it to get to power. However, several NPP MLAs again broke off and are ready to support the Congress. Amit Shah has authorised Assam Deputy Chief Minister Himanta Biswa Sarma to handle the Manipur crisis. There will be a floor test in the Assembly but Shah thinks the situation is in his party’s favour.

A special flight organised by the Government to bring back those stranded in Dubai to Kolkata ran into a peculiar problem that the external affairs ministry did not anticipate. The passengers were told they would be served vegetable cutlets but, even though a popular item among Bengalis, they declined and asked for a prawn dish. It took the foreign secretary to intervene and change the menu.

A Mask for God