Michael Caine: ‘The secret to a successful marriage is separate bathrooms’ 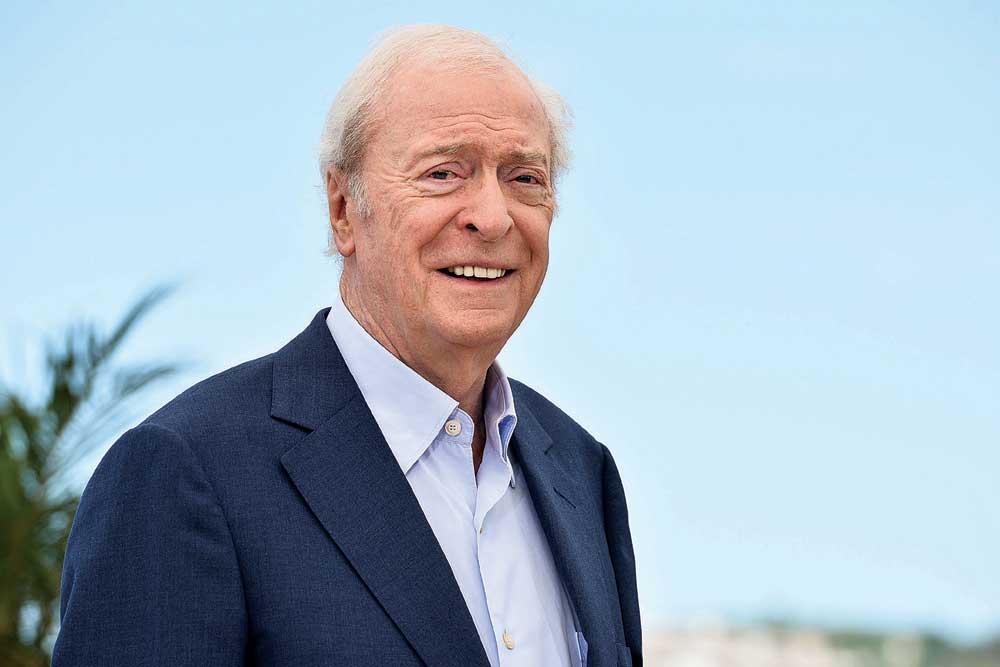 THREE FRIENDS decide to rob the very bank that has blown up their pension funds, leaving them clueless as to how they will pay their bills or look after their loved ones. This is the premise of Michael Caine’s latest film, Going in Style, in which he shares screen time with Morgan Freeman and Alan Arkin.

We meet at the Four Seasons Hotel in Beverly Hills. At the age of 84, Michael exudes an extraordinary amount of charm and politeness.

In keeping with the premise of the film, have you ever stolen anything?

I was living in London with my mother when the Blitz started and we were sent to the country. We were all Cockney boys and we had never seen apples growing on trees. We found out where they came from and started stealing them and then we kept going and our parents would get fined for theft. That is the highest crime that I ever did.

I’ve done most things, but what I do is I repeat things that I have done. I don’t go to new places anymore, and when you get to my age you know when you get magazines there’s always a travel section. I throw it away because you’ve been everywhere.

May I ask how you met your wife?

It was in the 70s and I was out in discos and clubbing with my best male friend. I was single then and running around. One night we decided to stay home and watch television, it wasn’t very interesting, and then a commercial came on for Maxwell House Coffee and there was this beautiful girl from Brazil on it. I fell in love with her and I got all excited and I said to my mate, “We are going to Brazil and I’ll find her.” It was about midnight and I said “Let’s go down to Tramp,” which is a disco, “and have a drink.” We were sitting there and a man we knew came in and said, “Hiya, no girls tonight?” I told him about the beautiful Brazilian girl on television and that I was leaving for Brazil to find her. I told him that she was in a Maxwell House Coffee commercial and he said “We do the advertising for them,” and that “she’s at Fulham Road in London.” I asked him to get her permission to give me her number and she did and I phoned her ten times and she wouldn’t go out with me and now I’ve been happily married to her for 46 years.

What is the secret to a successful marriage?

The secret is separate bathrooms. Never share a bathroom with a woman—never, because you wind up with a little space just for your razor and your toothbrush, everything else is covered. You’ve got no chance at all.

If you could change something in your life, what would it be?

I consider myself one of the luckiest people on earth, but if there’s one thing that I could change it would be to have my father live to see me become successful. When my father died, I was penniless, an out of work actor. My father was a gambler, he bet on horses and he wasn’t rich. I eventually became a success and I bought a house next to the Windsor Race Track and I had my own private gate at the back of my garden which led to the race track and I thought that it was put there for my dad.

You have a new film coming out, Coup d’état. Tell me about it.

Yeah, it’s with Katie Holmes.It’s about a dictator in the islands of South America who gets fan mail from this young American girl and there’s a coup d’état and he is overrun and has to flee, so he runs to her and she hides him in her attic in Ohio. It’s a very weird thing and it appealed to me because it was weird and funny. I play the dictator.

If you had to write your eulogy what would you say?

See you later, no hurry.