Jennifer Lopez: ‘I just had to find my way to be a leading lady’ 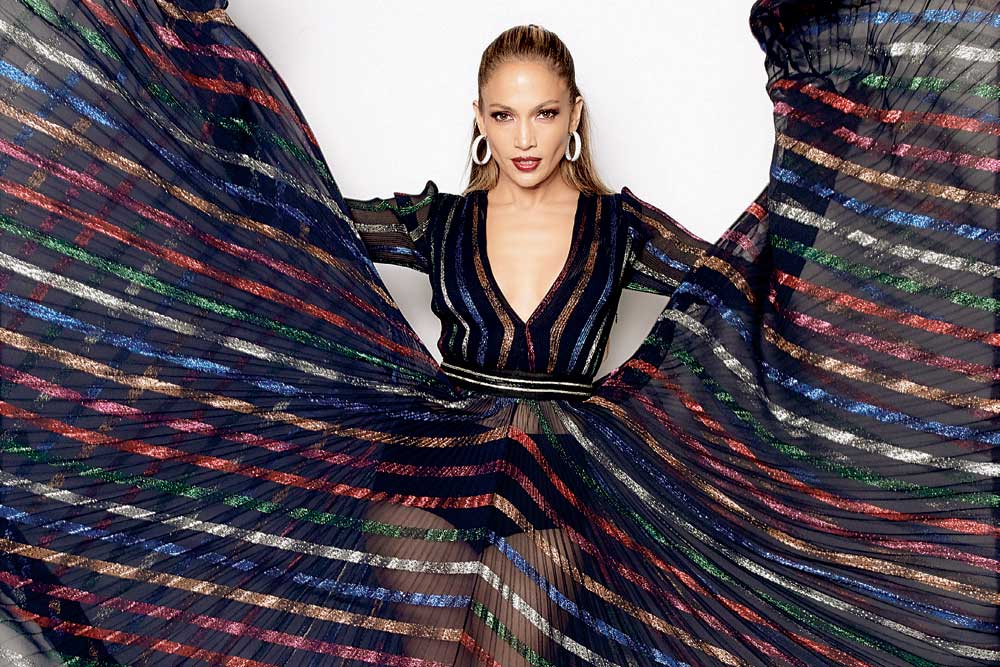 JENNIFER LOPEZ IS many things at once—she’s the first Latina actor to earn over $1 million for a film and the first woman to have a No 1 album and a No 1 movie in the same week. She will soon be seen in the film Second Act directed by Peter Segal. Lopez plays Maya, a store worker who is frustrated over her unfulfilled dreams and uses her street smarts to reinvent herself and conquer Madison Avenue, thus giving herself another shot at success.

If you had a second act, what would it be?

There are probably 7,000 things that I’d want to do. But I want to direct soon. I find myself heading in that direction. I am quite content with what I’m doing now, so I suppose it would be the same thing that I am doing now. I would like to have more time, but that is of my own doing. I can do that whenever I want, I guess.

Would you include marriage in your second act?

For sure. I have been married three times. I was married to Marc Antony for ten years; it was good, but it didn’t work out. But it did not destroy my vision of marriage. Because of the way that I was raised, I always thought that when you fall in love with someone, you get married and try to have a life together. I learned along the way that is not how it works, it takes more than that. And so you must choose well and there’s a lot of different things. I love the idea of growing old with someone and being committed to him.

Given your various commitments, including motherhood, how do you find time to keep so fit?

You just have to make time. We make time for what we want to make time for, and sometimes I don’t want to make time to go to the gym, but I force myself, and if I don’t go I don’t feel good about myself. I don’t overwork. I work three, sometimes four times a week and obviously I’ve done my show the past three years and that’s kept me in great shape and that is a two-hour, very demanding, high-cardio, intense workout. But yeah, I can find three hours in a week to do what I want to do for myself to feel good about my body and my mind.

Through hard work and determination, you’ve achieved what you set out to. Where do you get the strength from?

My strength, to be honest, comes from my mother. My mom grew up in a generation where women were emancipating themselves from the traditional woes of getting married at 20 and having kids. That is all that you could do and she didn’t want that for us. She wanted us to go out and work and she always told us that we could do anything that we wanted to do if we worked hard, we could have the same jobs that men have, and that is how we were raised. So all the credit goes to my mother for setting me on the right path.

Was it easy for you to get a foothold in the industry?

I think being a Latina in this business is a huge challenge even today, even though we see a lot of Latin actresses who are having a lot of success, which I love seeing. But when I first started 20-25 years ago, it was not like that and those who were working were playing stereotypical roles. They were caricatures of what Latin people were and they were not considering people like me for roles other than these. And that was a place I had to break through. I just wanted to be the girl in the movie and I didn’t want to be the Spanish girl who is the friend over here, or the maid, even though in one of my biggest movies I played a maid (Maid in Manhattan, 2002). You know what I mean, where you are the protagonist and it doesn’t matter what nationality you are. Another battle was the image of magazine models. They were all tall, size zero, and I was not like that. I just had to find my way to be a leading lady.

When you look back at your career what do you see?

I have grown as an actress because life’s experiences have made me a different person now. I have kids and gone through a divorce and a lot of stuff that has changed my way of life and my thinking and my emotions and depth of understanding of the world. So, all this makes you a better actress at the end of the day, the understanding of people and their behaviour.