Gary Oldman: ‘The Churchill I saw was dynamic and had a lust for life’ 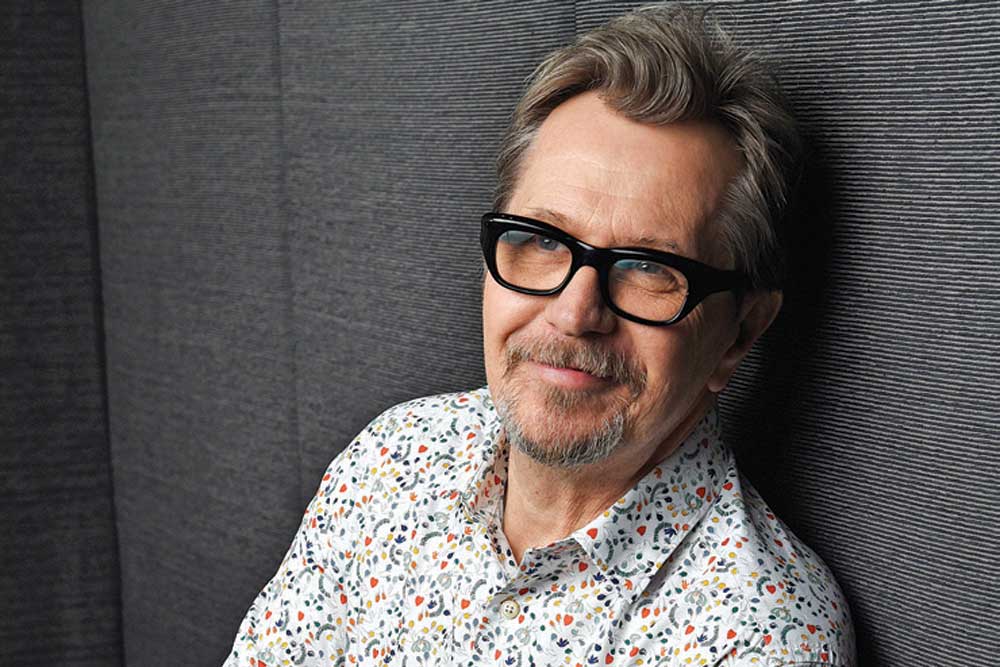 WORLD WAR II is raging across Europe and Winston Churchill is the newly elected prime minister of Britain. The German army is unstoppable, having just invaded France, and it is a matter of time before Hitler’s forces cross the English Channel to occupy England. Does London negotiate a peace treaty with Nazi Germany or stand firm for the principles of liberty and freedom? These are the questions confronting Churchill in Darkest Hour, starring Gary Oldman, who plays the prime minister. Oldman has won numerous awards for his performances, including a Golden Globe for his portrayal of Churchill. We sit down to talk in a room at the newly opened Waldorf Astoria Hotel in Beverly Hills.

In your research for the role, what did you learn about Churchill?

Well, he is really incomparable. I guess you might liken him to Lincoln in that respect. We don’t know what kind of a president Lincoln would have been in peace time, because history decided that. But in my learnings of Churchill, you are looking at a man who wrote 50 books. He wrote more words than Shakespeare and he won the Nobel Prize for Literature. He painted 544 paintings and had 16 exhibitions in the Royal Academy. He has over 50 years in politics, he was commended in four wars. The list goes on and on. He was a conservative but was also a liberal. He set up a lot of the social safety nets that we now enjoy; t-boats for the workers, the employment exchange—he was such an extraordinary man and he was the man who saved us from Nazi Germany.

How did you prepare for your role in Darkest Hour?

I went through the material, it is voluminous and you would need a whole other life just to read all the biographies and indeed his own work, which are 50 very large volumes. When I was asked to do it, I initially turned it down because I thought, ‘What can I do with the part that is new?’ You are not asked to walk in the shoes of this great icon and arguably the greatest Briton who ever lived, but then you are also walking in the shoes of all the other actors who have played him over time. But I would close my eyes and try to imagine Churchill and I wasn’t sure if I was imagining or whether I was sort of contaminated or influenced by the other people who have played him. And so, I put that aside and went on to the reading material and, in particular, the news footage of him. And he has been represented as a bit of curmudgeon, an old guy sort of shuffling around in a bad mood, smoking cigars and chugging back whisky. And the Churchill that I saw, certainly in this time period of the footage, was this man who was dynamic; he had a lust for life and was enjoying the position of responsibility he was in. He was marching ahead of everyone, moving through space with this fixity of purpose, a man on a mission.

What did you find surprising, if anything?

Churchill did look like a baby and he had a cherubic round face with a real sparkle in his eyes and a grin on his lips and that was somewhat of a revelation to me. You think of this man who was 65 and who had led an extraordinary life up to that point and has had successes and failures. But the dynamism of Churchill was there, and it was also on the page. I tried to soak it all in like a sponge— the way he turns a page, the way he uses his hands, the gestures, and they way he addresses a conference and a gathering. So, you just try and take all these pieces. Playing a character is a bit like putting on a new pair of shoes— it all feels a little bit uncomfortable at first, and then you wear it in and then it almost becomes a part of you.