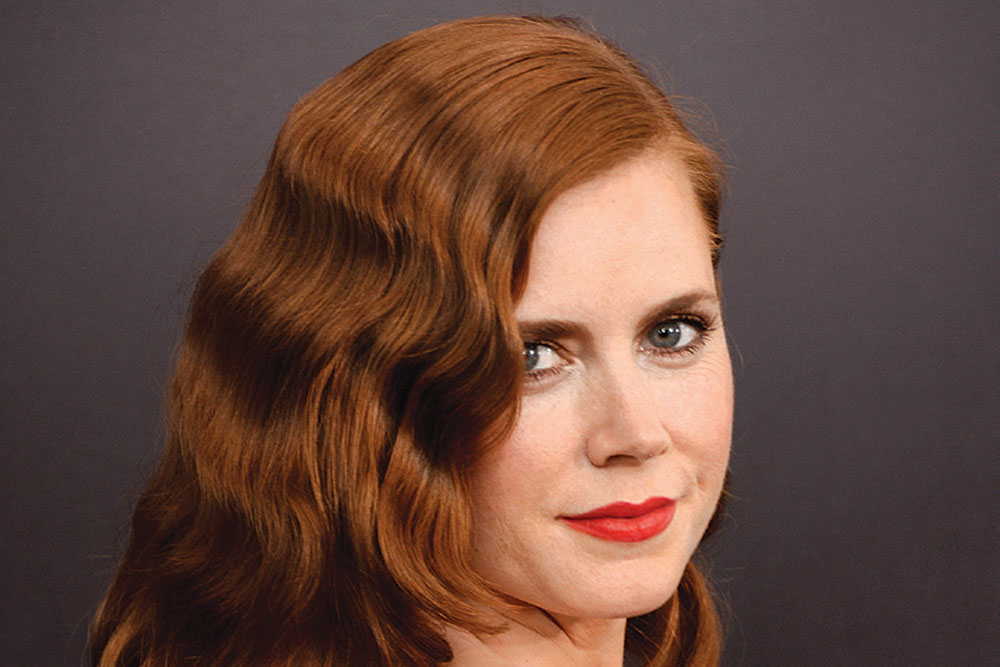 AMY ADAMS IS yet another example of an actor floating between the large and small screen. She plays a troubled journalist in the gritty series Sharp Objects on HBO in which she goes back to her hometown to investigate and uncover two unsolved murders and is in the process confronted by her own demons and a fraught relationship with her mother.

In Sharp Objects, the mother and daughter seem allergic to each other. What is your relationship with your own daughter?

I try to be the perfect mother, but a friend told me if I’m perfect my daughter would go into therapy because I was too perfect and she would never live up to it. So you just go for it, especially in a mother-daughter relationship.

Again, you are a parent and you enter the grisly world of murder and violence in the series. How difficult was that?

It was hard to live inside this world of violence and the violence that women execute against one another not only physically but also emotionally. It sort of made me examine myself as a parent for sure, but it is always hard to step away. Unfortunately, the news is almost as grisly as the show. So, it’s something we are all dealing with and find a way of stepping away from and raising our children with hope and optimism.

Congratulations on the best actress Critics’ Choice award. Do awards put pressure on you and influence your choice of roles?

No, I tend to be the type of personality who puts a lot of pressure on myself anyway. All the accolades give me confidence, but in the same way it creates a pressure I put on myself to try something different. And as I’m maturing I’m letting go of that a little bit and enjoying what I get to do without that sort of internal pressure. But I wouldn’t be where I am today without nominations and awards. I think it has made a huge difference in my career because I got a late start. So, awards brought attention to the roles people wouldn’t have paid attention to otherwise.

Do you carry home the heavy dark material you deal with all day?

I have insomnia, so I wake up and sometimes there’s a residual effect of it. But I think it becomes important to me at some point in my career to try and leave it on the set. I’ll come home and make dinner or do homework—something normal, something that gets me back into my own skin. I don’t have any nightmares, maybe because I have watched so many crime shows on TV. They are more insomnia inducing, to be honest. So I’ll just get up and be filled with anxiety and not know where it is coming from. The character I play is not my anxiety—it’s my character.

There is a lot of anxiety in Hollywood since the MeToo movement. When the dust has settled, what kind of Hollywood do you envision?

Well, the roles Hollywood plays of setting an example for other industries and in supporting women in other industries are what I am more interested in. And hopefully we can continue to create a platform for women: the legal defence fund is something I am passionate about and allowing women a voice and a safe environment to come forward. And that’s what I hope continues.

Would you agree there is a fine line, as far as accusations go?

If somebody feels violated, then someone at least needs to atone for that person’s experience, but I’m hoping people will have a clear understanding of the boundaries set in place. And I am not hoping just for Hollywood, but for the farm workers who have stood in unity with the TimesUp movement. I’m hoping that for other industries. I’m hoping that for teachers.