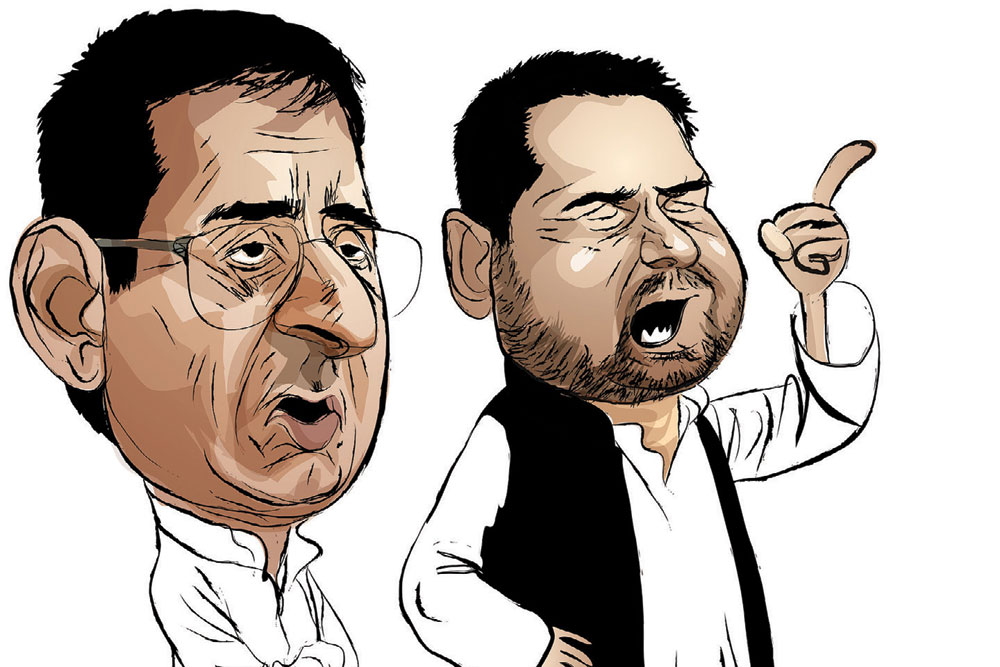 
An interesting aside in the recently held Bihar elections was that many people from Haryana trooped in to help the Mahagathbandhan. There was Sanjay Yadav, Tejashwi Yadav’s main campaign manager who hails from Haryana and whose friendship with Tejashwi goes a long way back, even to the time when the now rising leader was pursuing a career in cricket. When Tejashwi became Bihar’s Deputy Chief Minister some years ago, Sanjay served as his Official on Special Duty. Then there was Anushka Yadav, Tejashwi’s sister, whose father-in-law, Ajay Singh Yadav, a former Congress minister in Haryana, came to Patna to assist in the campaign. And finally, Congress leader Randeep Singh Surjewala who was sent from Haryana to serve as the party’s campaign manager.

Although by all estimates we are still some time away from getting a Covid-19 vaccine, this did not come in the way of political parties using it in their recent election campaigns, both in the US presidential election and in Bihar. While Donald Trump claimed he was close to getting the vaccine, the BJP promised residents free vaccination in its Bihar election manifesto. Several opposition parties complained. But when the Election Commission did not entertain the complaint, even the Congress and the Rashtriya Janata Dal began promising free vaccines.

Although the number of young voters who registered for the elections in Bihar this time saw a sizeable drop—according to the Election Commission, the number of voters under the age of 30 decreased by 12.4 per cent—this constituency still remains big. This time, 11.17 lakh first-time voters had registered. Unsurprisingly, every party has tried to woo this segment of voters. So when the RJD and the Congress promised 10 lakh new jobs in their manifestos, the BJP upped the ante by promising 19 lakh jobs. And what did the Lok Janshakti Party’s Chirag Paswan do? He claimed that because he had given tickets to 30 individuals below 40, his was a genuine youth-oriented party.

After the Supreme Court verdict in favour of building a Ram temple in Ayodhya, a lot of people expected a grand Diwali celebration in the city this year. But Prime Minister Narendra Modi, wary of the pandemic, has forbidden it. He’s instead pushed for the entire festival to be done virtually. So on Deepotsav, where a total of 5.51 lakh earthen lamps will be lit in the city, a web portal will livestream the festival. There will also be a portrait of Ram Lalla on the website and devotees will be allowed to light virtual lamps. Modi will be there too, participating virtually.

It looks like Maharashtra Deputy Chief Minister and Nationalist Congress Party (NCP) leader Ajit Pawar might be in trouble again. The Enforcement Directorate is believed to have begun fresh investigations into allegations that a sugar mill was sold by the Maharashtra State Cooperative Bank when Ajit Pawar was its director to a relative at a huge discount. The top NCP leadership believes it is politically motivated and part of a conspiracy. Everyone’s eyes are now on Chief Minister Uddhav Thackeray. Will he agree with his allies or let the law take its own course?

When US Secretary of State Mike Pompeo came visiting in October, the Home Ministry and the National Security Advisor are believed to have shared a list of 18 terrorists, all of them Pakistan-based fugitives involved in terror strikes in India. Pompeo is believed to have assured that the US would take action. Now that a new dispensation will be sworn in, what will their reaction be? According to the grapevine, US President-elect Joe Biden is more inclined to resuming peace talks between India and Pakistan. But Prime Minister Narendra Modi is known to be firm that Pakistan must act on terrorism before dialogue can resume. Minister of External Affairs S Jaishankar and Foreign Secretary Harsh Shringla will no doubt have to burn the midnight oil to push India’s interests. 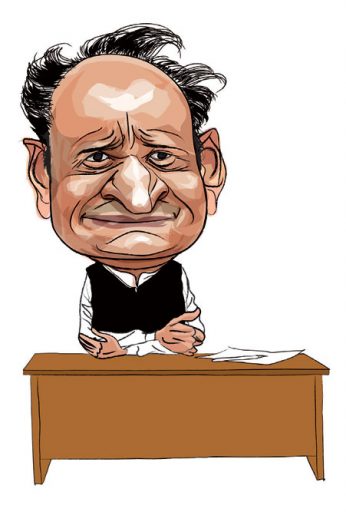 It is usually the Centre that makes recommendations to state governments. The roles were reversed when Rajasthan Chief Minister Ashok Gehlot wrote to Union Home Minister Amit Shah recently asking him to ensure the implementation of the ‘free registration policy’ for FIRs, that his state introduced, across the country. According to this policy, it becomes mandatory for the police to register FIRs for any cognisable offence. Now, complainants cannot be turned away.

US Vice President-elect Kamala Harris is known to be passionate about India. She is believed to have communicated to Indian officials that she is keen on working on climate issues in India and the neighbourhood. She writes in her book that when she visited Delhi, she went to see the Supreme Court. Apparently whenever she visits a country for the first time, she always tries to visit its highest court. The Centre is obviously interested in building a deeper relationship with her, and foreign minister S Jaishankar, a Tamil himself, has been silently working on it for some time.