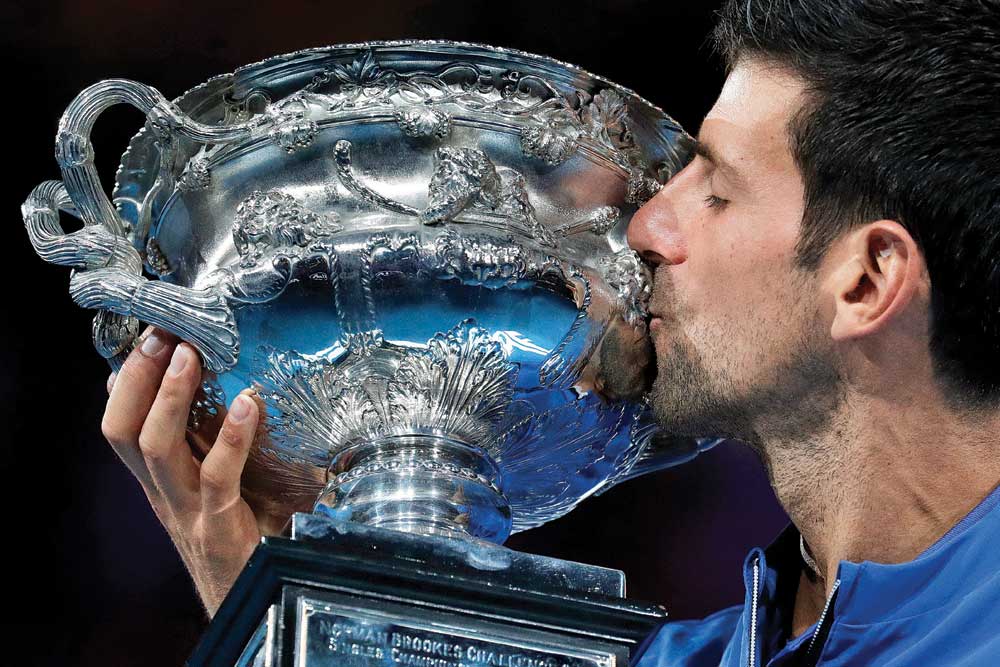 WHAT MUST IT have been like to be in Pete Sampras’ shoes, or slippers, or whatever else he chose to wear on his feet as he walked about his Californian crib, moments after the Australian Open men’s final ended on January 27th? Of late and due to the incredible nature of the era that succeeded Sampras’, I’ve found myself often thinking about the man and his legacy and second- guessing what the man thinks of his own legacy.

It was, then, only natural that these thoughts of Sampras and legacies were the first thoughts to cross my mind as and when Novak Djokovic cuddled his 15th Grand Slam trophy—one more than Sampras—and here I assumed that Sampras too, at that very moment, was thinking (or ought to be thinking) along the same lines. And because this is Sampras, he must’ve hunched his shoulders and lowered his eyelids and rather inadvertently his tongue would’ve wiped his lower lip as his pensive mind flicked back and forth in time.

When Sampras left the sport in 2002—holding above his head a US Open trophy on the night of his retirement— he perhaps would’ve thought, and forgiveably so, that his stack of 14 Grand Slam titles had the foundations and the size and the aura to be the ultimate structure of superiority in men’s tennis for some generations to come. The previous record of 12 majors, held by the king of the invitational era, Roy Emerson, had after all spanned a third of a century and was surpassed only by a man with the rarest combination: Sampras had Borg’s head and McEnroe’s hands.

On that night of Sampras’ farewell in New York, in his wake and to his right, stood Andre Agassi, the only foreseeable challenger to the all-time Grand Slam count. But at 33, Agassi was a year older than the retiring Sampras and seven titles shy of going one better, so the chances of him ending his career with a better Grand Slam tally was as unlikely as it being any of the younger major- winners on the horizon. Marat Safin, who beat Sampras on this very stage to win US 2000, was gifted but lacked the temperament; Lleyton Hewitt, who also beat Sampras on this stage to win US 2001 (and then doubled his major- count at Wimbledon 2002), had the grit but not the gifts.

“And surely,” I imagine Sampras to have thought to himself as he walked off a tennis court for the last time, “it cannot be that kid named Roger Federer.” Federer had beaten Sampras in the fourth round of Wimbledon 2001 and was immediately heralded as the heir to Sampras’ throne, only for him to promptly lose in the next round to Tim Henman. And worse, he was shown his place in the first round of the following Wimbledon to Mario Ancic, who beat Federer in straight sets, two months to the day before Sampras won Slam No 14 and floated away into New York’s skylined sunset.

But, and there’s a but, all of seven years after his retirement, Sampras was invited to take a seat in the Royal Box at Wimbledon in 2009, where he was made to witness, first-hand, Federer win his 15th Grand Slam title. When Federer went past him that day, Sampras was still in his thirties. Then, in 2017, still in the heart of the first era since Sampras’ exit, Sampras was left behind by Rafael Nadal. And all of seven Grand Slam tournaments after Nadal, Djokovic whooshed past Sampras in Melbourne last Sunday. So, I ask again: that evening, what did Sampras think when he thought of his own legacy?

THAT EVENING, what must it have been like to be Roger Federer? He had come into this year’s Australian Open as a two-time defending champion, having extended his Slam count to 20 on the wrong side of his thirties—a passage of his life that was made even sweeter as it directly coincided with the fall of Djokovic, a man who had, between 2011 and 2016, threatened to take the GOAT tag away from Federer. On three out of the four occasions Federer reached a Slam final in this period, he ran into Djokovic and each time he lost.

Djokovic and Federer have, ostensibly, spent their careers on the opposite seats of the same seesaw. In 2010, the season when it was all but proved that Djokovic’s only major (the Australian Open in 2008, where he beat Federer in the semis and Djokovic’s mother, Dijana, declared that “the king is dead”) was a fluke and a one-off, Federer had won 16 Grand Slam titles. But over the next six years, Federer won only one major to Djokovic’s 11; and Djokovic had also achieved something even Federer hadn’t before: holding all four Slams at the same time.

In this Australian Open, however, both Federer and Djokovic entered the fray as equals and favourites. Federer had won the last two Australian Opens; Djokovic had won the last two Grand Slams. Federer came in with six Australian Open titles, and so did Djokovic. But in the fourth round, Federer lost to a young Greek kid named Stefanos Tsitsipas, who in turn was hammered by Nadal, who, according to the vanquished, “was playing at a different dimension to any other player I played in this tournament”.

Tsitsipas wasn’t done praising Nadal. Or hurting Federer. “He has this talent that no other player has,” he said. “I don’t know, I’m just trying to think how Federer beat Rafa.” In that press room in Melbourne, Tsitsipas could’ve sworn that Nadal had already won the trophy, who had made the final without dropping a set. But Nadal didn’t just lose to Djokovic, he was humiliated, losing his first ever Grand Slam final in straight sets. Only for a moment, then, spare a thought for Federer, watching this final on his cutting-edge television somewhere in a glass house in Switzerland or perhaps even in a luxury condo in Dubai. Federer had waited about half a decade for his second wind, resulting in three Grand Slams over two years. Then, from the sidelines, he watched Djokovic recover from his fall in the space of two years and win his third Grand Slam in the last seven months. That day, what must it have been like to be Federer? And that day, what must it have been like to be on court like Nadal?

BEFORE LAST week, Nadal’s two most devastating defeats on a tennis court had both been caused by Djokovic. At the French Open, where he has won 111 out of the 113 matches he has played in his life, Nadal lost a quarterfinal to the Serb in straight sets in 2015. And in 2012, here at the Australian Open, the Spaniard had battled for nearly six hours in the longest Grand Slam final of all time, where rallies frequently crossed the 40-stroke mark, to no avail. Last Sunday, however, put both those soul-crushers to shame.

In the first set, Nadal won one point on Djokovic’s serve. One. And at one stage in the second set, Nadal did latch on to a drift of rhythm and checked Djokovic with a vicious body serve and Djokovic leapt evasively in the air. But the blow pounded into Djokovic’s angled racquet and screamed past a stunned Nadal for a return winner. Such was this miserable Nadal night, which ended in a shade over two hours. Such was this awesome Djokovic night, which ended when he caressed his record seventh Australian Open trophy like a new-born child and into a tall microphone he said: “Well, I’m speechless.” 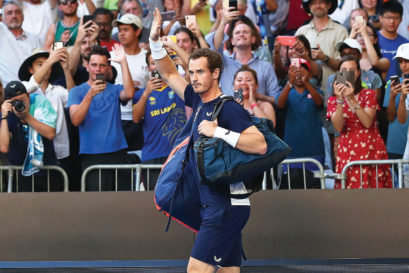