Ball-Tampering: Is It Such a Big Deal?

If ball-tampering is a crime in cricket, then it is a pardonable one 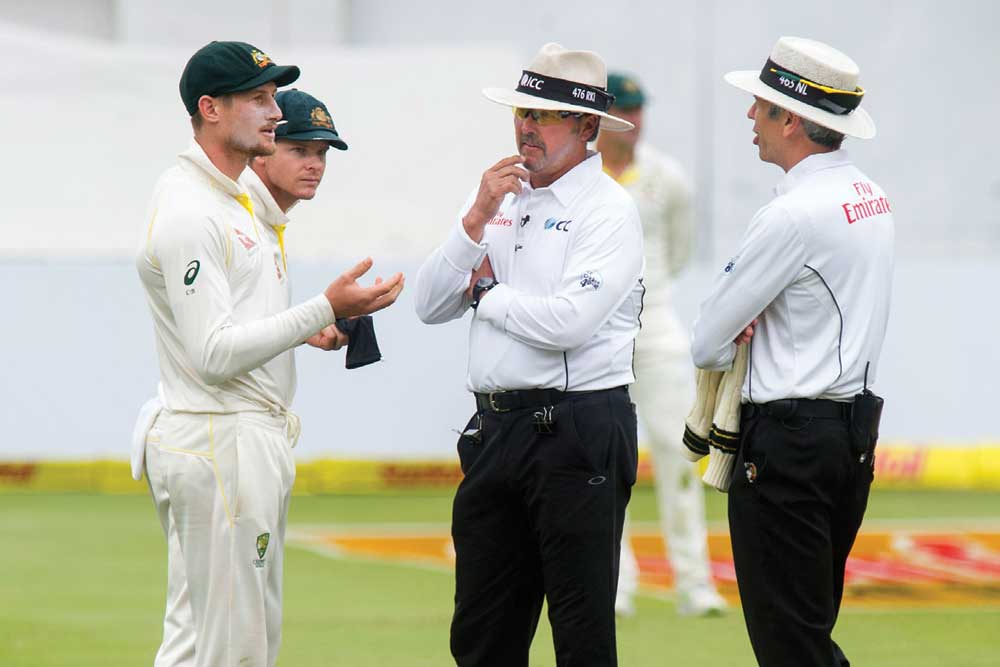 NOTHING STIMULATES THE Indian media quite like a cricket scandal. Still, despite great precedence of past arousals, the Australian Test team’s indiscretions in the Cape Town Test had an unprecedented effect on mainstream Indian news; it synchronised voices across leanings on the political spectrum. A quick recap of March 24th: Cameron Bancroft was caught ball-tampering by broadcast cameras, leaving captain Steve Smith with no choice but to admit to the charge in a press conference afterwards.

During the ripe hour of television prime-time on March 26th, Monday night, the country’s most popular news anchor looked unblinkingly into the camera and said: “Let Australian cricket go to hell. I will not allow these cheats to play in my team.” My team, or, the franchises in the Indian Premier League, a tournament whose eleventh edition will begin within a few days. The anchor was not alone in taking it upon himself to smack his gavel at the Australian cricketers, or, as his channel called them, ‘#AussieCheats’.

In an online portal that wouldn’t share its views with the anchor and his channel on any other topic, one columnist wrote: ‘Let Smith be banned for at least as long as Mohammad Amir was: Five years is just and fair, commensurate with the magnitude of the offence.’ The writer then went on to hand out two-year bans to the senior members of the side, before adding: ‘If you tamper with the ball, we will tamper with your team.’

Mohammad Amir, Pakistan’s terrific left-arm seamer, who, incidentally, has returned to playing international cricket, was convicted (he spent time in jail in England) for spot-fixing—accepting money to perform dishonestly. Comparing Amir’s crime to that of Bancroft’s— who used sandpaper to scuff up one side of the ball to enhance its swing—borders on the ridiculous.

They won. The shouting masses won. On March 28th, Smith and his deputy David Warner were banned from international cricket for 12 months (and were promptly banned from the IPL), while Bancroft received a 9-month suspension.

Bancroft tampered or prepared the ball, a smoking gun previously found in the hands of offenders such as Sachin Tendulkar (Port Elizabeth 2001, caught digging his nail under the seam) and Rahul Dravid (Brisbane 2004, caught rubbing a cough lozenge on the shiny side of the ball).

ESPNcricinfo’s Brydon Coverdale explained the severity of the ball-tampering offence best when he wrote: ‘In the ICC’s Code of Conduct it is ranked as the same level as making a seriously obscene gesture, and is less grave than intimidating an umpire. The maximum penalty is a fine and suspension for one Test.’ The article wasn’t a vehicle to justify the actions of his countrymen. In fact, he went on to tell us just why the team’s premeditated act shouldn’t and didn’t go down well with Australia’s sports-loving masses. ‘Rightly or wrongly, our sportspeople have historically stood on pedestals far greater than any other members of our society,’ he wrote. ‘And the primary obligation the public asks in return is simple: don’t cheat. Don’t abuse our trust.’

If the suits who run cricket have the game’s best interest in mind, they will legalise tampering. It isn’t a popular opinion, but endorsed by former pacers of rich pedigree: Allan Donald, Richard Hadlee and Imran Khan

Ball-tampering—or modifying the pre-existing condition of the ball—is, in my humble opinion, akin to smoking marijuana in this country: an act widely committed but considered a crime only because the authorities are too nervous to see its benefits and legalise it. In a Test match, fielding sides maintain a ball from the get-go in anticipation of swing, which is another way of saying they polish one side of the ball with natural resources (sweat and saliva) while allowing the other side to roughen up by natural means (contact with the pitch and the outfield). By tampering the ball, the fielding side reduces the time in which the ball starts swinging and the amount of swing on purchase.

When Bancroft scuffs up one side or when Dravid shines the other with a cough lozenge, the ball is bound to swing more drastically than it would if it had aged naturally with legal guidance, as the differential between the shiny and rough sides has been deliberately increased. But the laws of physics ensure that the tampered ball cannot travel faster through the air than a normal ball (in fact, it moves slower thanks to heavier eddie currents). Extra swing isn’t a magic potion either—an average bowler is not going to bowl any better with a prepared ball than he would with an unprepared one. But arm an average batsman with a fat bat and watch how he instantly hits the ball further than he ever had before, his mishits off fat edges often carrying beyond the boundary ropes. Isn’t that a far graver crime in a sport that is essentially a contest between bat and ball?

If ball-tampering is a crime in cricket, then it is a pardonable one. Is tampering a crime at all if the same sport allows a batsman to swap his bat for a better one to counter the same, unchanged ball—at any given point in his innings and on as many occasions as he chooses to do so? It cannot possibly be a crime in a sport that allowed, until very recently, bats the size of oak trees and never considered it a skew. How can tampering be penalised in a sport where there is no regulation on boundary ropes or just how far they can be drawn in to assist sixes? And then they say cricket is a contest between bat and ball. Don’t believe them. They are either batsmen or suits or liars and sometimes the three are one and the same.

If the suits who run cricket have the game’s best interest in mind, they will legalise tampering—and give the act a less reprehensible name. It isn’t a popular opinion, but—and perhaps, hence—the right one, endorsed by former fast bowlers of rich pedigree: Allan Donald, Sir Richard Hadlee and Imran Khan.

In a 2009 interview, Donald said: “The ICC would shoot me for saying it, but with the wickets that we play on and the dying breed fast bowlers are becoming on these flatter wickets, I would say we need some sort of defence mechanism, something to fall back on to say, ‘Right, we can do this. We can now prepare this ball to go’.”

If Donald focused on why cricket needs to legalise tampering, Hadlee explained how they could mould the rules around it. “As long as the bowlers and fielders use whatever means they have on their persons, I don’t see anything wrong with it,” Hadlee said. “I’m talking about the use of a finger nail to scratch the ball, not bottle tops or those sorts of things.” Simple and logical. But in this day and age, where popular opinion is either black or white and nothing in between, what chance does a sliver of grey have?