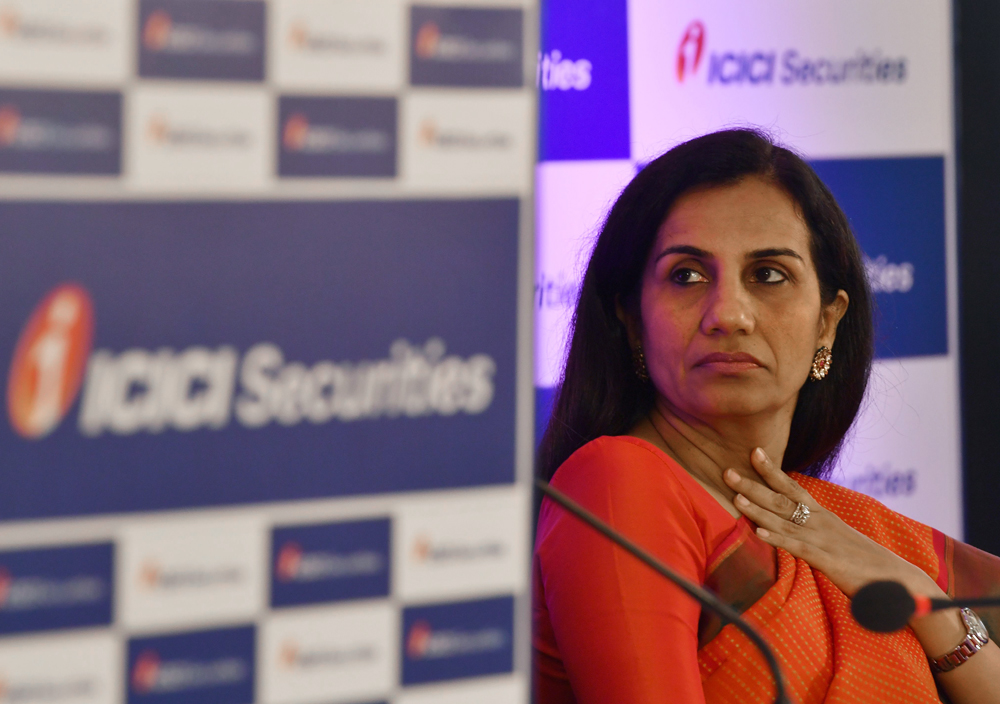 Over the last four-five years we have been witness to many instances of trusted people or brands falling short of ideal behaviour: be it Narayana Murthy, who we all admired as growing up; or Ratan Tata, who was the epitome of trust; or even Maggi Noodles, which had an emotional connection with Indians that went beyond food; or most recently Chanda Kochhar, who is known for her business acumen, helped the leading private bank she heads through episodes like the global economic crisis and inspired many women to pursue their professional dreams yet have a fulfilling personal life.

Given my profession, as a reputation manager I have keenly followed these episodes and have expressed my opinions publicly too. What’s the typical trend?

An episode starts brewing slowly→media starts covering it→people start following it closely as the interest and emotional stakes rise given the personalities/brands→quickly enough the issue starts trending on social media, with many exploiting the trend even for personal gain or to be seen as a part of the conversation→and soon it becomes people’s voice and public opinion.

This public opinion (often times not based on facts but simply on social conversations) then puts pressure on authorities to act in a certain manner which may not be rational. It not only influences the decision-making process but more importantly impacts lives; many of us fail to even recognise the latter consequence. As a society, we are at a worryingly low level of empathy.

Most of these personalities have spent years building businesses and have received huge appreciation for their contributions. Some are known to have set the base for India to be known on the global stage for her capabilities and mind you, this would not have been easy for those leaders. What appears to us as business as usual meant them making multiple personal sacrifices. Be it missing out on major milestones when their children were growing, not being able to attend to their aging parents, losing out on precious time with their spouses or simply even having any time for themselves.

Many of us may argue that it is a choice they make for fame, money and success; yet, that does not give us (the public at large) the right to judge them or make personal remarks, which damages them personally. Public trials are truly dangerous. They are not based on facts. They are simply based on herd behaviour. And more often than not once we have forgotten the episodes of lapses, we go back to being deferential to the same person without realising that in the interim we have permanently damaged the person’s self-esteem.

For instance, recently I connected with a few industry professionals to understand their thoughts on the ongoing episode in Chanda Kochhar’s life. What worried me is that few had any details of the case—their opinions were coloured just because regulatory authorities were involved. Unfortunately, they carry their ill-informed opinion into their social and professional conversations and also in their social media commentary. This in turn further influences the opinions of many others.

Similarly, during the Ratan Tata-Cyrus Mistry episode, I had carried out a similar exercise and the reality was no different. No one had any clue of what had happened but everyone was in a hurry to pass a judgement and carry out character assassinations.

During the late 1970s, researcher Lee Ross performed some eye-opening experiments. In one experiment, the researcher had participants choose a way to respond to an imagined conflict and then estimate how many people would also select the same resolution. They found that no matter which option the respondents chose, they tended to believe that the vast majority of other people would also choose the same option.

In another study, the experimenters asked students to walk around their university campus carrying a large advertisement that read ‘Eat at Joe’s’. The researchers then asked the students to estimate how many other people would agree to wear the advertisement. They found that those who agreed to carry the sign believed that the majority of people would also agree to carry the sign. Those who refused felt that the majority of people would refuse as well.

The results of these experiments demonstrate ‘the false consensus effect’. No matter what our beliefs, options or behaviours, we tend to believe that a majority of people agree with us and that leads to the formation of a prejudiced narrative.

In this fast-paced world of digital conversations, these biased narratives may make us a part of a conversation and help us fit in but we do not understand how terribly our less-informed judgements negatively impact others’ lives. Here are three examples:

1. A CEO I worked with was told to leave their organisation overnight. Even as investigations were on, a ruthless media coverage impacted his son so terribly that he refused to go to school and had to be taken to multiple counseling sessions to overcome the shock based on what the ‘world’ said about his father.

2. Another CEO chose to leave his employment to pursue entrepreneurial dreams. Peers, subordinates and his social circle were quick enough to judge that he was sacked and he did not choose to leave. Result: Two years of depression and loss of confidence to face the corporate world. He packed up and went back to settle in his hometown.

3. A colleague and a dear friend was once part of a coterie known to be indulging in vices. Today she is a successful leader who has come up the ranks through her merit and has crossed the usual milestones of marriage and motherhood along the way; yet her earlier years haunt her and people make sweeping statements about her character.

Public trials without facts hurt sentiments, mar confidence, kill the zeal to do better and most importantly, permanently damage the self-belief of an individual. I am not saying don’t put people on trial even when we suspect a deviation but let the investigating agencies do their job. Your constant statements and coloured opinions not only incorrectly influence the process but more importantly, emotionally shake the subject in question. Then be it roles models like Chanda Kochhar, Ratan Tata, Cyrus Mistry, Narayana Murthy, Vishal Sikka, or your ‘go-to’ food brands like Maggi Noodles, or commoners who lead a simple life—all fall prey to prejudgment. Empathy is all one needs.