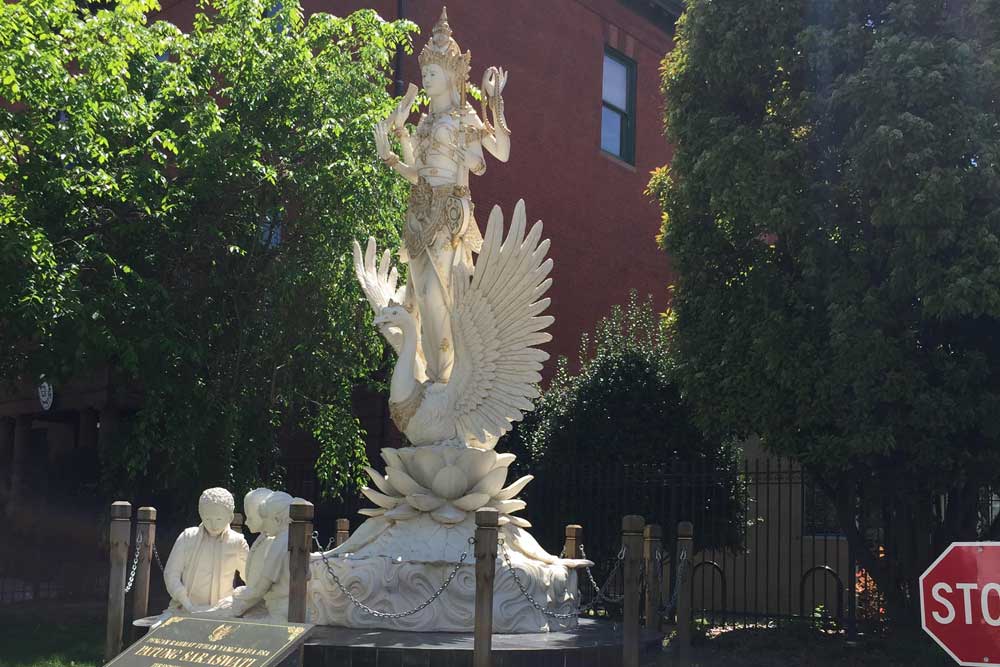 Water is called the universal solvent as most substances can dissolve in it. Historically, India has the same quality of assimilation when it comes to matters of faith. What was ParaBrahman, the Supreme Power, inscrutable and esoteric expanded, simplified and grew into thirty three million divinities. This was within the indigenous population, a faith named Hinduism and defined mainly by Max Mueller and his ilk. The thirty three million gods and their followers were quite content to be free of organization. For both parties faith was all that mattered.

Buddhism, Jainism and Sikhism were the direct result of badly needed reform within the mother “Hindu” faith. In fact the Prince Gautama turned Buddha was considered to be an avatar or incarnation of Maha Vishnu by some. Mahavira, the founder of Jainism got no such elevation.

The Parsis were immigrants to this land. It is said that when the Parsis first came to the Indian shores, the then king of Gujarat sent a glass full of milk to their ship symbolizing that the land was full with its own faiths. The Parsis put sugar in the very same glass of milk and returned it to the king, suggesting that they would add sweetness to the situation, something they have adhered to. A cursory look at the altruism that Parsis are famous for, will prove that point. Given their minuscule numbers, the amount of charity work they do is phenomenal. The canny king who had welcomed the Parsis to India has insisted that they accept Gujarati as their mother tongue, something that ensured their complete assimilation of the Indian ethos.

With the political machinations of one Hindu king Jayachand, against his own son-in-law, Prithviraj Chauhan, for having the temerity to elope with Samyuktha, the Muslims entered India as invaders. Even though the land was then plundered, the second and third wave of Muslims who came put down roots in this land and settled down. This land became as much their home as that of the indigenous Hindus. This is precisely why there were enough numbers of Muslims for a Pakistan to be carved out of people living side by side for generations.

The British were the last set of outsiders to enter this country. To them, this was very much their colony, the distance of their feelings equal to that of the distance between their cold shores and India. Monarchs of England ruled this vibrant land. India was a source of great wealth for the British Empire. Much like a parasite, ensuring the good health of its host, a modicum of care was given to this country. But, unlike the Mughals who had their own stake in the country, “home” for the British was always England. Leaving the railway system and the precious gift of the English language, the White men left India to its own devices of government.

The carving up of the domain in the name of religion was deeply wounding to both the Hindus and the Muslims, as well as the surrounding geographical areas as well. This is a surgery that has not healed after seventy years. Much like Siamese Twins, separated at birth, yet obsessed by each other, India and Pakistan glare at each other over a British drawn border. It’s a textbook of love-hate relationship of siblings, blown up to the level of nationalities.

Again the culprits were the personal obstinacy, preferences and obduracy of the leadership stalwarts of 1947, that set the local political motion in pace. Pakistan was created out of an amalgam of religion, insecurity, over confidence and a justified dislike of Jawaharlal Nehru, the darling of the king-maker Mahatma Gandhi. Nehru was what is known as a coconut, white inside and brown outside.

He was responsible for the correct decision of a non-vindictive attitude to the erstwhile masters, Britain. His love for science and a privileged person’s obsession for socialism, led India into a silent and Bonsai-sized cultural revolution and as in the case of China, the effects equally far-reaching and disastrous for what was essentially the welcoming nature of Indian society. The pantheon of thirty three million divinities had simply adjusted to incorporate Jesus, Mother Mary and the apostles, as well as the imageless God of Islam. The Granth Sahib of the Sikhs received the same set of worship as the idols of Hindu worship. There was a general balance of divinities with their attendant acolytes.

In any pluralistic society, the rights of the minorities have to be protected. But that does not mean that the rights of the majority are denied. The only possible guarantee that can be given across all ranks of society is equality of opportunity. Any other equality is a mirage. The whole of creation is unequal. To try to banish all differences is to attempt to play at being a Super God and has failure built within itself.

This writer was thrilled to see a statue of Saraswati, the Indian Goddess of Learning revered by the Indonesian Embassy at Washington. Not only is Saraswati sculptured to look beautiful and serene, majestic on Her swan vehicle, there are children obviously learning by Her feet. This is in a largely Muslim country.

How many places in India would now dare to have such an evidently “religious” symbol? How many political parties would be able to resist creating yet another issue, both for and against such “fundamentalism”? Being anti-Muslim is not being pro-Hindu. Words like “Islamic terrorism” and “Hindu terrorism” are being bandied about irresponsibly by almost all political parties. Any real attempt by either sides at genocide, will lead to the Partition of 1947 looking like a one-off street brawl. It is (unfortunately) the silent majority in all religious groups, that ensure that there is a largely bloodless arena for the “saviors” of all faiths to play out their drama.

India has never hesitated to learn from others, assimilate that knowledge and apply it with a thoroughly Indian flavour to it. Instead of feeling “insecure” that the Christian Church now lights lamps side-by-side with candles and have brides wear bright coloured saris rather than the traditional white etc, India should celebrate the spread of her special inclusive culture.

It is only a mind without fear and prejudice that can create a nation of happy people. Any government which fails to do so is ineffective. A Hindu Goddess openly revered by a Muslim country will hopefully, lead to introspection in this great nation, once a paradise for all great faiths. 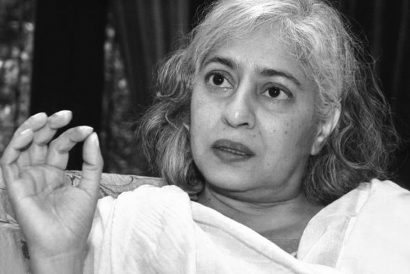 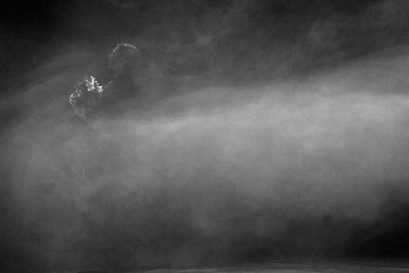 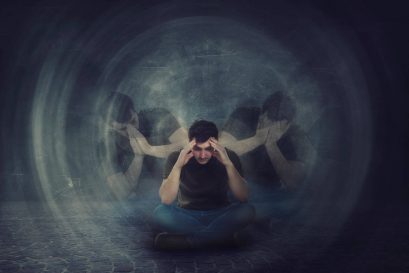