My God is not better than yours 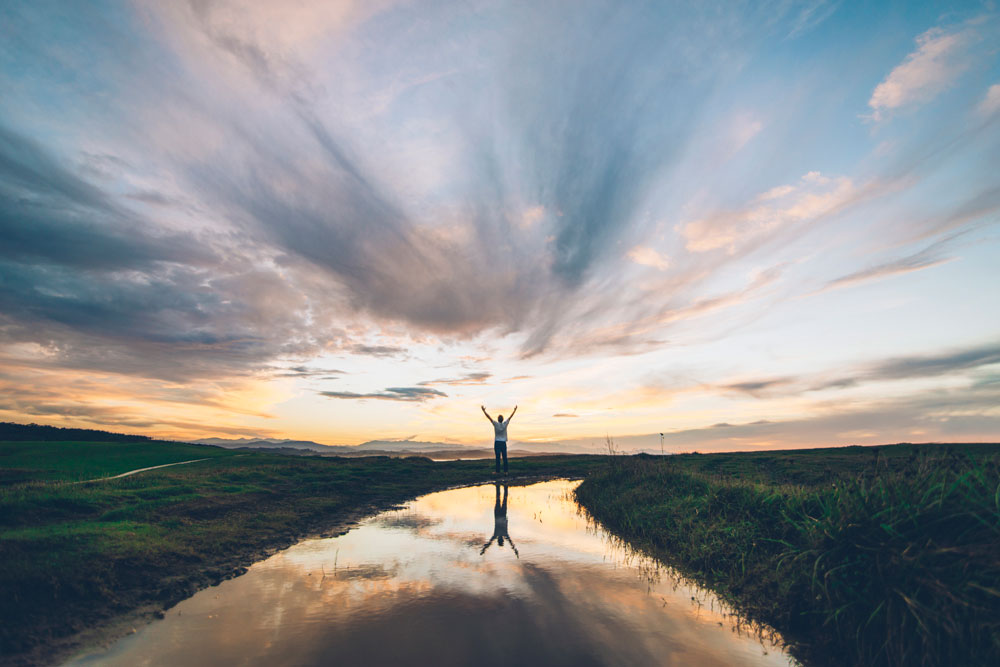 Every religion avers that God is one and claims that each one is a particular path to Divinity. In practical terms, is is more true than what is preached or believed.

The physical shapes of all human beings are the same, barring a very superficial detail of skin colour. Their basic needs are food and shelter. Whether the thin rice gruel of near-starving workers or the unabashedly indulgent seven course gourmet (or is it gourmand?) meal of billionaires, the basic sense that is satiated is that of hunger. The price tag of the victuals is only and clearly a secondary point of consideration, more often to impress others than to satisfy the primary consumer. There is a qualitative difference in an aged single malt whisky sliding like silk down the throat and the illegal pungent brew whose fumes add to it’s definite “kick”.

The next need is that of shelter. Given the ravaging monsoons of Mumbai, for example, the Ambanis’ plush home and the elevated shop front “house” are varying rates of dryness from marauding waters.

The act of sex is built within the DNA of all species. This is to ensure the continuity of creation. As long as desire exists, the burgeoning of species is a guaranteed by-product, until the advent of prophylactics in the case of human beings. The animal kingdom does not have this luxury of choice. The decision whether to neuter pets and other domestic creatures rest solely with the owners, though large proliferation of species may influence the above decision at some level.

Even in wild animals, nurturing of progeny comes instinctively, barring a few cannibalistic parents. But this is the exception, not the rule. In fact neglected human children would be an anomaly if only human beings would care for their kids, the way wild and even carnivorous animals do. In the animal kingdom “caring” for the offspring means ensuring that their young are well fed, have a sheltered place of rest and protection from possible predators. In human terms, apart from the above, there is a sense of “upward mobility” which is a compound of the actual physical sense of well-being and a metaphysical one of better educational grades, job opportunities and any other factor that may contribute to their children improving on their life skills, in turn.

This arises from a genuine and instinctive love for their progeny. Sometimes it is coupled with the societal pressure of one-upmanship. The former nurtures any group of people. The latter has seeds of destruction sown into its very womb of existence.

Any organized group, whether it be a family, tribe or religion is merely a set of people seeking and exuding a basic comfort level. Nations are nothing but large collections of such groups. Sedition is when a large enough group, initially mothered by the parent group, turns away from the tenets and values that it was taught. Such “rebellion” on the part of those the core group brought up is anathema to it.

When an unseen divinity (be it of any denomination) is the main reason for a group of human beings to band together, such a group is called a religion. There are ample instances of off-shoots or reformed units of the mother faith, throughout the world. Such religious movements leave the original religion largely, unchanged and produce a new version of it, which is complete in itself.

Much like the banyan tree system, these groups change and evolve according to history, geography and any other relevant factors. For example, the Buddhism practised in China, India and Shri Lanka have the common name of Lord Buddha, but little else in common. When religious groups are left to themselves, there is no possibility of conflict. In biology it is the survival of the fittest. In economics, market forces decide the outcome, if left untampered. In religion too, it is the devotees who decide the course of the faith.

The greatest example of this is that of Dīn-i Ilāhī, created by no less a personage than the then Emperor Akbar. He had gathered what was best from all the religions and made this new one. Even though the intention was super-sound, the idea just did not take off, despite royal patronage.

The problem is not between divinities and their declared philosophies. It is not even between the followers of these various religions. The conflict lies solely with those who try to manipulate religions for totally ungodly ends and those who try to create an absurd competition among divinities.

The foolishness of their argument is evident in the very first line they tout.

“My God is better than yours.”

By definition “my God” is not “your God”.

Comparing the two is akin to comparing the need for pure air and water. Or happiness and longevity. Or a sharp brain and a kind heart. Or healthy lungs or a healthy heart. Such choices are, in reality, no choices at all.

Religion is largely a matter of faith and not empirical, independently verifiable truth. However, large may be the gathering of believers, faith is a deeply personal matter. Organizers of all religions should take extra care to ensure that what should add positivity and help to the whole of humanity, does not turn out to be a Frankenstein, ready to turn on to it’s creator. Rather like nuclear energy the power of religion lies in the hands of the “operators”. Killers in the name of God are in reality, conjoined twins in the womb of hatred and are in reality, the closest of siblings, notwithstanding their declared, differing goals.

Worldwide there is this unhealthy competition between not women and men of God, but God women/men. The subversive elements have become spokespersons of God. And this is sadly due to the larger, wiser but silent majority.